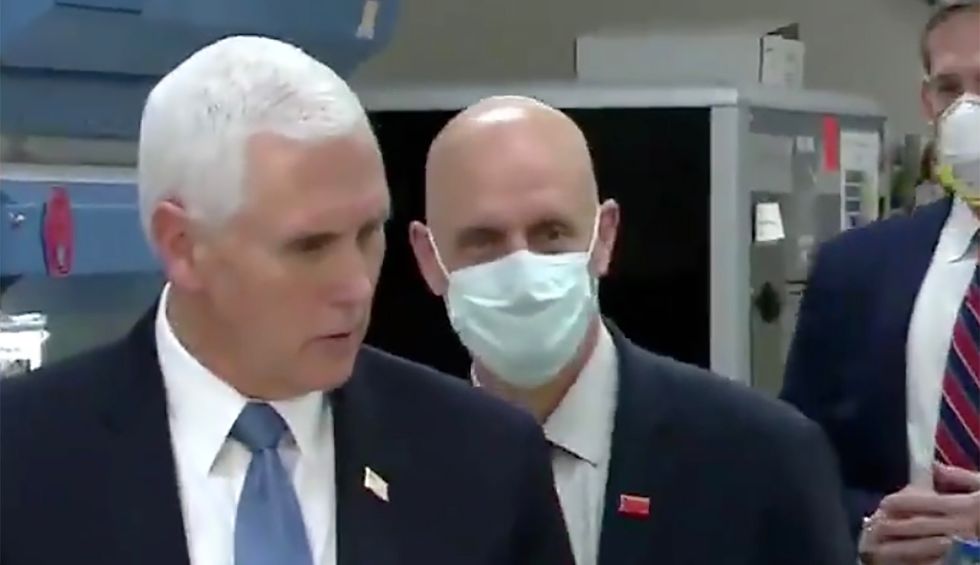 This is a developing story.

According to CNN, Pence spokesperson Devin O’Malley says Mike Pence will not self-quarantine and actually plans to be at the White House on Monday. This contradicts earlier reports suggesting he was going to isolate after exposure to a staff member who tested positive for the novel coronavirus.

As reported by HuffPost Politics shortly before the statement from O’Malley, Pence had allegedly entered self-isolation away from the White House after he had been exposed to a staffer with the novel coronavirus. According to reports, Pence has tested negative for COVID-19 as of Sunday. Bloomberg reports that Pence is staying at the U.S. Naval Observatory in Washington, D.C. “out of an abundance of caution,” according to three people familiar with the situation who wished to remain anonymous. The publication specifies that Pence’s press secretary, Katie Miller, tested positive for the virus as of Friday.

An official in the administration told the Associated Press that Pence is “voluntarily limiting his exposure.” This reportedly includes working from home. Confusingly, a senior official told NBC News that Pence will distance himself from others, but that there are not any restrictions on his schedule.

Jennifer Jacobs, a reporter for Bloomberg, first tweeted out the report about self-isolation. Unsurprisingly, the news quickly went viral on Twitter.

Jeremy Diamond, a White House correspondent for CNN, however, tweeted this report, suggesting Pence will be at the White House tomorrow after all.

“Vice President Pence will continue to follow the advice of the White House Medical Unit and is not in quarantine.… https://t.co/2B7VjTJ10m
— Ben Tracy (@Ben Tracy) 1589150611

As my colleague Hunter covered earlier, Dr. Anthony Fauci is entering a two-week “modified” quarantine as well. Dr. Stephen Han of the Food and Drug Administration, as well as Dr. Robert Redfield of the Centers for Disease Control and Prevention, are also both in quarantine as they had come into contact with people infected with the virus.