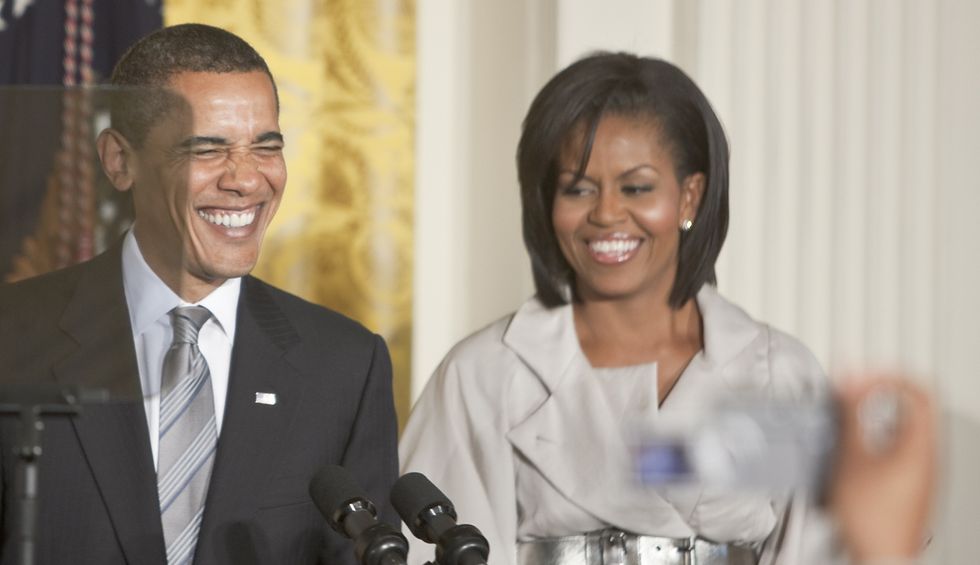 Image via Shutterstock.
Alex Henderson
May 06, 2020

Former President Barack Obama generally kept a low profile during the Ukraine scandal and the impeachment trial of President Donald Trump, preferring to let other prominent Democrats such as House Speaker Nancy Pelosi and House Intelligence Committee Chairman Adam Schiff do the talking. But according to BuzzFeed News reporter Emma Loop, Obama’s office — in a March 13 letter — slammed Republican senators for trying to link Ukraine and former Vice President Joe Biden to interference in the United States’ 2016 presidential election.

A far-right conspiracy theory claims that it was the Ukrainian government, not the Russian government and President Vladimir Putin, that interfered in the 2016 election — and that Ukraine interfered on behalf of Democratic presidential nominee Hillary Clinton. That debunked claim, according to former special counsel Robert Mueller, has no validity. But many Trump supporters have promoted that conspiracy theory anyway, as have Putin allies in the Russian media. And in November 2019, two Republican senators (Chuck Grassley and Ron Johnson) tried to link the Obama Administration, including Biden, to the Ukrainian government.

Loop reports that Grassley and Johnson “have been investigating matters related to Democrats and Ukraine since the fall, when Trump was impeached for his interactions with Ukraine. Grassley and Johnson…. asked the National Archives for records on meetings between the Obama Administration and Ukrainian officials, as well meetings between Obama officials and Alexandra Chalupa, the Democratic operative at the heart of the debunked Ukrainian election interference narrative.”

In a March 13 letter — which was addressed to David S. Ferreiro of the National Archives and Records Administration (NARA) in Washington, D.C. — the office of Barack Obama and former First Lady Michelle Obama asserted that a November 19, 2019 records request from Grassley and Johnson was “not a proper use of” NARA’s resources.

Anita Decker Breckenridge, a records specialist in the Obamas’ office, told Ferreiro, “The request for early release of presidential records in order to give credence to a Russian disinformation campaign —  one that has already been thoroughly investigated by a bipartisan congressional committee — is without precedent…. This use of the special access process serves no legitimate purpose.”

Breckinridge, who sent copies of the letter to Johnson and Grassley, went on to say that “in the interest of countering the misinformation campaign underlying this request,” the Obamas’ office was “prepared” to give “access to the records” that were requested — and added, “In doing so, we emphasize that abuse of the special access process strikes at the heart of presidential confidentiality interests and undermines the statutory framework and norms that govern access to presidential records.”