'Never Trump' conservatives like Meghan McCain are trying to whitewash Sarah Palin's role as the proto-Trump. Don't let them 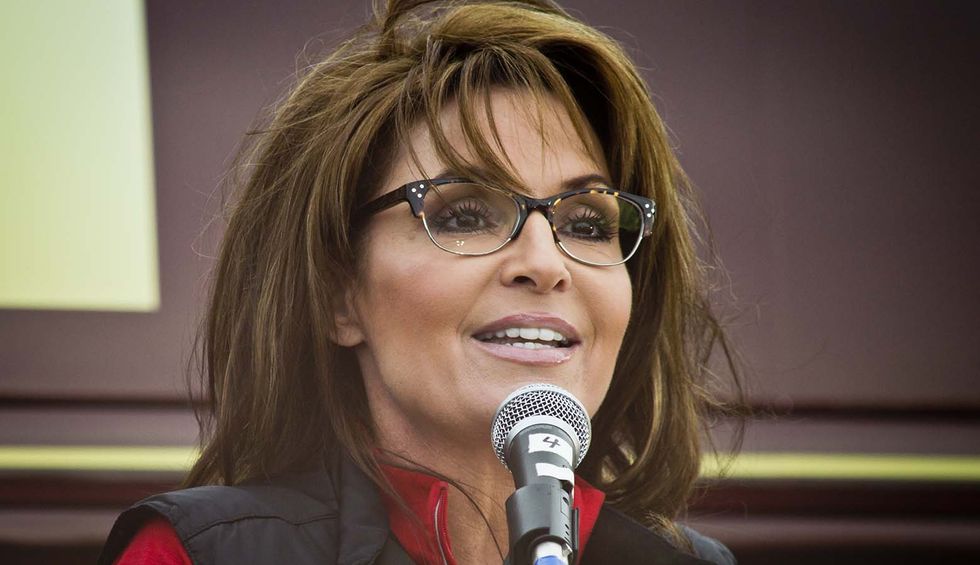 Image via Shutterstock.
David Neiwert
and
Daily Kos
May 26, 2020

Like many of the so-called #NeverTrump crowd, Meghan McCain would like to airbrush history when it comes to explaining how and why Donald Trump came to be the bullying, dominating leader of the Republican Party—to paint Trump as an aberration who seized control of the party from the outside. Recently, she even tried to blame Barack Obama for the Trump phenomenon: “The culture war that I believe is real, and is raging in this country, I believe was ushered in with his administration,” she said, “and then exacerbated in the Trump administration.”

That, of course, is not what happened. The culture wars are a strategy that had its beginning during the Reagan Administration and were cooked into a concrete form by GOP “thinkers” like Patrick Buchanan and Newt Gingrich, but completely consumed the party beginning in 2008, when McCain’s father, John, selected Sarah Palin as his running mate. So I wrote a Twitter thread replying to McCain, laying out this history with video documentation.

Here’s the thread. So far, unfortunately, McCain hasn’t responded. Other “NeverTrumpers”—with similar ties to the 2008 McCain campaign—have in fact contacted me, and I hope to have a fuller report on their responses soon. In the meantime, enjoy the links and the videos.

1) A thread about Sarah Palin, who in many ways was the key figure in the transformation of the Republican Party in… https://t.co/G8I75kwyXi
— David Neiwert (@David Neiwert)1590022371.0

8) However, this extremism had of course already bubbled up during the campaign -- reflected not just in her red-me… https://t.co/EkdqQUrvUH
— David Neiwert (@David Neiwert)1590023970.0

10) Of course, we also know who not only followed suit, but launched his entire political career on the back of thi… https://t.co/d5PIwYUGxA
— David Neiwert (@David Neiwert)1590024669.0

12) Palin also did a lot to pave the way for the gobbledygook word-salad rhetorical style that has been Trump's hal… https://t.co/YZim1JEK6Q
— David Neiwert (@David Neiwert)1590026271.0