‘Light ’em up’: Police open fire on Minneapolis residents filming them from their front porches 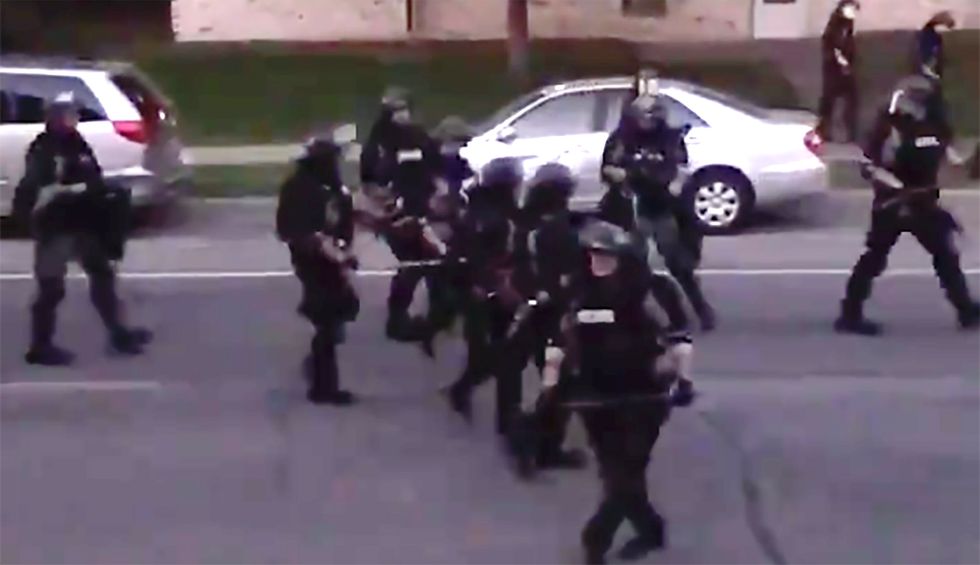 Image via Screengrab.
Bob Brigham
and
Raw Story
May 31, 2020

Video reportedly taken from the Wittier neighborhood of Minneapolis on Saturday shows authorities shooting projectiles upon people filming them from a front porch.

On Friday, Minneapolis Mayor Jacob Frey imposed a curfew on the city, but his emergency order did not apply to citizens’ homes or front porches.

Yet a video posted on Twitter shows a Minnesota National Guard humvee rolling down residential streets, followed by a group of police.

“Look at this, they just keep coming,” a woman is heard saying as the camera shows the police.

“Go inside. Get inside,” the police shouted.

“Get in your house now,” the police demanded as the video rolled.

At that point, things took a dark turn.

“Light ’em up,” one of the cops says, as the rest of the group pause and some pointed long-gun weapons at the people filming from their porch.

Multiple shots are then recorded on the video, along with muzzle blasts.