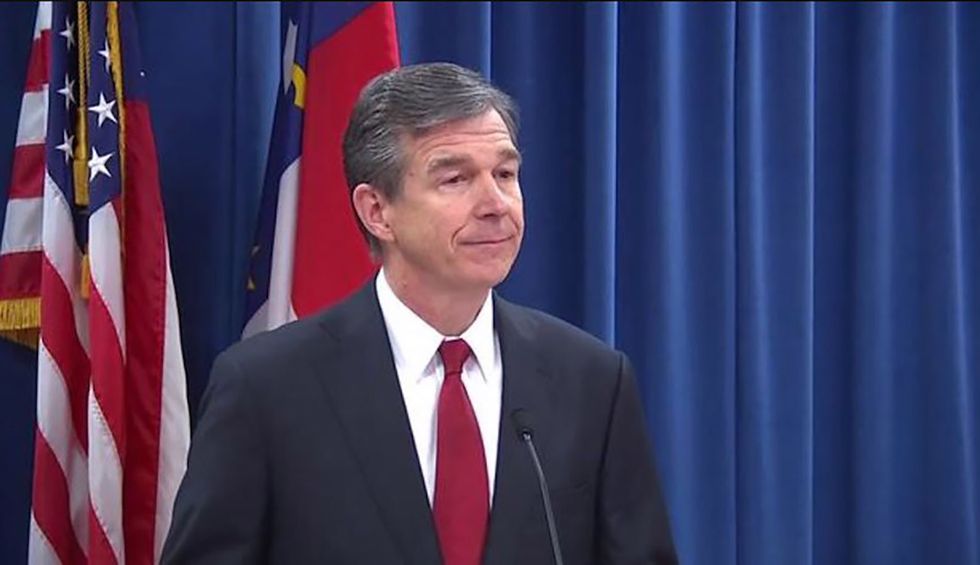 According to Civiqs’ first poll of North Carolina this cycle, big things are afoot in North Carolina, with Democrats poised for wins in the presidential, Senate, and governor contests, and with voters soured on both of their existing Republican senators (including Richard Burr, who has ghoulishly traded on his insider information to profit during the pandemic).

On the presidential front, Biden has a solid lead, 49-46.

In 2016, Trump won the suburbs 60-36 according to exit polls, en route to a 51-47 victory in North Carolina. We’ve seen suburbs turn blue all around the country over the past three years, but a 41-point net shift would be dramatic.

The rural numbers match (58-39 Trump in the 2016 exits), and the urban results are close (60-35 Democratic in 2016). If Biden pulls off the victory with numbers like these, it will be because of suburban voters continuing their flight from the Republican Party.

The Senate numbers are extra exciting, with Democratic challenger Cal Cunningham up 50-41 against Republican incumbent Thom Tills with the same sample.

Remember, Democrats need to pick up net-three, plus the White House, to take control of the Senate. We’re expected to lose the Alabama seat, so that means we have to pick up four others. The top contenders for those pickups have been Arizona, Colorado, and Maine. In fact, our chances in those three states look really good, so we were on the lookout for the fourth option. And here it is.

In fact, North Carolina may be the second most endangered Republican seat after Colorado. Who could’ve seen that coming?

Tillis has a woeful 33-52 approval rating compared to 42-22 for Cunningham. Republicans are going to need to drive Cunningham into negative territory to have any chance of pulling off a victory. Thus, this race will get ugly. Luckily for us, Cunningham was a Lt Colonel in the U.S. Army and did tours of duty in Iraq and Afghanistan. It doesn’t mean Republicans won’t try to drag him through the mud, but it makes their job harder, particularly in a southern state with strong respect for military veterans.

Now, for the governor’s race, we’re going from tightest race, to not so close, to apparently “cake walk,” with incumbent Democratic Gov. Roy Cooper cruising to reelection.

Part of the GOP’s problems in the state may very well be related to COVID-19. Check it out: Here’s people’s satisfaction with the state and local government response to the pandemic:

Now compare those with sentiment over Trump’s response:

I highlighted the suburban cross-tabs because it points to one possible reason the suburbs have turned against Trump so fiercely in just three short years. They really appreciate the state’s efforts to mitigate the effects of the coronavirus, and they really hate whatever it is Trump is doing. Apparently, blaming China isn't an electoral winner.

One last fun note: Sen. Richard Burr isn’t just the only senator to have voted against a law to ban lawmakers from profiting from insider knowledge, but he’s one of the handful of Republicans who have been busted profiting from secret COVID-related briefings to the tune of up to $1.5 million.

In case you’re wondering how that might play with voters back home, wonder no more:

Burr is chair of the Senate intelligence committee, and as such, is one of the "Gang of 8"—the eight lawmakers in the House and Senate receiving the most sensitive intelligence briefings.

In addition, that same committee also concluded that Russia did interfere in the U.S. elections in 2016, drawing ire from conservatives for undercutting Trump’s attempts to label those charges as “a hoax” and “false news.” So with Democrats hating the guy for being a Republican, and Republicans hating him for being insufficiently loyal to their Dear Leader, it has left Burr in a political no-man’s land.

Still, given Tillis’ own anemic approval numbers—33-52—there may be a spillover effect taking place. If Burr is dragged down by greed, corruption, and insufficient fealty to the Republican King, it may be so damaging overall that it infects the entire Republican ticket up and down the North Carolina ballot.

But that is just speculation at this point. Fact is, Republicans are doing uniformly poorly in the state, and the same suburban shifts we’ve seen all over the country the last several years may finally help put an end to both Trump’s presidency and McConnell’s reign of terror in the Senate.