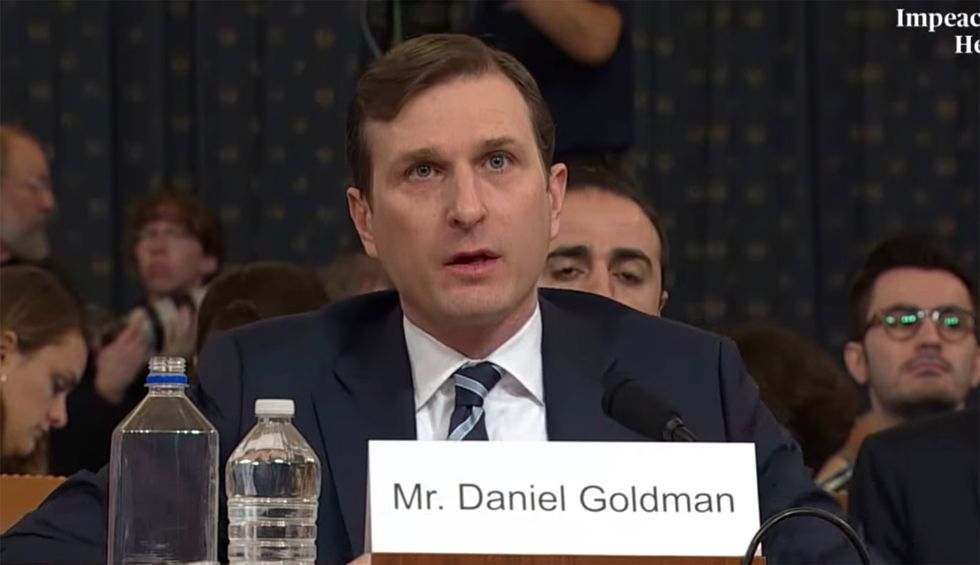 Image via Screegrab.
Travis Gettys
and
Raw Story
May 20, 2020

The top Democratic lawyer during the impeachment trial says President Donald Trump’s threats against states proves their case against him.

Daniel Goldman, majority counsel in the impeachment inquiry and staff counsel to the House managers during the trial, said the president had attempted to extort states by threatening to withhold aid if they went through with plans to expand voting by mail during the COVID-19 pandemic.

“Just a friendly reminder that the President’s attempted extortion of states was anticipated,” Goldman tweeted.

Goldman cited impeachment witness Pamela Karlan, a Stanford Law professor who testified during the trial that Trump’s request for assistance from Ukraine was similar to him asking a state’s governor to perform a favor in exchange for disaster assistance.

“In fact, it was a hypothetical designed to show how absurd that would be,” Goldman tweeted. “The absurd has sadly become reality.”

Just a friendly reminder that the President’s attempted extortion of states was anticipated. In fact, it was a hy… https://t.co/TIrlF16LPt
— Daniel Goldman (@Daniel Goldman)1589982788.0