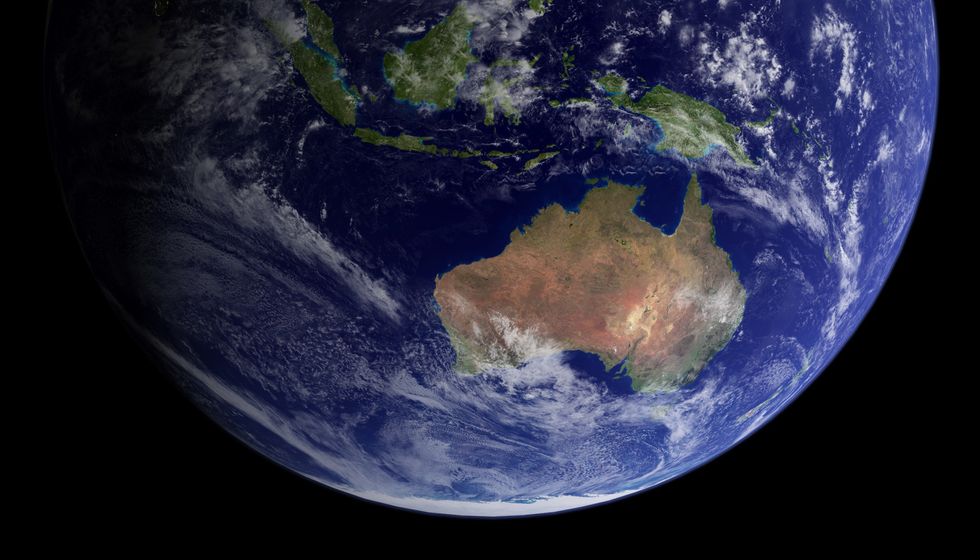 This 2002 Blue Marble featured land surfaces, clouds, topography, and city lights at a maximum resolution of 1 kilometer per pixel. rrNASA image by Robert Simmon and Reto Stˆcklirr NASA Goes to the Olympics ñ View all the cities that have hosted the modern Summer Olympics, starting with Athens in 1896 thru London in 2012. There have been 29 Summer Olympic Games held in 22 different cities. Repeating host cities include Athens, Paris, London and Los Angeles.nnCredit: NASA Earth ObservatorynnNASA image use policy.nnNASA Goddard Space Flight Center enables NASAís mission through four scientific endeavors: Earth Science, Heliophysics, Solar System Exploration, and Astrophysics. Goddard plays a leading role in NASAís accomplishments by contributing compelling scientific knowledge to advance the Agencyís mission.nnFollow us on TwitternnLike us on FacebooknnFind us on Instagramn
Andrea Germanos
and
Common Dreams
May 26, 2020

Human activities threaten to saw off branches of the "tree of life"—putting irreplaceable species at risk of extinction.

So finds a study published Tuesday in the journal Nature Communications which highlights the need for urgent conservation actions.

Barring such action, the researchers wrote, "close to 50 billion years" of evolutionary history worldwide is at risk.

Scientists from Imperial College London and the Zoological Society of London (ZSL) began their research by first analyzing the world's reptiles and then terrestrial vertebrates like amphibians, birds, and mammals, looking at how areas with a high human footprint—including factors like deforestation and population density—coincide with areas containing species with unique evolutionary history, or branches on the tree of life.

The scientists found a troubling overlap, with areas in the Caribbean, the Western Ghats of India, and large parts of Southeast Asia singled out as experiencing both extreme human pressures and unique biodiversity.

A statement from ZSL further explains:

The greatest losses of evolutionary history will be driven by the extinction of entire groups of closely-related species that share long branches of the tree of life, such as pangolins and tapirs, and also by the loss of highly evolutionarily distinct species that sit alone at the ends of extremely long branches, such as the ancient Chinese crocodile lizard (Shinisaurus crocodilurus), the Shoebill (Balaeniceps rex), a gigantic bird that stalks the wetlands of Africa, and the Aye-aye (Daubentonia madagascariensis), a nocturnal lemur with large yellow eyes and long spindly fingers.

At risk with the possible extinctions is not just the intrinsic value of the threatened species in and of themselves but their roles in the greater web of life. From BBC News:

Many [of the at-risk animals] carry out vital functions in the habitats in which they live. For example, tapirs in the Amazon disperse seeds in their droppings that can help regenerate the rainforest. And pangolins, which are specialist eaters of ants and insects, play an essential role in balancing the food web.

Lead author Rikki Gumbs of ZSL's EDGE of Existence program and the Science and Solutions for a Changing Planet Doctoral Training Partnership at Imperial College London put the findings in stark terms.

"Our analyses reveal the incomprehensible scale of the losses we face if we don't work harder to save global biodiversity," said Gumbs. "To put some of the numbers into perspective, reptiles alone stand to lose at least 13 billion years of unique evolutionary history, roughly the same number of years as have passed since the beginning of the entire universe."

Among species the study identified as in need of urgent conservation efforts—because of their evolutionary uniqueness and being endemic to regions under intense human pressure—include the Mary River turtle (Elusor macrurus), the Purple frog (Nasikabatrachus sahyadrensis), and the Numbat (Myrmecobius fasciatus).

"Our findings highlight the importance of acting urgently to conserve these extraordinary species and the remaining habitat that they occupy—in the face of intense human pressures," said co-author James Rosindell of Imperial College London.

In blog post for ZSL's EDGE of Existence program, Gumbs highlighted the scope of the problem.

"We are still learning the true extent to which human activities are encroaching on our natural habitats and threatening our most unique and important biodiversity. Our findings indicate that the magnitude of our impact as a species on the natural world is incomprehensibly large, and appears to be overwhelmingly impacting the most irreplaceable areas and species on the planet," he wrote.

Despite the grim picture, it's still possible to avert more serious losses, Gumbs added, noting that "evidence suggests that even small increases in the global protected area network can lead to huge gains in conservation impact."

"If we can work together to reduce our impacts on the natural world and conserve our natural habitats and species," he wrote, "we have the opportunity to avert the loss of an incredible amount of irreplaceable biodiversity."