‘He ain't bright’: Trump brutally mocked for 'nonsensically' insisting there are ‘many per capitas’ 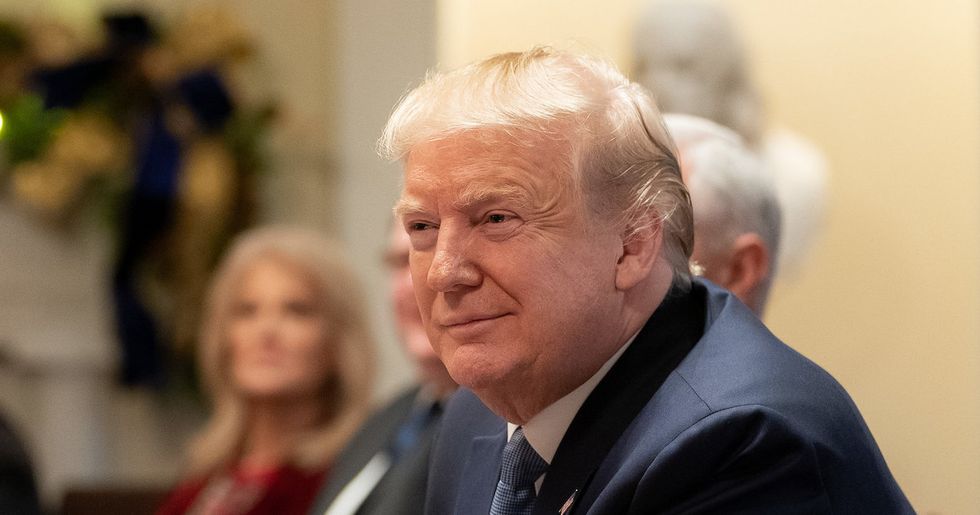 This week, President Donald Trump defended his response to the coronavirus pandemic by asserting that that the number of COVID-19 deaths in the United States isn’t so bad when analyzed on a per capita basis. But when Trump expanded on that line of thinking, his statement led to brutal mockery on social media.

“And you know, when you say ‘per capita,’ there’s many per capitas,” Trump asserted. “It’s like, per capita relative to what? But you can look at just about any category, and we’re really at the top, meaning positive, on a per capita basis too.”

On MSNBC’s “Morning Joe,” hosts Joe Scarborough and Mika Brzezinski slammed and fact-checked Trump on Thursday morning, May 21 — noting that according to researchers at Johns Hopkins University in Baltimore, the U.S. has the ninth highest coronavirus death rate, per capita, in the world (and the highest numbers of coronavirus deaths period). But Scarborough and Brzezinski’s comments, as biting as they were, weren’t as brutal as some of the things that Twitter users have been saying about Trump’s “there’s many per capitas” statement. Trump, some of those Twitter users stressed, sounded like he didn’t understand what per capita means.

@Nicoxw1 asked, “How did this guy made it through elementary school?” And @kingsrush, responding to Trump’s “there’s many per capitas” statement, wrote, “This is news to everyone ever.”

Louisiana Democrat Rob Anderson, @RobAnderson2018, explained, “For the cheap seats, ‘per capita’ means ‘for each person,’ literally ‘by heads.’ It means ‘per person.’ There aren’t ‘many per capitas,’ that’s a nonsensical thing to say.”

@JRehling, similarly, posted, “There is one per capita. There is not any other one. For each person; in relation to people taken individually. ‘The state had fewer banks per capita than elsewhere.’”

@Medwoman1 posted, “Ok, I would like any Trump supporter to listen to this statement and then explain to me how this individual has any business being in the WH. What is that I hear? A stomping hoard of crickets?”

@_ReaalAmerican_ was short and to the point, posting, “He ain't bright.” And @eag_72 wrote, “The US has the dumbest president per capita.”

@girlsreallyrule The US has the dumbest president per capita.
— BabyFishMouth (@BabyFishMouth) 1590076030.0