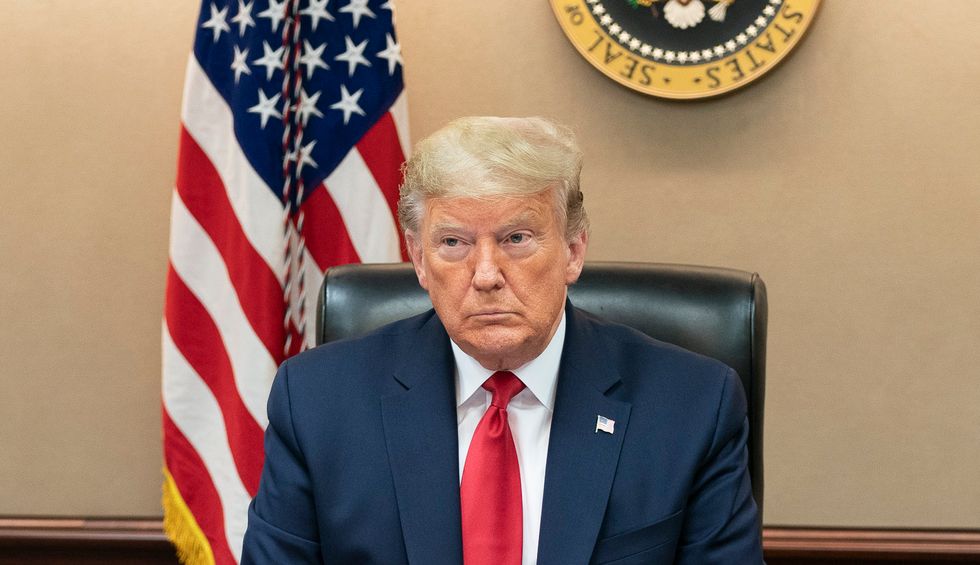 So impeached president Donald Trump has just found out that 1) he’s unpopular, and 2) the people doing the heavy lifting—the governors—are so popular.

Remember this, every Governor who has sky high approval on their handling of the Coronavirus, and I am happy for th… https://t.co/7bIid7cZrs
— Donald J. Trump (@Donald J. Trump) 1589284586

You know this is killing Trump because those governors are SO VERY MUCH more popular. The disparity is so stark, in fact, that the Daily Kos Elections crew has been tracking it!

Just about everywhere, with one key exception, governors are in positive territory while Trump is generally in negative territory—until you get to the more solidly red states. So let’s take a look at the disparities in some interesting (and key) states:

The starred states are the seven key presidential battlegrounds—the states that will decide the next president of the United States.

Trump is in negative territory in all of them except Georgia, where he’s sitting at exact parity (49-49 in that poll, to be exact). Georgia is the only state that has so mismanaged the COVID-19 crisis that even the governor is in negative territory. I bet there are a bunch of people wishing they’d voted for Stacey Abrams instead.

The top four of those starred battleground states—Pennsylvania, North Carolina, Michigan, and Wisconsin—are all led by Democratic governors.

A popular Democrat and an unpopular Republican president in those critically important states don’t augur well for Trump’s chances in November. The rank unpopularity of both the Republican governor and the president in Georgia also augurs poorly.

It matters, politically and electorally, that governors are getting all the credit for whatever progress we make against the pandemic. Because Trump is now in the worst place possible:

Trump gets blamed for everything that is wrong about the pandemic (like the 80,000 dead and counting).

Governors are getting credit for the successes (like flattening the curve).