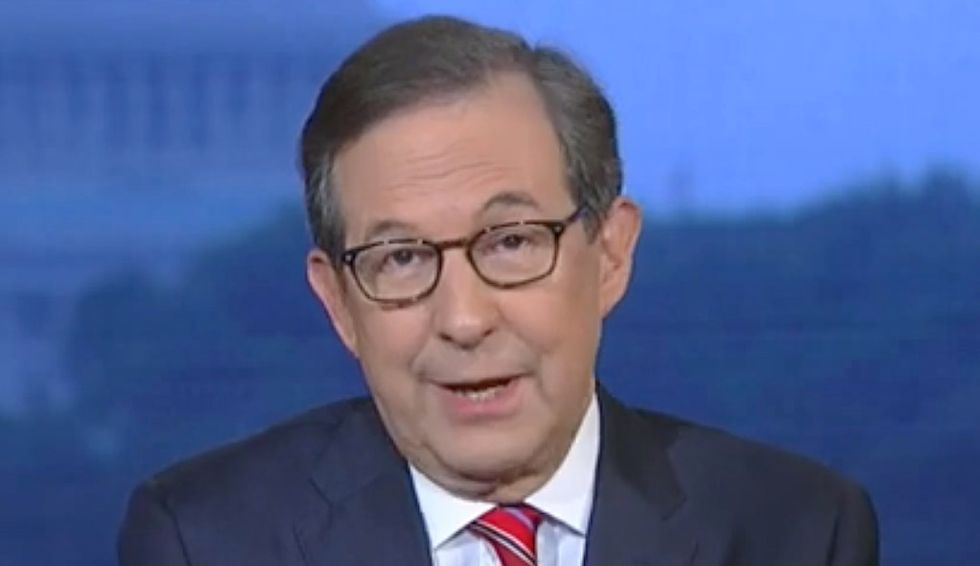 This week, President Donald Trump doubled down on his rhetoric opposing voting by mail — insisting that the practice encourage voter fraud, even while he claims he personally should be allowed to mail in his ballot. Plenty of liberal and progressive outlets have been attacking Trump’s claim as baseless fear-mongering, but a prominent voice in right-wing media disagreed with him as well: Fox News’ Chris Wallace.

During a Friday morning appearance on the Fox News program “America’s Newsroom,” Wallace laid out some reasons why the facts don’t support Trump’s case against voting by mail.

“I’ve done some deep dive into it,” Wallace explained. “There really is no record of massive fraud or even serious fraud from mail-in voting. It’s being carried out in Republican states, it’s being carried out in Democratic states; there is no indication that mail-in voting as opposed to in-person voting tends to favor one party over another. If anything, it tends to favor Republicans.”

Wallace added that the people who “historically, have tended to vote most often by mail are elderly people — people over 65. And they tend to vote more Republican than Democratic.”

The Fox News host noted that there can be an “issue” with “vote harvesting, where instead of mailing in your ballot, you’ll get people who will go into a community and vacuum up — collect all the ballots, say they’re going to take them in. And then, the danger, of course, is that they will disgard the ballots from neighborhoods that they think are going to vote for the other party. We’ve seen that in North Carolina: there was a big case involving a Republican who did that and helped a Republican win the election. It was so serious that they had to have a new election.”

Wallace was referring to a North Carolina election of 2018, when Democrat Dan McCready conceded to Republican Mark Harris in a U.S. House of Representatives race. McCready withdrew his concession after learning that GOP operative Leslie McCrae Dowless was suspected of picking up hundreds of absentee ballots and failing to return them.

Wallace stressed, however, that “when people get their ballots and mail them in themselves, (there is) no history of fraud at all.”

The conservative host was asked about Texas Lt. Gov. Dan Patrick’s claim that mail-in ballots might be stolen from someone’s front porch and mailed in by the person the ballot wasn’t intended for. And the Fox host responded, “What he’s basically saying is you can’t trust the U.S. Mail. I don’t know — that strikes me as kind of a reach here. And again, the history is that mail-in ballots are honest, and there is very, very little indication of fraud.”