Far-far conspiracy theorist Alex Jones threatens to resort to cannibalism: 'I will eat my neighbors' 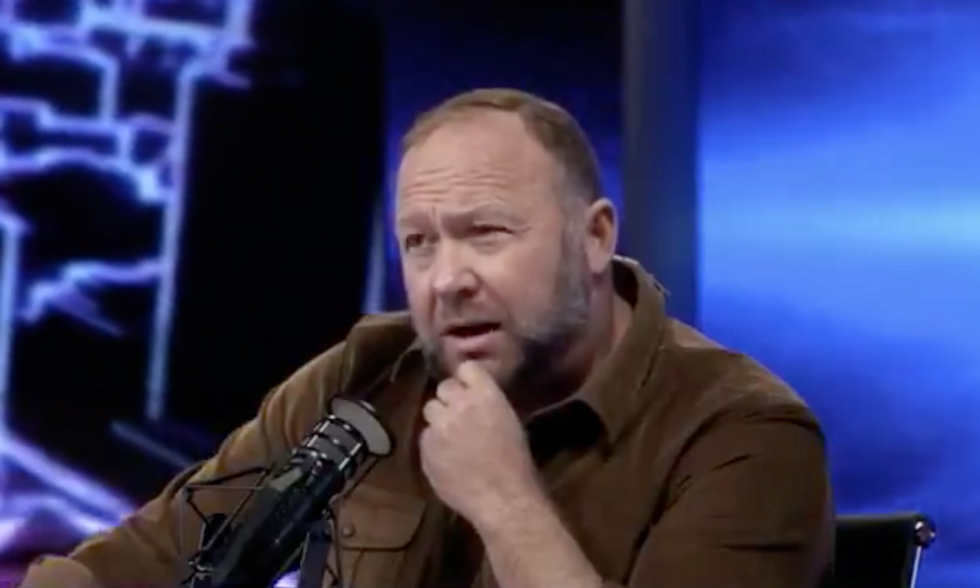 Far-right conspiracy theorist and Infowars founder Alex Jones has a long history of saying outrageous things in order to draw attention. And this week on his radio show — with the deadly coronavirus pandemic raising concerns about safety at food processing plants and integrity of the supply chain — Jones threatened to resort to cannibalism if faced with food shortages.

“I’ll admit it: I will eat my neighbors,” Jones told listeners. “I’m not letting my kids die.”

Jones asserted that although he is stocking up on food as much as possible, he will resort to cannibalism if food shortages become a reality and he ever runs out of food. Jones told listeners, “I’m literally looking at my neighbors now going, ‘I’m ready to hang them up and gut them and skin them and chop them up.’ And you know what? I’m ready. My daughters are not starving to death. I’ll eat my neighbors.”

Twitter users have had a lot to say about Jones’ rant. @SaveusfromGOP suggested that as an alternative to cannibalism, Jones “could grow a garden of vegetables” — and @arttavana commented, “Imagine just being this weirdo's neighbor.”

@Jcartwit tweeted, “I gather he isn't the most popular guy in the neighborhood right now,” while @rann5818 lamented, “There have got to be better ways to make a buck these days than this.” And @JHilbert50 wrote, “I’m like seriously concerned for the people that watch this man.”

@BarstoolNewsN Um, does anyone know what his address is? As an Austinite who does not want to be chopped up and eat… https://t.co/ZKTsCm5lwx
— miss speech (@miss speech) 1588350626.0