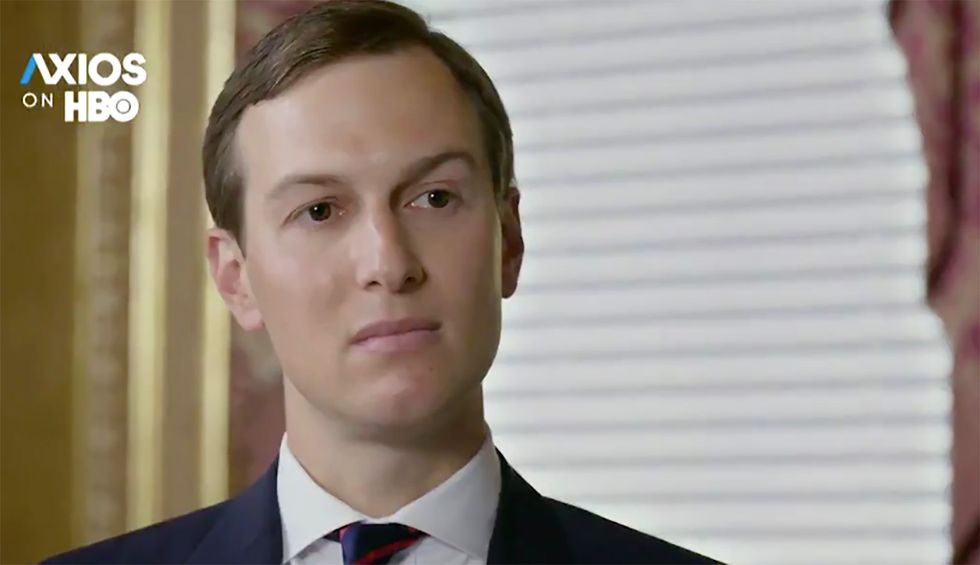 With the U.S. Department of Justice’s decision to drop the case against former National Security Adviser Michael Flynn, former special counsel Robert Mueller’s Russia investigation has returned to the headlines. And an article by journalist Dan Friedman for Mother Jones offers some insights on White House Senior Adviser Jared Kushner’s relevance to the investigation.

Last week, Friedman explains, the House Intelligence Committee — which is now headed by Democratic Rep. Adam Schiff of California — “released a transcript of a once behind-closed-doors interview with Jared Kushner in which Trump’s son-in-law evaded a question about his relationship with Rick Gerson, a New York hedge fund manager and a long-time friend of Kushner.” That interview took place on July 25, 2017, when Republicans still had a majority in the U.S. House of Representatives but Schiff grilled Kushner about a December 2016 meeting at the Four Seasons Hotel in Manhattan. Those attending that meeting included Kushner, Flynn, the United Arab Emirates’ Sheikh Mohammed bin Zayed and former Breitbart News Chairman Steve Bannon.

Investigators, Friedman notes, “were interested in the UAE contacts because in January 2017, the UAE arranged a secret meeting in the Seychelles between a Russian sovereign wealth fund manager and Erik Prince — an informal Trump campaign adviser and the founder of the controversial Blackwater security firm. Prince is the brother of Education Secretary Betsy DeVos.”

When Kushner was questioned about Gerson on July 25, 2017, he downplayed his importance by describing him as merely “a guy.” But Friedman notes that Gerson, according to the Mueller Report, had been a campaign adviser for Trump’s 2016 presidential campaign and arranged meetings for Kushner — including the one in December 2016 with Sheikh Mohammed bin Zayed.

“The Seychelles meeting has never been fully explained,” Friedman writes. “Was the Trump campaign, through Prince, trying to set up a private backchannel to Moscow? The Mueller Report offered no definitive conclusion about the meeting. But it noted that in December (2016) and January of 2017, Gerson worked with (Kirill) Dmitriev on a proposal for reconciliation between the United States and Russia.”

Dmitriev is an ally of Russian President Vladimir Putin. And Friedman notes that the newly released transcript of the July 25, 2017 interview is the “latest development that raises questions about Kushner’s foreign contacts during the campaign.”