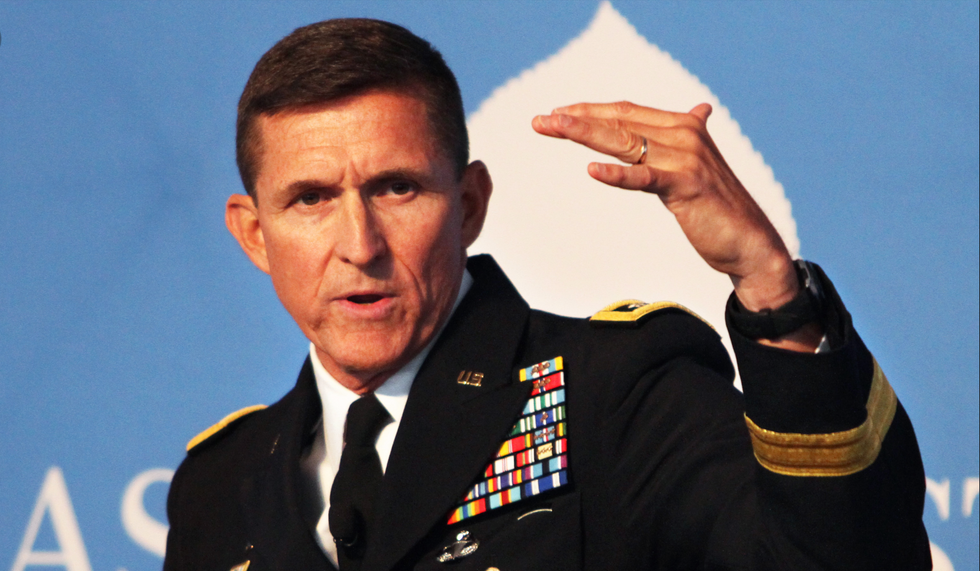 Former National Security Adviser Michael Flynn got a lucky break when, on Thursday, the U.S. Department of Justice under Attorney General William Barr decided to drop the federal case against him. Flynn pleaded guilty to lying to the Federal Bureau of Investigation about his communications with former Russian Ambassador Sergey Kislyak in December 2016, but Barr clearly shares President Donald Trump’s view that Flynn never should have been prosecuted in the first place.

Washington Post opinion writer David Ignatius, however, raised a key point in his column that that gets to a core mystery of the Russia investigation: If Flynn did nothing wrong during a phone conversation with Kislyak on December 29, 2016, why did he lie about it?

Ignatius recalls that when he wrote about Flynn’s interaction with Kislyak in his column in early 2017, he quoted a question that Democratic Rep. Adam Schiff, now chairman of the House Intelligence Committee, had asked him: “why would (Flynn) conceal the nature of the call unless he was conscious of wrongdoing?” And Schiff’s question, according to Ignatius, is still valid now.

Looking back on December 2016 — which was President Barack Obama’s last full month in office — Ignatius recalls that on December 29, Obama kicked 35 Russian diplomats out of the U.S. because of Russian interference in the presidential election. And Flynn spoke to Kislyak that same day. Obama, Ignatius notes, “was trying to impose costs on an adversary,” whereas the “evidence shows that Flynn wanted to reassure this same adversary and to avoid confrontation.”

Flynn has admitted that when he spoke to Kislyak during that lame duck period — when Obama was on his way out and Trump was on his way in — he told the Russian ambassador, “We’ll review everything.” And later, Flynn was questioned by the FBI.

“Was Flynn improperly tricked in his January 24, 2017, interview with the FBI into misstating what he had told Kislyak?,” Ignatius writes. “If so, why did he resign and later plead guilty?”

According to Ignatius, “The issue Flynn was discussing with Kislyak was so serious. Russia had secretly subverted our democratic elections. Obama, who had delayed sanctions far too long, finally took action with the December 29 expulsions. He did so on behalf of the nation, whose election system had been attacked.”

On February 13, 2017, Flynn resigned from his position as national security adviser in Trump’s new administration.

“In Flynn’s February 13, 2017, resignation letter,” Ignatius explains, “he admitted that he had made misleading statements to Vice President Pence about the Kislyak call. Here’s how he put it: ‘Because of the fast pace of events, I inadvertently briefed the vice president-elect and others with incomplete information regarding phone calls with the Russian ambassador.’ That’s not the FBI talking, it’s Flynn. And the question, again, is why he misstated the facts.”

Even Special Counsel Robert Mueller never got a full answer to this question.

Ignatius wraps up his column by stressing that when an outgoing president was sanctioning the Russian government for interfering in a presidential election, the last thing Flynn should have been doing is saying something reassuring to a Russian ambassador.

“Why was the incoming national security adviser telling the Kremlin’s man in Washington not to worry about the expulsion of 35 of his spies, because when the new administration took office, ‘we’ll review everything?’” Ignatius writes. “That was the wrong message to be sending in December 2016. And with the accumulation of evidence since then about the scope of Russian subversion, it’s even more troubling.”