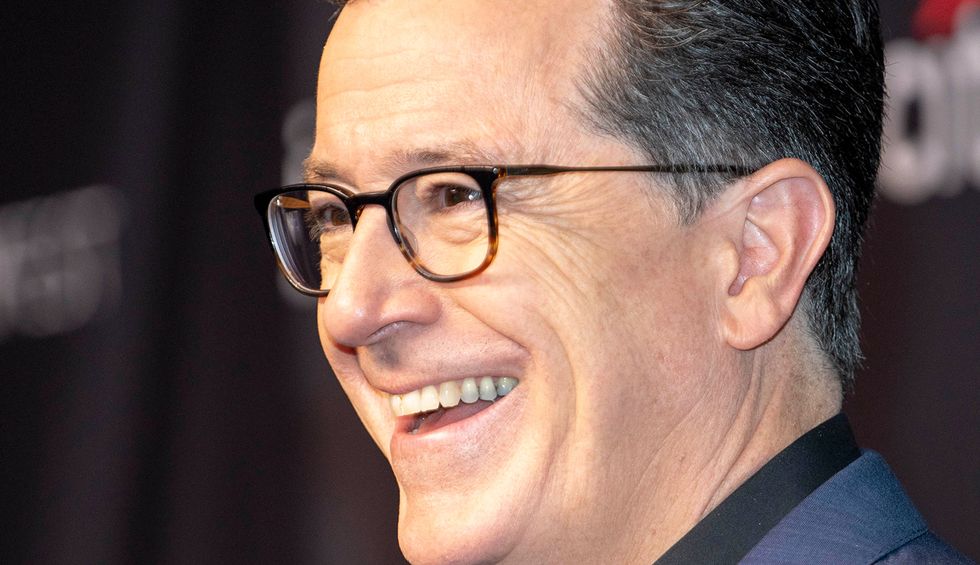 "Late Show" host Stephen Colbert couldn't help but mock President Donald Trump for refusing to wear a mask to protect himself from the coronavirus, but he is more than willing to take a pill that could kill him.

Studies revealed this week that wearing a mask can reduce transmission of the coronavirus by 75 percent. While it isn't known the degree to which hydroxychloroquine can prevent the virus, the president has been taking it anyway.

"Great studies came out of Italy on hydroxy-- you know what I'm talking about, right? Right?" Trump asked those attending his cabinet meeting.

Trump said he doesn't have the virus, but after coming in contact with so many people with the virus, he decided to demand the drug.

"And those aren't hydroxychloroquine's only side effects," he continued. "According to the Mayo Clinic, they also include-- and I'm not making any of these up -- blistering, peeling; loosening of the skin; feeling that others can hear your thoughts; feeling, seeing, or hearing things that are not there; unusual behavior, and unusual facial expressions. Oh, no! We're too late!"

Colbert then flashed a photo of Trump on the screen, making a bizarre face with loose skin depicting unusual behavior.

See the hilarious video below: