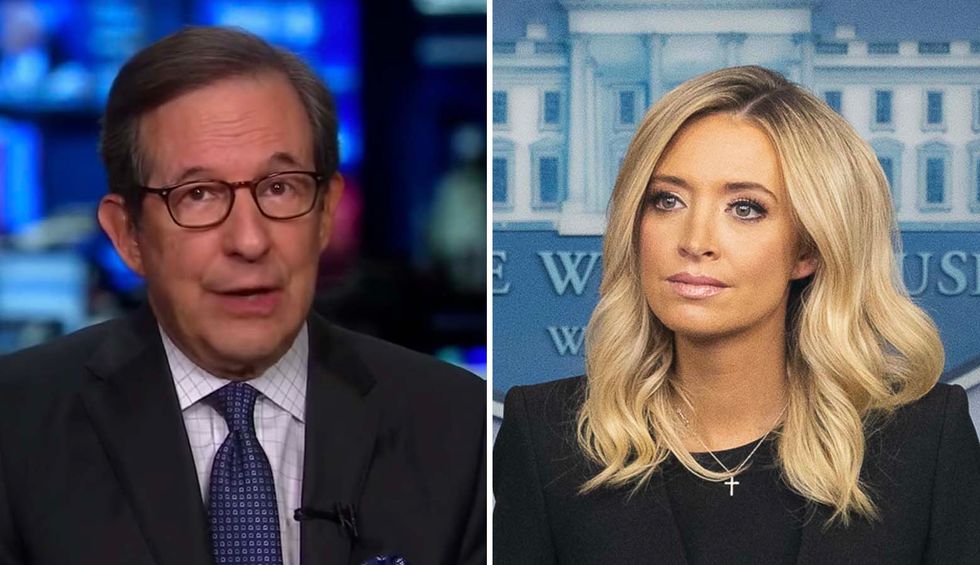 There aren’t many people at Fox News who President Donald Trump angrily rails against on Twitter, but Chris Wallace is an exception. Wallace, although conservative, isn’t shy about being critical of Trump and his administration at times — and on Sunday, May 24, Wallace called out White House Press Secretary Kayleigh McEnany for questioning the faith of White House reporters.

Trump is demanding that governors in the U.S. allow churches to fully reopen sooner rather than later — and McEnany, at a press conference, joined him in that assertion. Reporters, however, brought up a very legitimate concern of governors: crowded religious gatherings, governors worry, could promote the spread of coronavirus. And McEnany accused White House reporters of being anti-religion — a claim that Wallace stressed was way out of line.

Wallace, speaking to a panel that included Democratic strategist Donna Brazile and the National Review’s Jonah Goldberg, asserted, “Donna, I spent six years in the White House briefing room covering Ronald Reagan. I have to say, I never — and in the years since too, I never saw a White House press secretary act like that.”

ABC News’ Sam Donaldson, Wallace recalled, was known for being aggressive at Reagan White House press briefings — and he would have had zero tolerance for the way in which McEnany has been conducting herself with reporters.

The conservative Goldberg was highly critical of McEnany as well, telling Wallace, “What Donald Trump wants in a press secretary is a Twitter troll who goes on attack. Doesn’t actually care about doing the job they have, and instead, wants to impress really an audience of one and make another part of official Washington another one of these essentially cable news and Twitter gladiatorial arenas.”

Brazile, meanwhile, was nuanced in her criticism of McEnany and told Wallace, “I know Kayleigh. I think she’s an extraordinary person. But this combative — this posture that she has taken into the job — I don’t think is the right posture. I would hope that she could tone it down a little bit.”