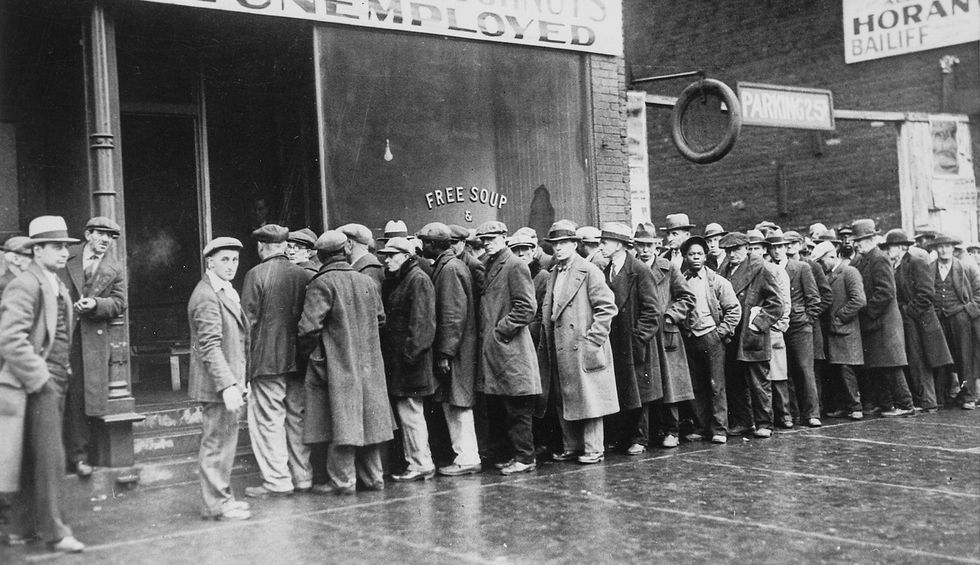 The U.S. Bureau of Labor Statistics delivered some terrible news on Friday morning, May 8: unemployment in the United States had reached 14.7% in April — a month in which 20.5 million U.S. jobs were lost. The coronavirus pandemic has brought on not only more job losses than the Great Recession of the late 2000s and early 2010s; it is also rivaling the Great Depression from an economic standpoint. Millions of Americans are struggling badly, and journalist Alana Semuels takes a look at their struggles in a May 7 article for Time Magazine.

One of the people Time interviewed was 58-year-old Maricela Betancourt, who was laid off from her job as a janitor at Tesla’s Fremont, California factory and received her last paycheck on April 8.

Semuels notes that Betancourt “owes $1325 for an emergency–room visit in March and is struggling to pay for rent, internet and food. Her husband, a construction worker, also lost his job during the COVID-19 economic collapse. So did their son Daniel, 20, who is the first in their family to go to college and was helping to pay his way with a job at an arcade. The family put their stimulus funds toward Daniel’s tuition and prays something will come through before June rent is due.”

However, Tesla CEO Elon Musk saw his net worth reach $36.6 billion in April. Betancourt told Time, “It’s obviously a millionaire company that has enough resources to thrive. But as workers, we live paycheck to paycheck — and now, we don’t even have that paycheck. So, we don’t know what we’re going to do.”

Semuels emphasizes that economically, the coronavirus pandemic has been especially hard on Americans who can least afford it.

“During the Great Recession, while pain was widespread across industries, many service workers kept their jobs as consumers decided a dinner out or a haircut were small luxuries they could afford,” Semuels notes. “This time, the majority of people laid off are working–class and disproportionately women and people of color, who had been living paycheck to paycheck — their expenses rising while their wages stagnated. One lost job or missed rent payment threatens to tip them into an economic abyss.”

Another American Semuels discusses in her article is 41-year-old Georgia resident Tanisha Robinson, who lost her job as a nanny in mid-March.

“As her savings dwindled, Robinson turned to what has become the fallback for many: asking strangers on the internet for help,” Semuels reports. “A $25 donation from a new Twitter friend paid for groceries; funds from another Twitter user, coupled with Robinson’s stimulus payment, covered April rent. As May approached, she was again out of money.”

Robinson, who suffers from lupus, told Time, “I literally have to choose which medications are most important and which I can get by without taking.”

Other examples of newly unemployed Americans cited in Semuels’ article range from 41-year-old Miami resident Fritz Francois (who lost his job as a hotel bell captain but has yet to receive his unemployment or stimulus checks) to Eileen Cheng, a 60-year-old florist in Fort Lauderdale, Florida. Cheng told Time, “Everything just went down to zero…. I’m asking myself, ‘Am I able to recover?’”

According to Samuels, the coronavirus pandemic is brutally underscoring the class divisions in the U.S.

“The growing gap between America’s rich and everyone else is hardly new,” Semuels writes. “But the extraordinarily rapid economic collapse catalyzed by COVID-19 has made the chasm deeper and wider, with edges that keep crumbling under the feet of those crowded on the edge.”