Ahmaud Arbery involved in confrontation with father-son duo days before they killed him: neighbor 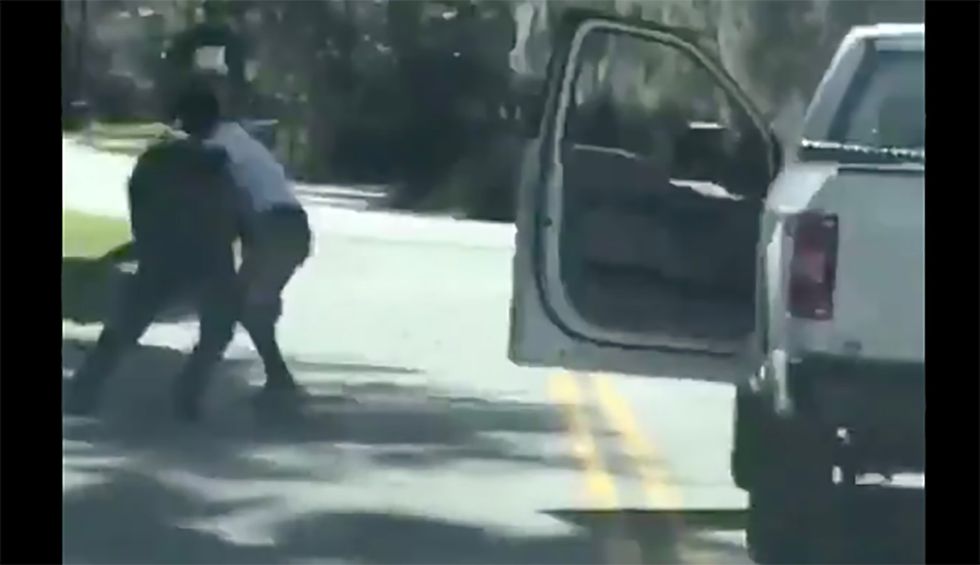 Image via Screengrab.
Travis Gettys
and
Raw Story
May 13, 2020

The father-son duo charged in the fatal shooting of Ahmaud Arbery had a confrontation with a black man less than two weeks before the Feb. 23 killing.

A neighbor told the Atlanta Journal-Constitution that he accompanied Gregory McMichael and son Travis McMichael on a Feb. 11 search for a man they spotted entering a nearby house that was under construction.

A motion sensor detector at the construction site alerted the property owner, who was two hours away and sent a text to neighbor Diego Perez asking for help.

Perez, who has spoken to the Georgia Bureau of Investigation, had offered to help property owner Larry English keep an eye on the home while it was under construction.

The neighbor told investigators that, as he walked toward the construction site, he saw 34-year-old Travis McMichael stop his pickup truck and confront a young black man — who Perez believes was Arbery.

“Travis saw him in the yard and Travis stopped,” Perez told the newspaper. “He confronted (the man) halfway into the yard. He said (the man) reached for his waistband, and Travis got spooked and went down the road.”

He returned a short time later with his 64-year-old father, a retired law enforcement officer.

Perez, who said he was carrying a gun at the time, said Gregory McMichael was also armed and had called the Glynn County Police Department.

The neighbor said he found no evidence of the young man at the house, and he gave police a description of the vehicle he believes the man had driven away in.

Perez said he appeared to be the same man spotted on security camera videos at the construction site in the months before.

He saw him again on Feb. 23 moments after the McMichaels shot him to death during a confrontation short distance from that same construction site.