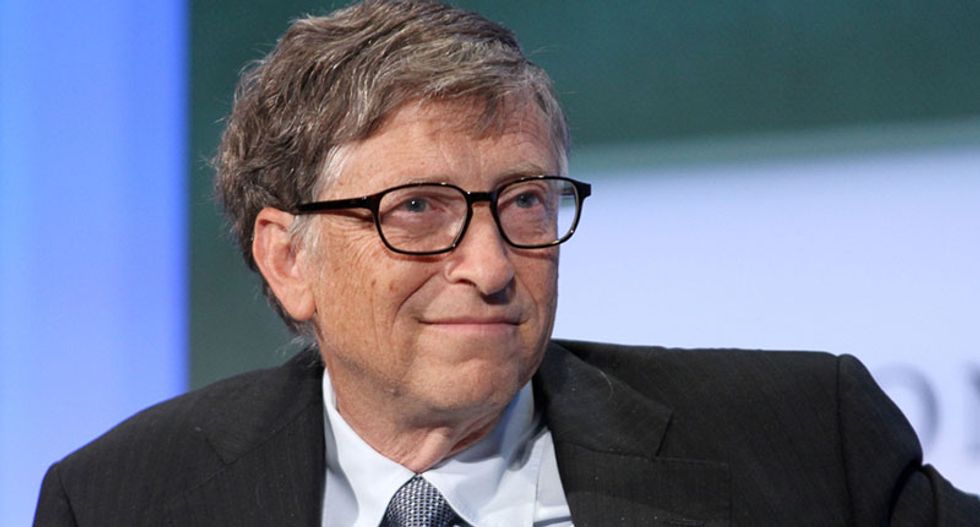 Along with Dr. Anthony Fauci and prominent Democrats such as New York Gov. Andrew Cuomo and Michigan Gov. Gretchen Whitmer, Microsoft co-founder Bill Gates has been a frequent target at far-right anti-shutdown protests. Extremists have accused him not only of using the coronavirus pandemic to hurt President Donald Trump but of designing some vast plot aimed at societal control.

And according to a Yahoo News/YouGov poll conducted on May 20 and 21, these preposterous beliefs are surprisingly popular on the right wing.

Yahoo News’ Andrew Romano reports that 44% of Republicans “believe that Bill Gates is plotting to use a mass COVID-19 vaccination campaign as a pretext to implant microchips in billions of people and monitor their movements — a widely debunked conspiracy theory with no basis in fact…. In contrast, just 19% of Democrats believe the same spurious narrative about the Microsoft founder and public health philanthropist.”

The poll also found a connection between the media outlets that respondents were consuming and whether or not they believed that anti-Gates conspiracy theory. Naturally, whether one voted for Trump or Democratic presidential nominee Hillary Clinton in 2016 was a factor as well.

“Take the Gates example,” Romano explains. “Half of all Americans, 50%, who name Fox News as their primary television news source believe the disproven conspiracy theory, and 44% of voters who cast ballots for Trump in 2016 do as well — even though neither Fox nor Trump has promoted it. At the same time, just 15% of MSNBC viewers and 12% of Clinton voters say the story is true.”

The fact that 2016 Trump voters, Republicans and Fox News viewers were more likely to believe an outrageous conspiracy theory involving Gates, according to Romano, reflects “a growing problem: the dangerous, destabilizing tendency to ignore fundamental facts about the deadly pathogen in favor of misinformation peddled by partisans, including President Trump, and spread on social media.”