Working people are forced to sacrifice for the common good. Why aren't the titans of capitalism? 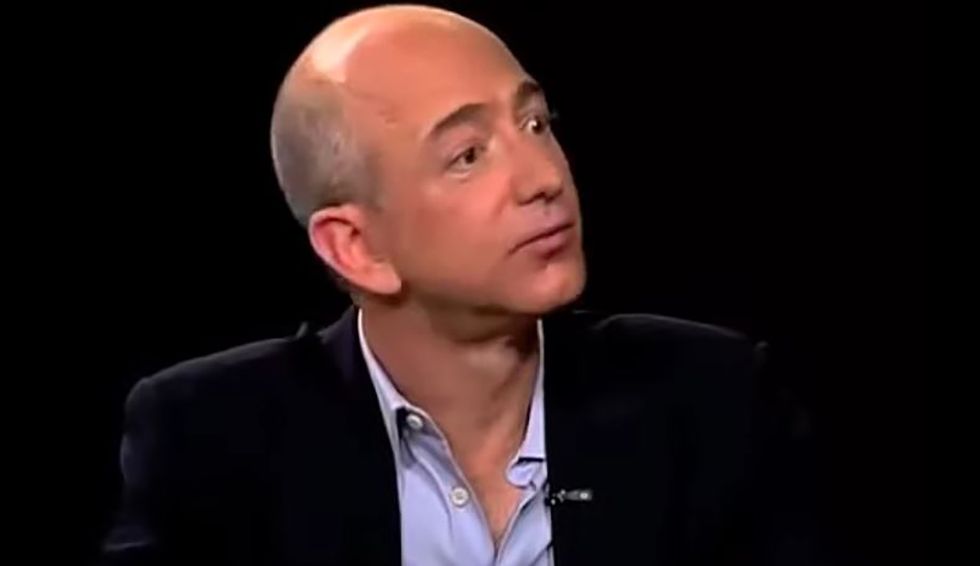 When I was a child, I heard my parents say that when we save our money it works for us. I remember having to dress up in my church clothes when I went to the bank to deposit my birthday checks or money I saved from my allowances.

These ideas that banks and Wall Street are secular versions of church, and that money works for everyone are deeply at play in our society today.

In the name of protecting the common good, Governors across the country have ordered people to stay at home, and all non-essential worksites shuttered. But aside from some states adopting short-term bans on evictions and foreclosures, no leaders have gone further in ordering the financial economy to “stop working” and set aside the primacy of their business interests for the common good by forgiving rents and waiving mortgage interest while deferring mortgage principal payments.

The shut-down of much of our economy has thrown millions out of work and into a perilous place, because while much of the human economy of workers working, small businesses serving, and people shopping for their everyday needs, has been all but stopped, financial services firms continues to work hard, collecting monthly rents, mortgages and other debts. Some small business owners—restaurateurs, hair salons, clothing, book and hardware store owners have received government loans to keep paying their workers, they’ve received no similar protection from landlords demanding their monthly rent while their businesses are closed.  This will wind up sinking many of the businesses we depend on and love. As the little virus attacks people’s bodies, the bigger disease of an overly powerful corporate capture of our economy continues to wreak havoc on families, small businesses, and communities long after the health crisis is resolved.

If federal leaders and state governors fail to demand that banks and Wall Street pause too, efforts to shore up families with stimulus checks and business owners with paycheck protection, will be undermined, as those funds will pass quickly through the hands of families and into the already full pockets of Wall Street, deepening inequality and increasing the pain of the many, for the benefit of the few.

As families scramble to get together their monthly mortgage payments, banks continue with business as usual. Last week, Federal Reserve Chairman Jerome Powell was asked by the David Wessell of Brookings Institution whether Big Banks would be allowed to continue to distribute tens of billions of dollars annually as shareholder dividends (half of which go to people in the top 1%), he replied, “That’s a perfectly normal thing in our capitalist system.” Normal has been thrown out the window for workers and small business owners, it should be for the titans of our economy as well.

Why is it that Governors can order workers to stop working, and small business owners to lock their doors, but not order landlords, bankers, and Wall Street investors to also suspend their activities, to pause as labor and the commercial sector have? Why do people have to sacrifice but not the owners of capital?

Some landlords have demonstrated compassion and solidarity with their tenants. New York City landlord Mario Salerno is one of them. At the beginning of April, tenants in each of Salerno’s 18 Brooklyn apartment building found notes taped to the door saying: “Due to the COVID-19 pandemic affecting all of us, I am waiving rent for the month of April, 2020. Stay safe, help your neighbors and wash your hands!!! Thank you, Mario.” When asked by the New York Times about the hundreds of thousands of dollars he stood to lose as a result of the rent forgiveness, Salerno said that was not important: “My concern is everyone’s health. I told them just to look out for your neighbor and make sure everyone has food on their table.” More landlords could follow Mr. Salerno’s example if they knew the mortgage payments that they owed on their rental properties could be deferred.

In contrast, forty large corporations, many of whom are controlled by Wall Street private equity funds, have bought up more than two million units of rental housing in the United States. So, far all have been silent on the issue of rent forgiveness. Most picked up their properties, often at fire sale prices and with the help of federal government assistance, after the 2008 housing crisis. Unless these powerful firms are ordered to put public health and family well-being before corporate profits, they are likely to again swoop in and extend their control of America’s housing stock even further as millions of families and smaller landlords lose their homes and businesses.

Ordering landlords and mortgage holders to change the terms of their contracts is not unprecedented. Following the 2008 housing crash, the Federal Home Ownership Refinance Program (HARP), gave mortgage holders the right to renegotiate their federally backed mortgages on more affordable terms. Its success allowed many families to keep their homes.

I haven’t gotten dressed up to go to the bank in more than half a century, it is time our leaders stop treating Wall Street like a church, and to instead demand the same sacrifices of capital that they have of workers and merchants.