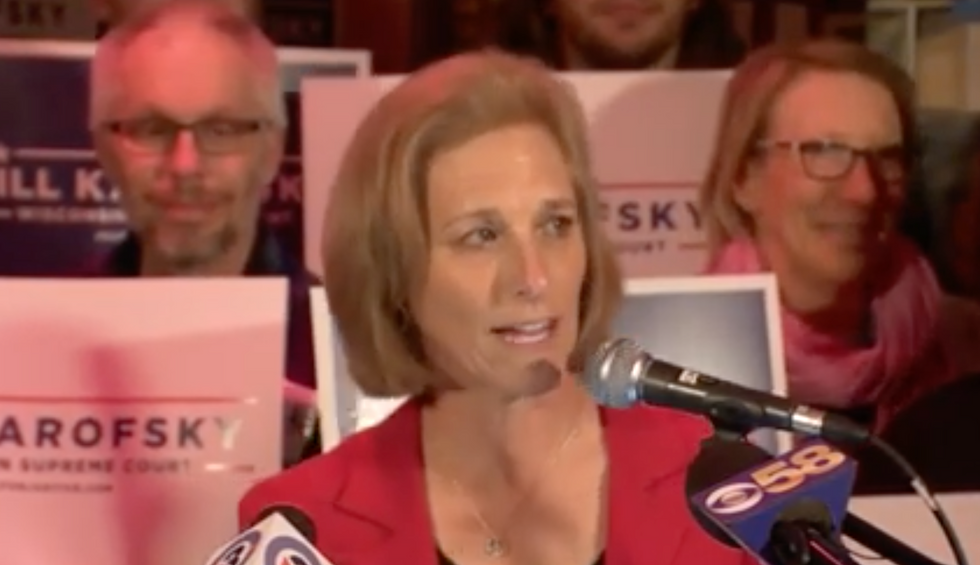 Four Wisconsin state Supreme Court justices blocked Gov. Tony Evers’ effort to delay the April 7 election—and all four protected themselves by voting absentee. In fact, all seven justices voted absentee. It’s just that the two who voted to protect other voters from coronavirus by delaying the election weren’t being raging hypocrites.

“In the previous five elections, a majority of the justices voted in person at the polls on election day,” the Milwaukee Journal-Sentinel’s Daniel Bice reports.

The court’s order to hold the election as originally scheduled despite the pandemic showed up just below a giant red warning on the court’s website: “In an effort to protect the public, attorneys, court staff, and judges from the health risks associated with COVID-19, the Wisconsin courts have issued orders temporarily suspending in-person proceedings statewide, with certain limited exceptions”—but no exceptions for voters in an election in which huge numbers of polling locations had closed.