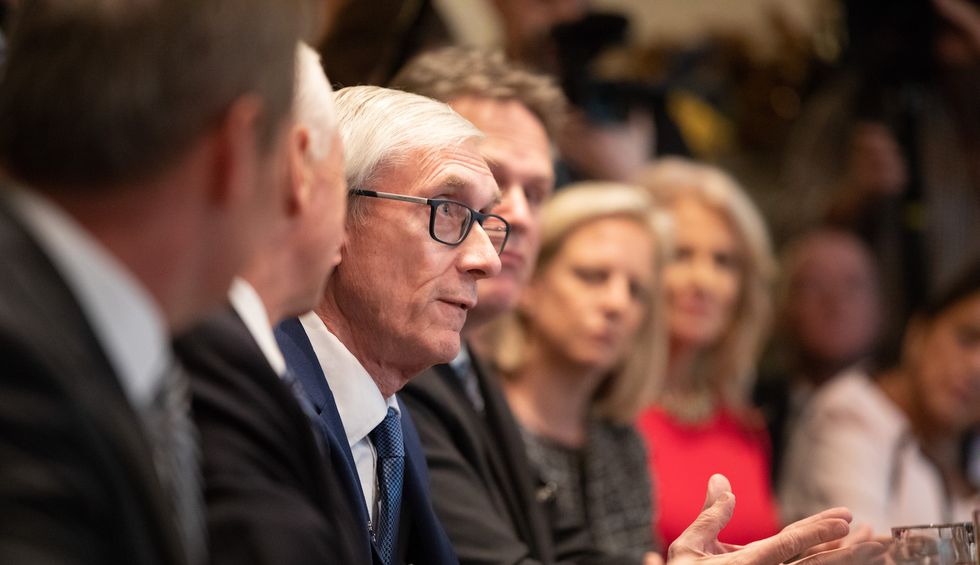 On Sunday, it appeared as though Wisconsin would go ahead and hold the primary this Tuesday, April 7. But under Evers’ executive order, the election would be held on June 9 instead.

Republicans in Wisconsin are challenging Evers’ executive order, describing it as an “unconstitutional overreach.” And they are expected to take their challenged to the Wisconsin Supreme Court, according to the website of NBC’s New York City affiliate.

Evers is maintaining that in light of the coronavirus pandemic, it would be much too risky to hold the election this Tuesday. In an official statement, the Wisconsin governor asserted, “Frankly, there’s no good answer to this problem — I wish it were easy. I have been asking everyone to do their part to help keep our families, our neighbors, and our communities safe. And I had hoped that the (Wisconsin) legislature would do its part — just as the rest of us are — to help keep people healthy and safe.”

Only two candidates are left in the Democratic presidential primary: Sen. Bernie Sanders of Vermont and the frontrunner, former Vice President Joe Biden. If Biden maintains his lead as expected and receives his party’s nomination, he will be taking on President Donald Trump in the general election. And Wisconsin, which Trump won in 2016, is considered a key battleground state.