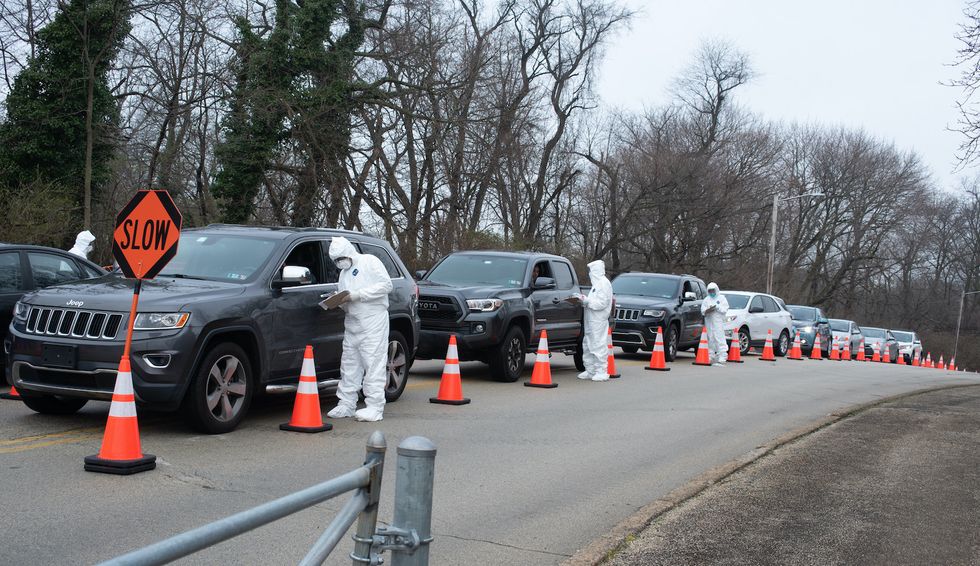 Arresting and imprisoning people for drug offenses is a luxury America’s biggest cities are finding they can no longer afford as they struggle with the coronavirus pandemic. Now, citing the need for social distancing measures, several of them are leading the way in jettisoning the long-entrenched but totally discretionary policing and prosecutorial practice.

With the NYPD now reporting more than 4,000 officers infected with COVID-19, that police would want to retreat from aggressive policing is certainly understandable. But doing so flies in the face of decades of police practice.

Concerns over officer safety, public safety, and keeping jail populations down in a time of social distancing are driving the moves, which are being portrayed as only temporary. But perhaps politicians, police and prosecutors will have a chance to break their addiction to punishing drug users and sellers by going cold turkey amidst the pandemic. That would be a small silver lining to the current crisis.

As the pandemic morphed from looming threat to ongoing crisis in mid-March, forward-looking police departments and prosecutors’ offices began to act. In Philadelphia, progressive District Attorney Larry Krasner cited public health concerns as he called for police to revise their arrest policies. The following day, Police Chief Danielle Outlaw issued an internal memo telling police not to arrest people for drug and other low-level non-violent offenses—at least for now.

Instead, those who would have been arrested are being briefly detained to be identified while officers gather evidence and then released. Their actual arrests somewhere down the road would be “effectuated via arrest warrant,” according to the memo.

In a statement released soon after, Outlaw laid out a public health and police officer safety rationale for the move: “Our mission is to protect and promote the health and safety of our officers and the community we serve to the best of our ability while continuing to discharge every aspect of our core duties,” she wrote.

Philadelphia isn’t “turning a blind eye to crime,” Outlaw told local media as she tried to assuage fears of criminals run amok. “This is similar to the ‘summons process’ that is utilized in many other counties throughout the Commonwealth. To reiterate, criminal offenders will be held accountable for the crimes they commit,” she said.

But that’s only if prosecutors in Krasner’s office decide to pursue those cases after the fact. And Krasner is not a big fan of the war on drugs. He applauded Outlaw’s move in an interview with local media the same day: “It’s clear to me that the police commissioner is trying to be thoughtful and creative as we move into uncharted territory,” Krasner said. “We commend her for putting the safety of the public’s health first.”

It’s not just Philadelphia. Just days later, Krasner joined DAs from 30 other cities in signing on to an open letter urging local governments to make a change in the face of COVID-19. The prosecutors, including those from Baltimore, New York, San Francisco, and St. Louis, called for police to adopt “cite and release policies for offenses which pose no immediate physical threat to the community, including simple possession of controlled substances.” They also called for the release of people being held solely because they can’t come up with cash bail and for reducing jail and prison populations “to promote the health and safety of staff, those incarcerated, and visitors.”

Baltimore State’s Attorney Marilyn Mosby followed Philadelphia’s example of a no-arrest policy when she ordered her prosecutors to dismiss any pending charges for drug possession and attempted drug distribution, as well as such criminal charges as urinating in public, open container, prostitution, and minor traffic offenses.

In a memo to prosecutors, she wrote that such crimes pose no risk to public safety and arrestees would normally be released before trial anyway, so it made sense to take that action to limit the threat of a coronavirus outbreak behind bars.

“An outbreak in prison or jails could potentially be catastrophic,” she wrote. “Now is not the time for a piecemeal approach where we go into court and argue one by one for the release of at-risk individuals.”

Baltimore Police have not adopted a no-arrest policy for such offenses, but a day after Mosby announced her moratorium on new prosecutions, the department said it had given officers guidance to use their own discretion in making low-level arrests to limit their exposure to the virus.

“For the safety of our residents and officers, the Baltimore Police Department is assessing and evaluating what calls-for-service our officers will be responding to in order to minimize the potential for exposure to COVID-19,” the department said in a statement. “This includes giving guidance to officers in using their discretion to further minimize arrests on low-level and non-violent offenses, especially those outlined in the State’s Attorney letter.”

“We are very encouraged to see some policymakers, like Marilyn Mosby, putting public health first and freeing up important public safety resources at this critical time,” said Matt Sutton, director of media relations for the Drug Policy Alliance. “Drug use does not pose any risk to public safety, so it makes sense that we would not arrest or prosecute people for that alone. Doing so is contrary to public health interests, subjecting them to incarceration where they would be put at greater risk of contracting COVID-19 or spreading it within an already unshielded population that is incapable of practicing the kind of social distancing and increased hygiene measures the rest of us are taking.”

Meanwhile, in Chicago, Cook County State’s Attorney Kim Foxx announced that her office was putting a moratorium on prosecuting low-level, non-violent drug offenses while the pandemic rages. “Out of an abundance of caution for the health of law enforcement and the community at large, the State’s Attorney’s Office will not be pursuing cases which pose little to no risk to public safety at this time,” Foxx said.

She added that the move was also necessitated by staffing reductions at the Illinois State Police lab. Even if police seized drugs, there is for now no way to test them, thwarting moving forward with prosecutions.

Chicago Police spokesman Anthony Guglielmi said officers won’t stop making arrests for “large levels” of drugs and downplayed the effect of the staffing reductions at the state crime lab. He also implied many drug arrestees are not being booked into jails.

“We can make an arrest,” he said. “An individual could be released pending further investigation. So just because the drugs aren’t being tested right away, it doesn’t prohibit our ability to do our job. It will prolong it. But we can certainly conduct narcotics investigations that extend when the state lab reopens.”

But in New York City, the current epicenter of the pandemic in the U.S., where dozens of NYPD officers had already contracted COVID-19, the department at first said it “won’t slow arrests,” back on March 23. If the NYPD was being stubbornly recalcitrant then, it had changed its tune by month’s end as the toll of the infected within the department swelled. By March 31, NYPD said it is not arresting for most low-level offenses. Meanwhile, units that typically generate large arrest numbers are now being deployed to fight the pandemic. Detectives and narcotics officers, for instance, since March 25 have stopped developing new cases and are instead patrolling parks and other public spaces to enforce social distancing.

Meanwhile, at least one of the city’s borough prosecutors is getting on board with using discretion. Brooklyn DA Eric Gonzalez announced that his prosecutors wouldn’t be going after “low-level offenses that don’t jeopardize public safety.”

The NYPD’s early stance was hard to fathom, especially as the city was being swamped by a deluge of new coronavirus cases, and the department was forced to shift its positions as the crisis deepens. At first, though, it seemed to be suffering from a sort of institutional inertia, blindly valuing the arrest of small-time drug offenders and other scofflaws over the health and safety of its own officers and the city’s residents. As the NYPD belatedly realized, in the midst of the current crisis, it would behoove police and prosecutors everywhere to knock off the rote drug busts and concentrate on the threat staring them in the face.