Why a red state election policy violates the 26th amendment 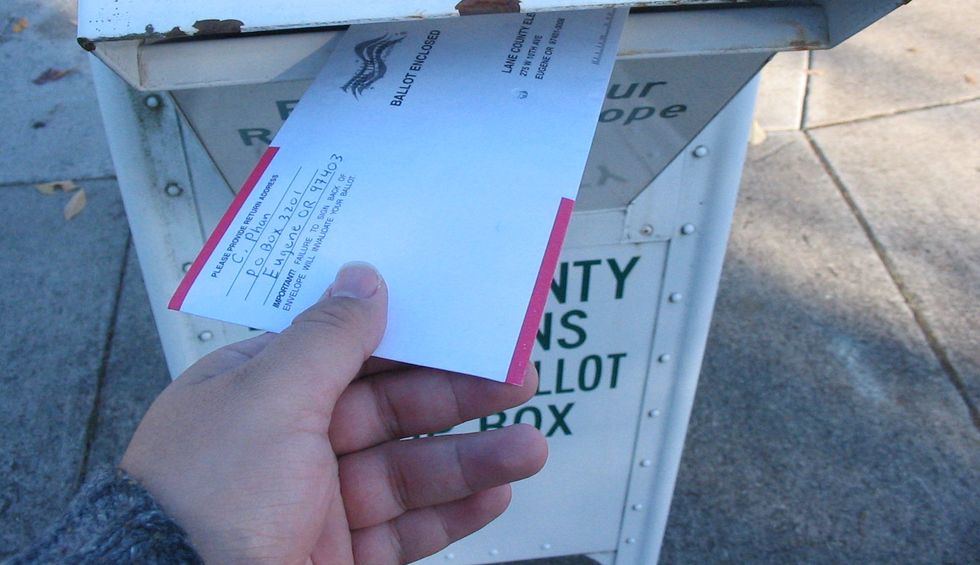 The 26th Amendment to the U.S. Constitution, adopted in 1971, was designed to protect voting rights for those who are 18 or older — and it eliminated laws at the state level that had a voting age of 21. And this week, Slate journalist Mark Joseph Stern reports that although the 26th Amendment was passed during the Vietnam War, it has a “newfound importance” today.

“The threat of the coronavirus is creating unprecedented demand for absentee ballots,” Stern explains. “Many Republican lawmakers are responding by trying to limit access.”

Currently, seven states permit only elderly voters to mail in their ballots: Indiana, Louisiana, Mississippi, South Carolina, and Texas grant this privilege to voters 65 and older; Tennessee extends it to those 60 and older; and Kentucky only bestows it upon voters of “advance age.” (None of these states have waived their age limit for the November election, though Indiana and Kentucky did so for their primaries.) Younger people who want to vote by mail must give a reason, such as a serious illness or absence from the state on Election Day. As New York magazine’s Ed Kilgore has noted, these laws effectively limit absentee voting to “Trump-approved groups,” older Americans who are much more likely to vote Republican.

Advocates have already filed a lawsuit challenging the law in Texas. Stern argued that unless "the federal judiciary decides to unilaterally rewrite the 26th Amendment, it will be obligated to invalidate these laws.”

That's because the 26th Amendment goes beyond simply enforcing 18 as the legal voting age — it is also a “broad ban on age-based voting restrictions,” according to Stern.

“It declares that the right to vote ‘shall not be denied or abridged’ for citizens 18 and over ‘on account of age,’” Stern writes. “In other words, the amendment does not just protect 18-year-olds’ ability to vote. It also forbids any law that abridges adult citizens’ right to vote because of their age.”