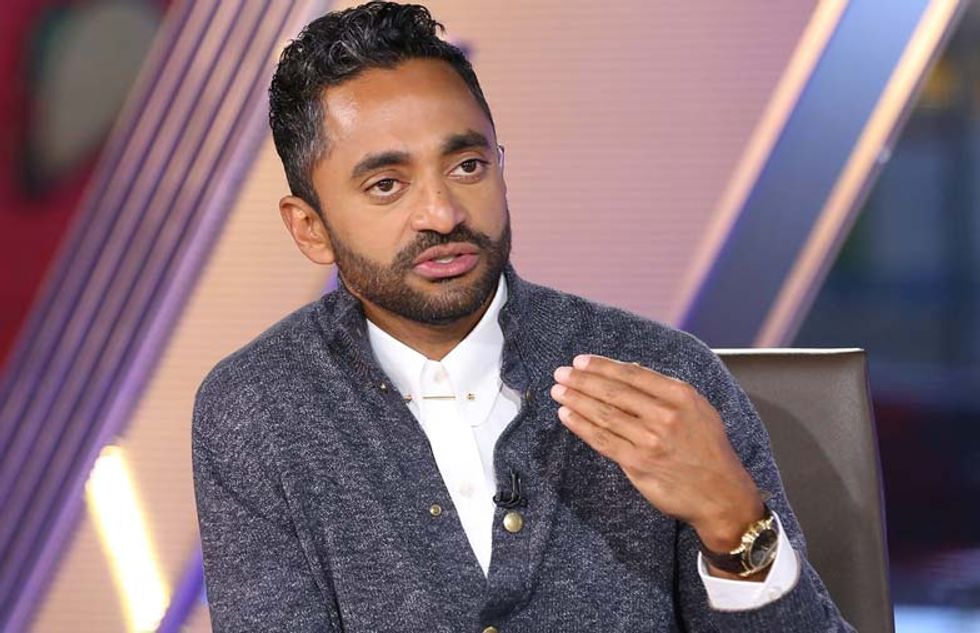 Venture capitalist Chamath Palihapitiya stunned CNBC anchor Scott Wapner and generated widespread applause on social media by declaring in a television interview Thursday that the U.S. government should let hedge funds and billionaire CEOs "get wiped out" by the coronavirus-induced economic collapse and instead focus its attention on rescuing Main Street.

"On Main Street today, people are getting wiped out. And right now, rich CEOs are not, boards that had horrible governance are not, hedge funds are not. People are."

When Wapner, seemingly incredulous at what he was hearing, asked Palihapitiya why he would support the collapse of large companies, the Social Capital CEO said "this is a lie that's been purported by Wall Street."

"When a company fails, it does not fire their employees, it goes through a packaged bankruptcy," said Palihapitiya. "If anything what happens is the people who have the pensions inside the companies, the employees of these companies, end up owning more of the company. The people that get wiped out are the speculators that own the unsecured tranches of debt or the folks that own the equity. And by the way, those are the rules of the game. That's right. These are the people that purport to be the most sophisticated investors in the world. They deserve to get wiped out."

"Why does anybody 'deserve,' using your word, to get wiped out from a crisis created like this?" replied Wapner.

"Just be clear, like, who are we talking about?" said Palihapitiya, himself a billionaire. "A hedge fund that serves a bunch of billionaire family offices? Who cares? Let 'em get wiped out. Who cares? They don't get to summer in the Hamptons? Who cares!"

After Wapner suggested it would be "immoral" to let any company get wiped out in the economic crisis, Palihapitiya responded that "on Main Street today, people are getting wiped out."

"And right now, rich CEOs are not, boards that had horrible governance are not, hedge funds are not. People are," said Palihapitiya. "Six million people just this week alone basically saying, 'Holy mackerel, I don't know how I'm going to make my own expenses for the next few weeks, days, months. So it's happening today to individual Americans. And what we've done is disproportionately prop up and protect poor performing CEOs, companies, and boards. And you have to wash these people out."

"This guy is great, hilarious, and right," tweeted Matt Bruenig, founder of the People's Policy Project, "though it is better to wipe them out through equity dilution (bailouts-for-equity) than through bankruptcy restructuring."