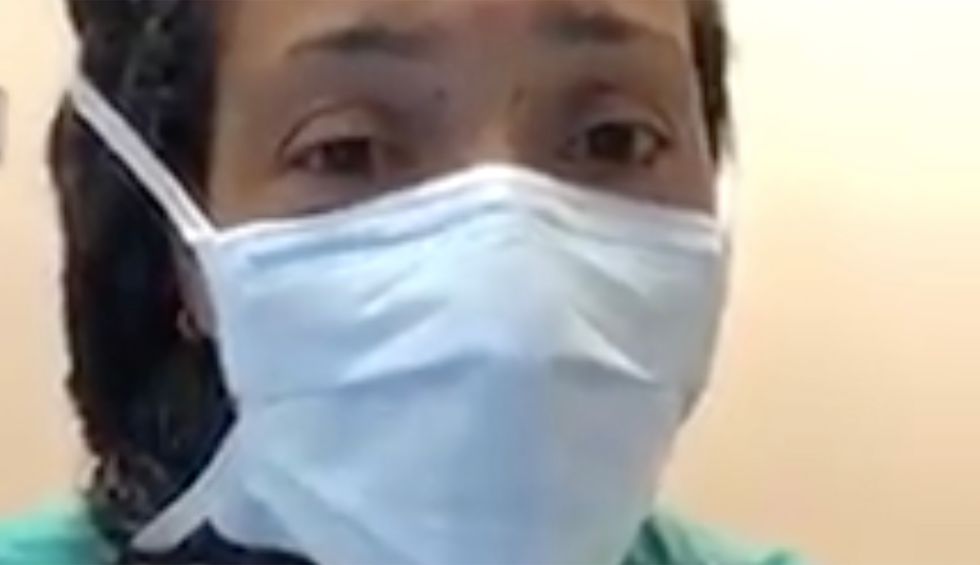 The videos showing the reaction to Republican Georgia Governor Brian Kemp’s decision to reopen the state’s businesses, despite the deadly risk such “reopening” presents to both employees and customers of those establishments, and all the people they subsequently come into contact with, really speak for themselves. From Atlanta’s 11Alive news:

ATLANTA — With his decision to put the state on a course toward slowly reopening as soon as Friday, Gov. Brian Kemp has drawn national attention on Georgia.

Broadly, his announcement that the Peach State would effectively be the first in the nation to bless the reopening of businesses such as hair and nail salons, barber shops, body art studios and bowling alleys was met by much of the national media with disbelief.

The following, from Lawrenceville, GA.  physician, Dr. Karla Lorraine, has gone viral today. It is well worth watching in its three-minute entirety.

Dr. Bernice King, daughter of the Reverend Martin Luther King, Jr., was just as vehement if not more so than Dr. Lorraine. King is actually a member of Kemp’s “Coronavirus Task Force,” but, inexplicably, even she was not informed of his decision beforehand.

From the 11Alive report:

More local figures such as Bernice A. King and Stacey Abrams expressed their disapproval. King, the daughter of Dr. Martin Luther King, Jr. said said her heart was "extremely heavy" and that she was "extremely concerned" for the "safety, health and lives of Georgia residents" in a video statement online.

It just doesn’t seem to matter to these Trump-enthralled Republicans that all kinds of people in their states are going to die because of their shortsighted actions. Old people will die. Young people will die. White people, Black people, Brown people, straight people, gay people, city people, rural people-- they will all die. Republicans will die. Democrats will die. Health care workers will die.  Their families will die.

All because one man feels it’s necessary for his political survival.