Trump’s new spokeswoman Kayleigh McEnany has a history of spouting absurdities on live TV. Here are her 5 most illustrious moments 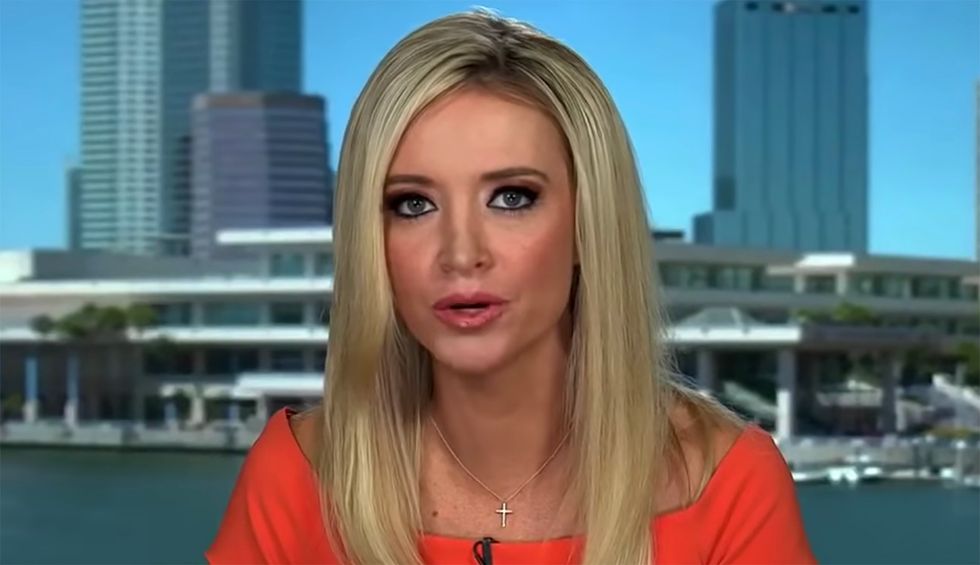 On Tuesday the White House announced that press secretary Stephanie Grisham was being shifted back to the East Wing where she will once work for first Lady Melania Trump after having never held a press conference during her tenure. To take Grisham’s place, Donald Trump has selected Kayleigh McEnany who has an extensive history of appearances on the cable networks — many of them spiraling into contentious exchanges with hosts and fellow guests alike.

Prior to becoming the spokesperson for the president’s 2020 re-election campaign, the job she is leaving to join the president more closely in the White House, the graduate of Harvard law school was a recognizable face on CNN where she was a regular –and combative — contributor.

Below is a sampling of some of her appearances where she raged against the hosts, attempted to talk over her co-panelists and generally did everything she could to defend the president against any slight, real or imagined.

On January 5, 2019, McEnany engaged in a shouting match with former Republican congressional aide Kurt Bardella over guns in the wake of the shooting death of a police officer, with the future White House spokesperson attempting to turn it into immigration issue instead of the fact that there is a glut of guns on the streets of America.

Back in June of 2018, McEnany was furious after that Democratic strategist Peter Emerson said the Constitution was written with wealthy white men in mind, to which she replied, “The Constitution is the founding document of the greatest country on earth and for you to cast it in a racial light is absolutely ridiculous.”

In 2017, McEnany got into a squabble with political commentator Sally Kohn over accusations of sexual harassment lodged against Donald Trump and former Fox News personality Bill O’Reilly.

During the exchange, McEnany insisted, “There are “two sets of rights” in sexual harassment cases, the “rights of the women, also the rights of the defendant.” She argued her fellow panelists were “extreme” for wanting to “nullify [O’Reilly’s] rights”

In a particularly memorable exchange in 2019, the Trump spokesperson got into a heated argument with Mother Jones editor David Corn over the president’s involvement with Russia, that led Corn to accuse of her lying by saying “That’s crap.”

In 2018, McEnany battled the former counsel to the House Republicans and Democrat Peter Emerson after it was revealed that first daughter Ivanka Trump had been conducting government business via a private email account which spiraled into a shouting match on both sides.