Trump wants to celebrate reopening the economy in May — even as Americans mourn coronavirus victims: report 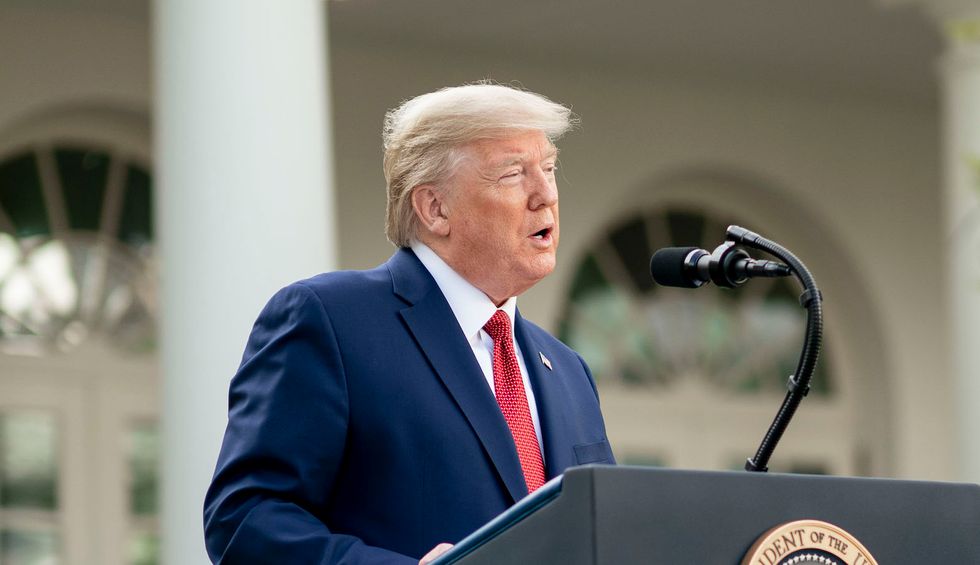 Health officials have been stressing that social distancing needs to continue in the United States for as long as it is necessary. But President Donald Trump, CNN is reporting, is hoping to reopen the U.S. economy as soon as early May and to do so with a “big bang” — even though it remains to be seen what the coronavirus pandemic will be doing at that point.

CNN’s Mark Liptak reports, “Officials said the options being discussed on reopening the country vary widely in scope, from recommendations on benchmarks for when individual states can begin easing restrictions to a nationwide ‘big bang’ that Trump previewed Tuesday evening on Fox News. Still, some officials have even begun mulling the type of event Trump may want to mark the day when nationwide restrictions are lifted after he suggested a ‘big celebration’ when the crisis is over.”

Health officials, however, have been warning that if social distancing measures are eased prematurely, it could make the death toll from coronavirus even higher than it has to be — which would be terrible for the economy. And proponents of aggressive social distancing have pointed out that while keeping millions of brick-and-mortar businesses shut down throughout this month is tough on the economy, insufficient social distancing could hurt the economy and the health of the country even more.

It isn’t hard to understand why many Americans, as CNN’s poll indicates, might choose social distancing on their own even if Trump isn’t asking for it: according to researchers for John Hopkins University in Baltimore, at least 13,000 people have died from coronavirus in the U.S. so far (Hopkins reported more than 85,000 coronavirus-related deaths worldwide). And Hopkins’ numbers, according to Dr. Anthony Fauci, are likely to increase substantially in the weeks ahead.