Trump tells 10,000 religious leaders they ‘have to’ help him get re-elected: 'People of faith have to do it' 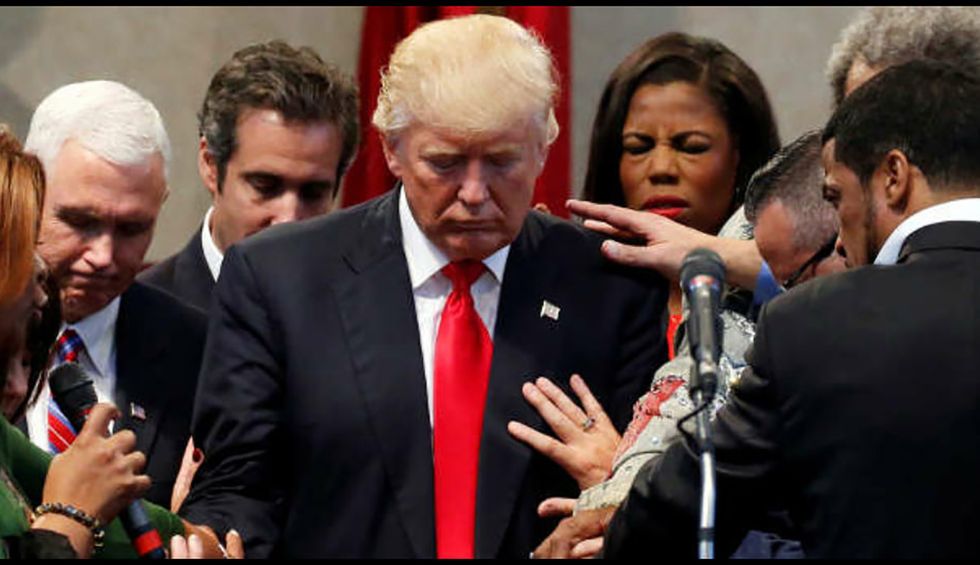 President Donald Trump in a private conference call on Wednesday with 10,000 leaders from his most-devoted base, the religious right, in the middle of a global pandemic, urged them to help him win re-election.

“We have a very, very powerful year coming up because you know what lies ahead,” Trump told the faith leaders, as NBC News reported. “And we have to do it. People of faith have to do it. We have to have victory."

Rev. Johnnie Moore, a member of Trump’s religious right inner circle, says both the President and Vice President were on the call, which presumably was made from the Oval Office.

Trump also told the participants, “We’re going to get our country back.”

Rabbi David-Seth Kirshner of Temple Emanu-El in Closter, New Jersey, “invoked the Passover holiday that starts tonight and was the only one on the call to pay tribute to Muslims in the U.S., noting the upcoming Ramadan holiday.”

NBC News’ Josh Lederman reports Franklin Graham was also on the call, saying, “If you were not the president, I just shudder to think where we would be.”