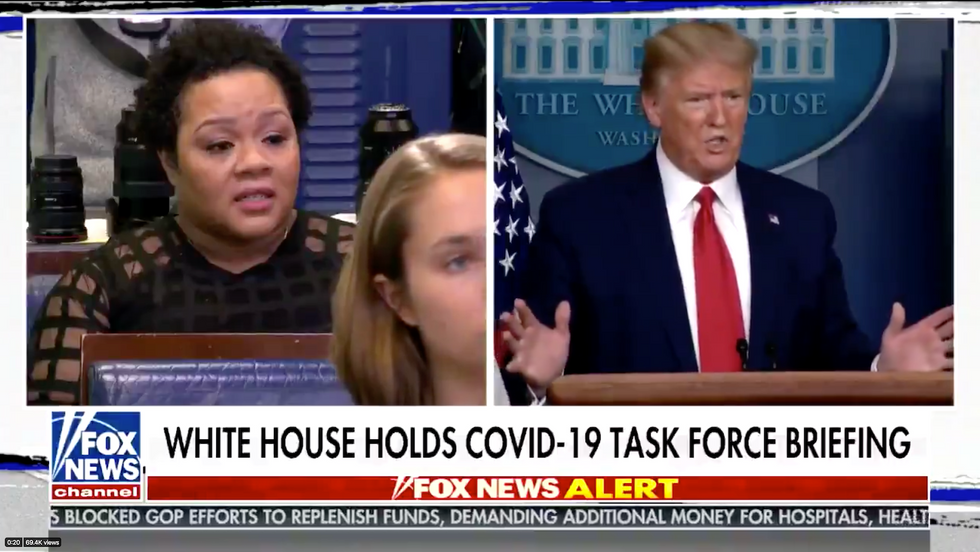 Trump was attacking House Speaker Nancy Pelosi, who has criticized the administration's slow and negligent response to the coronavirus crisis. In response, critics have pointed out that, as late as Feb. 24, Pelosi told people to go to Chinatown in an effort to mollify the growing fears of the coronavirus. While in retrospect, any advice to go out at this time was likely a mistake, the Trump administration itself was weeks away from issuing any guidance discouraging public gatherings. And, as Alcindor pointed out, Trump was holding campaign rallies throughout February and into March, which potentially could have served to spread the virus.

"You held rallies in February and March," Alcindor said.

"You held a rally in March, in North Carolina," she said.

He did, in fact, hold a rally on March 2, which undermines any claim that he was taking the spread of the virus more seriously than Pelosi was based on her Chinatown remarks. Trump was also in Florida on March 8, less than two months ago.

Trump continues to try to take credit for issuing restrictions on travel from China on Jan. 31 — a move that was similar to steps taken by many other nations, despite his claim to have acted alone. But if anything, it seems that small measure provided him and many of his supporters with a false sense of security about the dangers posed by the virus, which was likely spreading largely undetected through the United States in February.