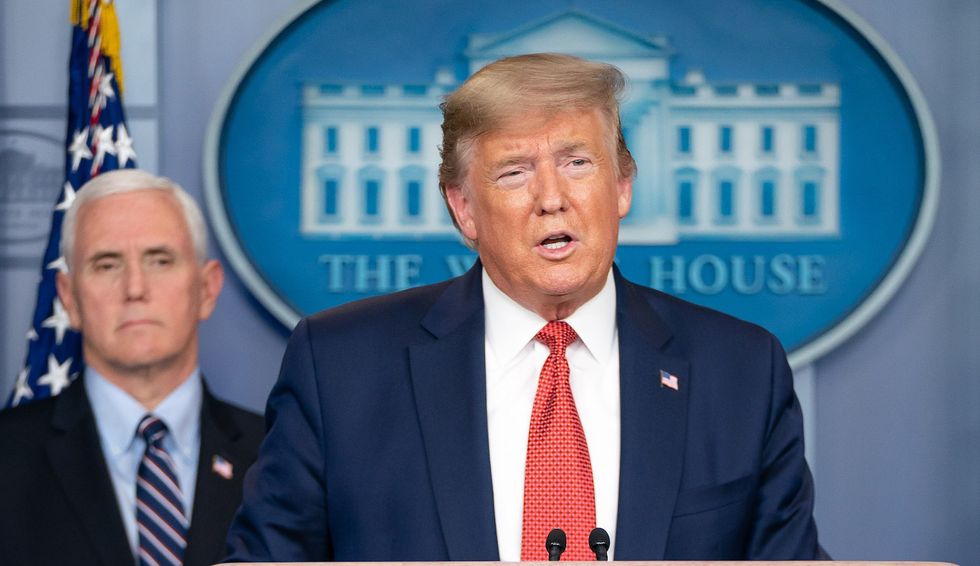 The morning after Donald Trump held yet another coronavirus press conference where he said that the country is about to enter into a week with a sharp increase in COVID-19 deaths, CNN’s Victor Blackwell brutally dissected the president’s lies that the government is helpless because of a shortage of medical supplies because former President Barack Obama left the shelves bare.

“This morning, a fact check,” the CNN host began. “Hospitals across the country are desperate to find the gowns and the gloves and the face shields. And some states have received millions of pieces of that personal protective equipment and the N95 masks from the federal government, but now President Trump says that the strategic national stockpile is nearly depleted of those supplies.”

“A few weeks into what doctors say could be a months-long crisis, but as far back as 2015 the National Institutes of Health acknowledged that in a pandemic, assuming to 20 percent to 30 percent of the population would become ill 1.7 to 3.5 billion respirators would be needed,” he said before repeating, ” 1.7 to 3.5 billion.”

With that he shared a clip of Health and Human Services Secretary Alex Azar stating in February, the country had “30 million N95 respirators” in hand.

“Consider that the 2015 government report that I referenced concluded that for pandemics with a lower attack rate and fewer cases, the number of respirators needed would be higher because the pandemic would have longer duration,” he explained before emphasizing, “30 million at the start of the COVID-19 pandemic. President Trump has consistently blamed one person for the insufficient supply, his predecessor, former President Barack Obama.”

“Now at the start of the Trump administration the repository shelves were not empty,” he elaborated. “The strategic national stockpile has maintained a multi-billion dollar inventory across several administrations including tens of millions of pieces of that protective gear. It is true that experts have warned that the supplies, specifically of the N95 masks has been precariously low since the H1N1 outbreak in 2009. Until the coronavirus outbreak the H1N1 response was largest deployment in the histories of the stockpile .”

Sharing a clip of the former director of the national strategic stockpile saying they never received funding to rebuild the supplies, Blackwell added, “[Greg] Burrell oversaw the stockpile until January of this year. That’s the Bush administration, the Obama administration and the Trump administration, and if President Trump knew that the supply of N95 masks was insufficient, well, then there’s an obvious question.”