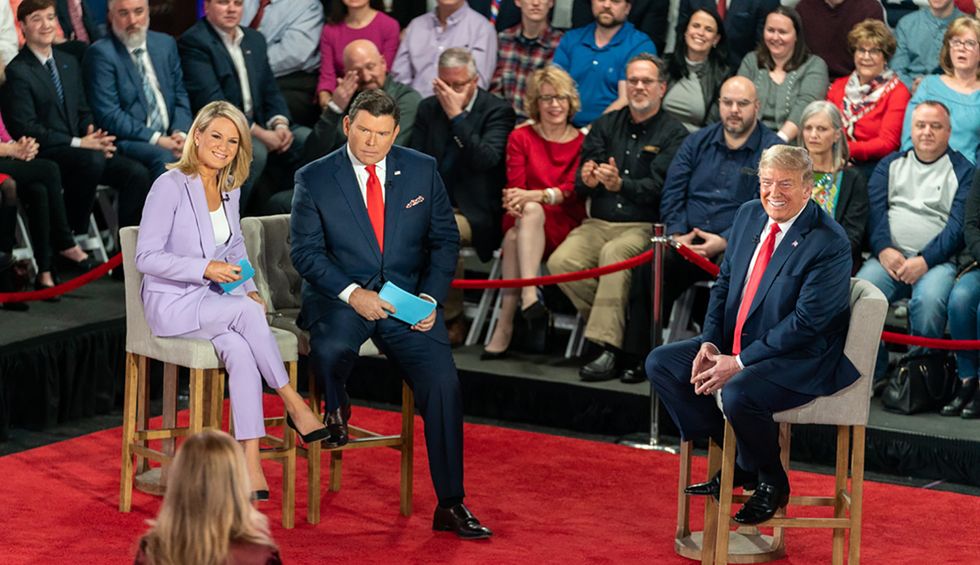 As experts warned against using the malaria drug hydroxychloroquine as a possible treatment for COVID-19, President Donald Trump and Fox News have stopped hyping it.

Trump has not mentioned hydroxychloroquine at his coronavirus news briefings since last Tuesday, according to Politico. The president was asked about a study which found more deaths among COVID-19 patients at Veterans Health Administration medical centers who took the drug than those who did not on Tuesday. The study, which has not yet been peer-reviewed and was not a "rigorous experiment," found that 28% of patients who received the drug and routine care died, compared to 11% who died after only receiving routine care.

"I don't know of the report," Trump said at Tuesday's briefing. "Obviously, there've been some very good reports, and perhaps this one's not a good report. But be looking at it, we'll have a comment on it . . . I'm always willing to take a look."

Trump previously touted a small French study which claimed to have a 100% success rate in treating coronavirus patients with the drug. The study has since been discredited by its publisher after it was discovered that researchers removed several patients who died or were moved into an intensive care unit from their results.

CNN host Don Lemon criticized Trump for shrugging off the potentially fatal side effects of a drug he has promoted for weeks.

"Now the president just says that he's going to take a look. That's not good enough. He's got a responsibility to take this seriously," Lemon said. "He promoted a totally unproven drug again and again, telling Americans desperate to do something, anything to save their lives, what have you got to lose, he said. Now he's doing the 'I barely know the guy' routine with the drug that he said would be the game-changer and a gift from heaven."

Primetime host Laura Ingraham frequently touted the drug on her show but "barely mentioned it last week and has done so only once since last Wednesday," according to the report. Host Tucker Carlson, who first brought the drug to Trump's attention, "has only mentioned the drug once in passing over the past 10 days." Host Sean Hannity, who repeatedly pushed the drug, has not mentioned it in nearly a week.

Dr. Mehmet Oz, who has regularly promoted the drug on Fox News, urged viewers Wednesday to wait until clinical trials have been completed before rushing to judgment.

The Centers for Disease Control and Prevention recently removed guidelines for doctors using the drug to treat coronavirus patients.

A panel convened by the National Institutes of Health issued new guidelines Tuesday warning doctors against using hydroxychloroquine, especially in combination with the antibiotic azithromycin, which the president has pushed.

The panel warned that the combination was associated with an increased risk of sudden cardiac death, plus additional side effects.

"Will anyone who breathlessly pitched hydroxychloroquine as a miracle drug show a modicum of regret or even self-awareness over this?" The Daily Beast's Sam Stein asked on Twitter. "Doubtful."