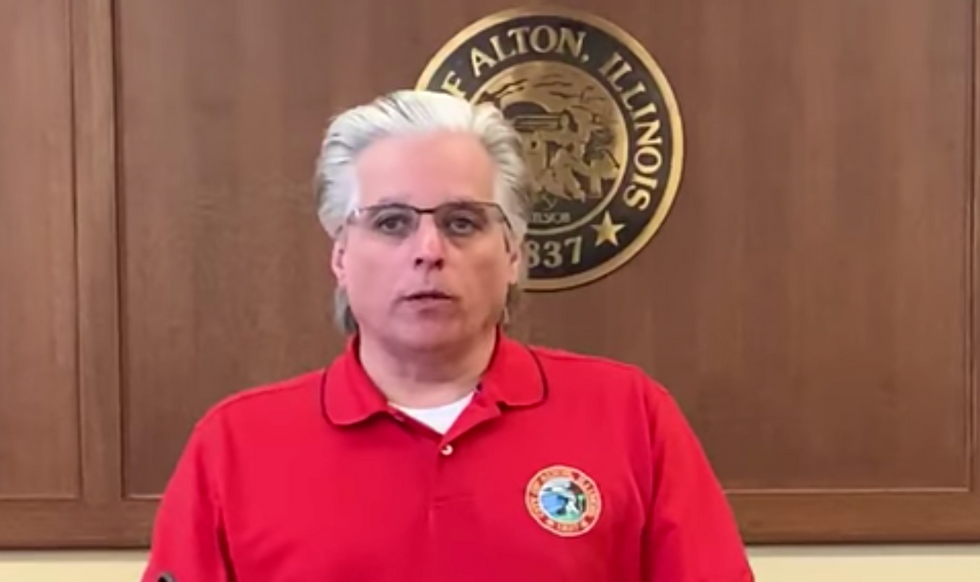 In the United States, many governors and mayors have expressed frustration over those who have continued to defy social distancing measures — and in Alton, Illinois, Mayor Brant Walker expressed his frustration by asking police to aggressively enforce the city’s stay-at-home order. But Walker’s own wife, Shannon Walker, was caught for violating the directive, he asserted that she wouldn’t be receiving preferential treatment.

Most stay-at-home orders in the U.S. — some local and some statewide — have urged residents to only leave their homes to perform essential activities such as buying food at a supermarket or filling a prescription at a pharmacy. On Friday, April 3, Brant Walker reminded Alton residents that Illinois had a statewide stay-at-home order.

The Alton mayor asserted, “Our police department has increased its presence in the community, but unfortunately, while patrolling, they have noticed that quite a few of our residents are not adhering to the stay-at-home order mandated by the governor — which has now been extended to April 30. These are very serious times, and I’m begging you to please stay at home.  And parents, please keep your kids at home; doing so is vital to our health.”

Mayor Walker encouraged Alton police to fine or arrest people who defied social distancing. And when Shannon Walker was caught, he says he didn’t expect the police to make an exception for her.

On Facebook on April 6, the Alton mayor announced, “At approximately 1 a.m. on Sunday morning, I was informed by the police chief that the Alton Police Department was investigating and stopping a social gathering in Downtown Alton that was occurring in violation of the provisions of the statewide stay-at-home order. I was also made aware that my wife was in attendance at this prohibited social gathering. I instructed the police chief to treat her as he would any citizen violating the stay-at-home order and to ensure that she received no special treatment. My wife is an adult capable of making her own decisions, and in this instance, she exhibited a stunning lack of judgement. She now faces the same consequences for her ill-advised decision as the other individuals who chose to violate the stay-at-home order during this incident.”

Exactly how people who defy or violate stay-at-home orders and social distancing should be punished has been debated. One of the problems with incarcerating people for not practicing social distancing is that jails tend to have crowded conditions — which are the polar opposite of social distancing. In fact, Philadelphia District Attorney Larry Krasner (an aggressive proponent of criminal justice reform) has been asserting that releasing nonviolent offenders from Philly jails is a good way to slow down the spread of coronavirus in his city. But fines, some argue, can encourage social distancing without making conditions in jails even more dangerous from a coronavirus standpoint.