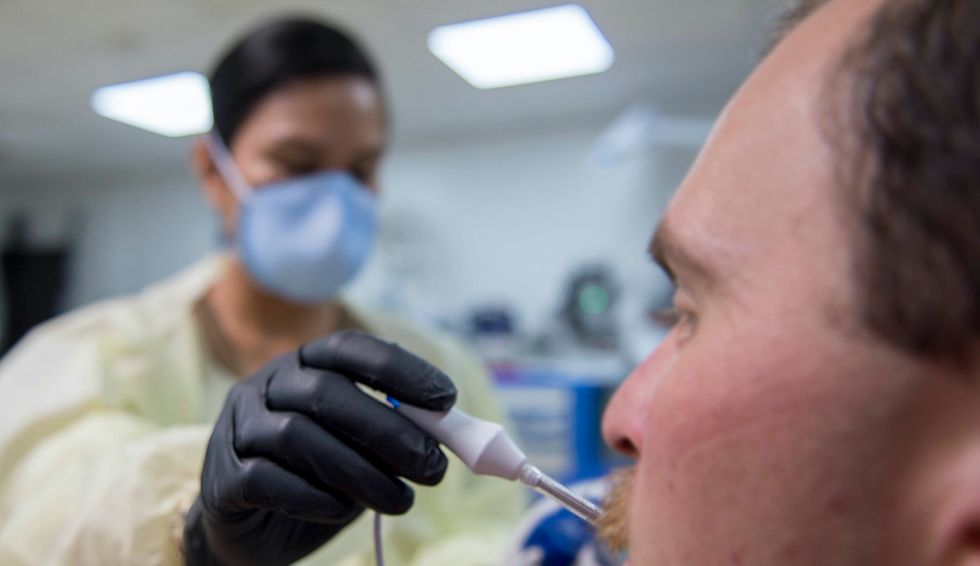 Congress must act decisively to ensure Americans get needed health care in the face of the novel coronavirus pandemic, both to promote public health and to reduce viral spread. But one Democratic proposal is a massive giveaway to private insurance companies with few redeeming qualities.

This proposal would require the federal government to cover the full cost of COBRA, a continuation of employer-based coverage for people who have lost their jobs or who are furloughed. Because COBRA is for ex-workers, employers do not contribute to its cost. Instead, people on COBRA are typically required to pay their entire health insurance premium, which now averages around $20,000 a year for a family.

While the government would pay COBRA premiums, this proposal still requires workers to pay out-of-pocket costs that could add up to thousands of dollars.

This approach is inequitable, expensive, and not targeted to addressing the public’s health and safety. It should be set aside in favor of direct payments to doctors, hospitals, and other providers who deliver care to those in need.

Having the government cover COBRA premiums would lock in existing health inequalities. It would not help people who worked in jobs that did not provide health care coverage or who otherwise did not have access to employer-based insurance. And, if you had employer coverage and your employer offered you a low-cost HMO with limited access to care, for example, that’s all this proposal would pay for. But if you were a highly paid employee at a hedge fund and had excellent coverage that cost twice as much, this proposal would pay for your more expensive coverage.

This plan commits tens of billions of taxpayer dollars to private health insurers, regardless of the quality or price of the coverage they offer. That is not where our public resources should be going.

And, to repeat, this proposal does not cover the high out-of-pocket costs that come with most work-based coverage. To get care, people need to be able to afford the deductibles and copays. But, even pre-coronavirus, one in four Americans with insurance went without care because they couldn’t afford these costs. Forty percent of Americans didn’t have $400 in the bank for an emergency. Today, with no steady income, more people have fewer resources and will be forced to forgo care even with COBRA.

Furthermore, this proposal does not make budgetary sense. If enacted, Congress would be paying tens of billions of dollars more for people’s coverage than it would if the federal government paid directly for their health care through Medicare, as Senator Bernie Sanders and Representative Pramila Jayapal have proposed.

Paying providers directly through Medicare has additional advantages. It treats everyone equally, ensuring that all of us will get the care we need. People can see any doctor they choose. And, there are no financial barriers to care.

Moreover, covering care through Medicare provides real-time data on the scope of COVID-19 through a single electronic billing system, which is sorely lacking today. This data has helped other wealthy countries contain the spread of the virus and effectively deploy resources where they are needed.

The government picking up the tab for COBRA coverage should be seen for what it is: A handout to the health insurance industry. It rewards health insurers who offer inefficient, low-quality, high-cost health plans. And, it does far too little to ensure people get needed care, much less contain COVID-19.

Earlier in April, AHIP, the trade association for the corporate health insurers, made this same proposal in a letter to Congress. Surprise, surprise.

Some of the Democrats behind this proposal have financial ties to the health insurance industry. So, perhaps this legislation is payback for the hundreds of thousands of dollars in contributions to the Democratic Congressional Campaign Committee. If so, shame on these House Democrats.

Whatever the motivation, this is the wrong way to help our nation in a time of crisis. Help should go where it’s needed and where it will do the most good, not where it’s politically expedient.