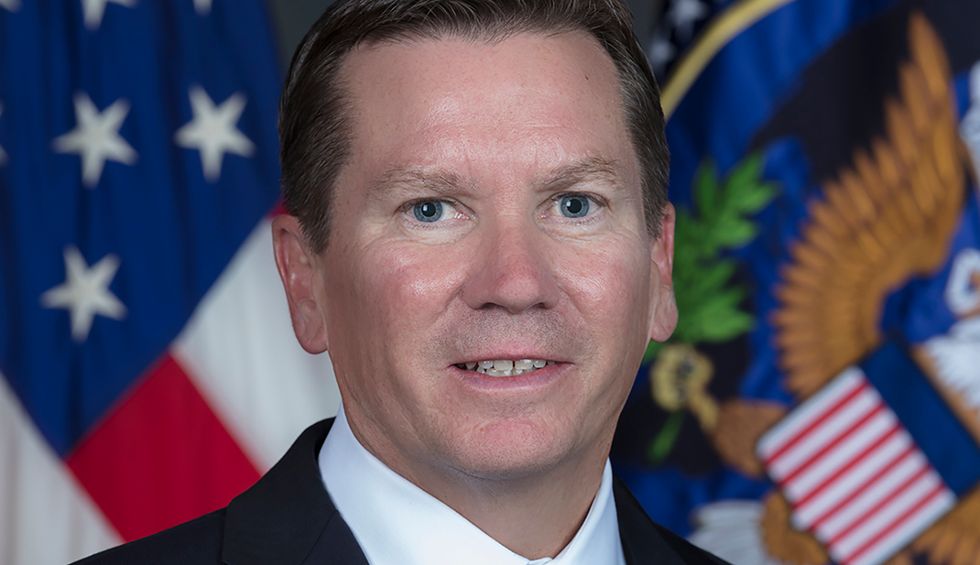 President Donald Trump recently fired Michael Atkinson from his position as inspector general for the United States’ intelligence community. And in a bold move on Thursday, Alex Joel, a senior officer for the Office of the Director of National Intelligence who worked closely with Atkinson in the past, vigorously defends his one-time colleague in an article for Just Security.

In his article, Joel explains why he enjoyed working with Atkinson at ODNI and believes that the former intel IG did his job with integrity.

“Protecting civil liberties is very much a team effort, and I could not have asked for stronger partners than the inspectors general with whom I worked,” Joel asserts. “They root out fraud, waste and abuse, investigate wrongdoing, and ensure that employees can report misconduct without fear of retaliation. Their job is not to tell leaders what they want to hear; it is to ensure that those in power hear the truth. None took his job more seriously than Michael Atkinson.”

In 2019, Atkinson’s name was often heard in connection with the Ukraine scandal after a whistleblower warned of Trump’s now-infamous July 25 phone conservation with Ukrainian President Volodymyr Zelensky — who Trump tried to pressure into investigating the Bidens. Atkinson alerted Congress the existence of the complaint, though he was barred against his own judgment from turning it over to lawmakers. Eventually, the White House was pressured to make it public, and Trump was indicted on two articles of impeachment by House Democrats, who asserted that Trump withheld military aid to Ukraine in the hope of getting political dirt on the Bidens. Trump was later acquitted during an impeachment trial in the GOP-controlled U.S. Senate.

In his Just Security article, Joel stresses that Atkinson understood that one of his duties as intel IG was “speaking truth to power.”

“I have been privileged to serve with intelligence professionals like Atkinson, who uphold our ethical principles and who do not shy from speaking truth to power,” Joel writes. “It is vital that the nation’s institutions support the ability of all government professionals to do so. When they speak the truth, they are doing the jobs the nation wants — and needs — them to do.”

Ryan Goodman, co-editor-in-chief of the outlet, tweeted: “This took guts to write.”

Former Director of the Office of Government Ethics Walter Shaub, who resigned in protest under Trump, agreed.

“This is really something!" he wrote. "‘Truth is literally a matter of life and death.’ It took courage to write. He may pay a price. Trump is waging a war on truth, ethics and national security — aided by Republican Senators who, at most, wring their hands and issue mild statements of concern.”