Rep. Justin Amash reveals his 2020 bid for the presidency 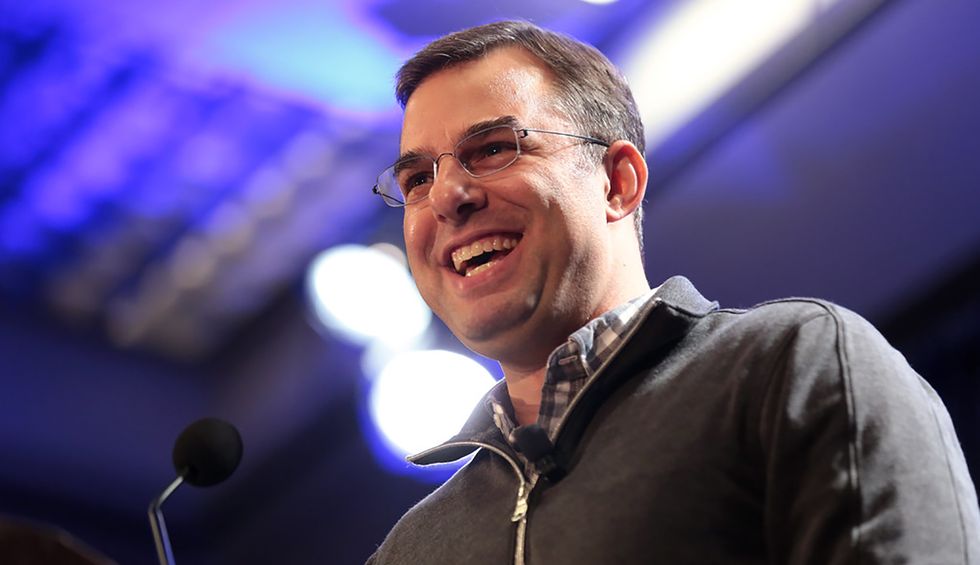 Independent Rep. Justin Amash of Michigan announced Tuesday night that he's officially launching a bid for the White House in 2020.

He's beginning with an "exploratory committee" rather than a formal campaign, but the effect is the same. He's throwing his hat in the ring and wants to see how far he can get.

"Today, I launched an exploratory committee to seek the [Libertarian Party]’s nomination for president of the United States. Americans are ready for practical approaches based in humility and trust of the people," he said in a tweet. "We’re ready for a presidency that will restore respect for our Constitution and bring people together. I’m excited and honored to be taking these first steps toward serving Americans of every background as president."

Of course, no one thinks a third-party candidate will win in the United States. And there's no reason to believe the American people are clamoring for a libertarian leader. So what's the point of this bid?

Many fear that Amash's run would siphon off any potential votes against President Donald Trump away from the Democratic nominee, giving the incumbent a greater advantage. However, it's not clear if this is how it would play out. The question is whether Amash would swing more votes away from Trump or more from the Democratic nominee, and it's difficult to predict ahead of time what the result will be.

Amash was a Republican until 2019, when he broke with the party in protest of Trump's presidency.

What's in it for him? Since he's not going to become president, and he may be as likely to help Trump as hurt him, the most plausible explanation for his potential candidacy is ego.