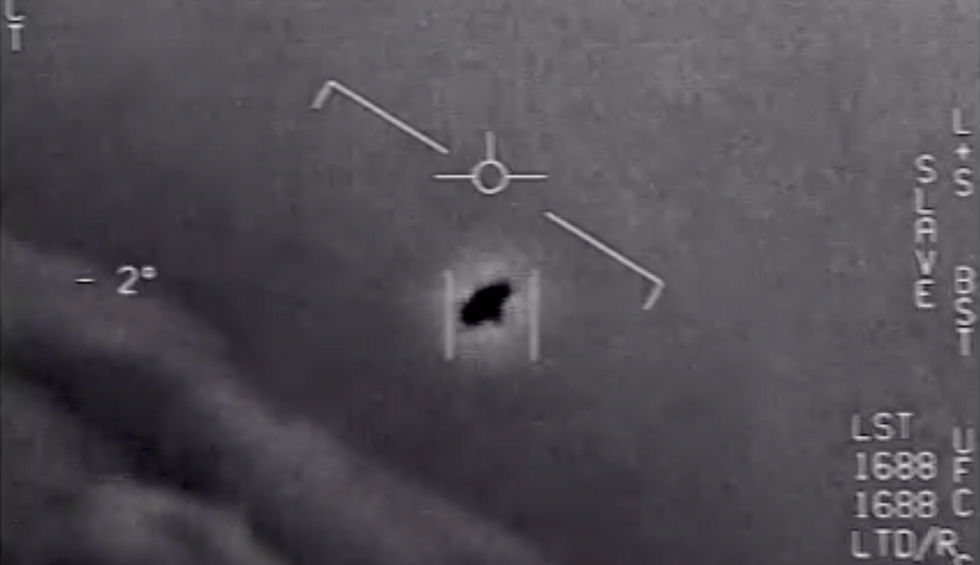 With the Pentagon having formally released three U.S. Navy videos showing what a spokesperson described as “unidentified aerial phenomena,” former Senate Majority Leader Harry Reid is calling for a thorough review of the material.

The footage can be downloaded here.

On Monday, the 80-year-old Nevada Democrat posted: "The U.S. needs to take a serious, scientific look at this and any potential national security implications. The American people deserve to be informed.”

CBS News’ Stefan Becket reports that according to Pentagon spokesperson Sue Gough, one of the three videos was recorded in 2004, while the other two were recorded by Navy pilots in January 2015. Becket quoted Gough as saying, “After a thorough review, the department has determined that the authorized release of these unclassified videos does not reveal any sensitive capabilities or systems, and does not impinge on any subsequent investigations of military air space incursions by unidentified aerial phenomena.”

Reid provocatively suggested the government knows much more about this phenomenon than it is making public:

I’m glad the Pentagon is finally releasing this footage, but it only scratches the surface of research and material… https://t.co/LX9nKDCI4J
— Senator Harry Reid (@Senator Harry Reid) 1588011364.0

The New York Times, Becket notes, first reported on the 2004 incident in 2017. One of the U.S. Navy pilots told the Times that an oblong object about 40 feet long was hovering over the Pacific Ocean — saying that it “accelerated like nothing I’ve ever seen.”

According to Becket, “The two other videos of incidents in 2015 include footage of objects moving rapidly through the air. In one, an object is seen racing through the sky and begins rotating in midair.”