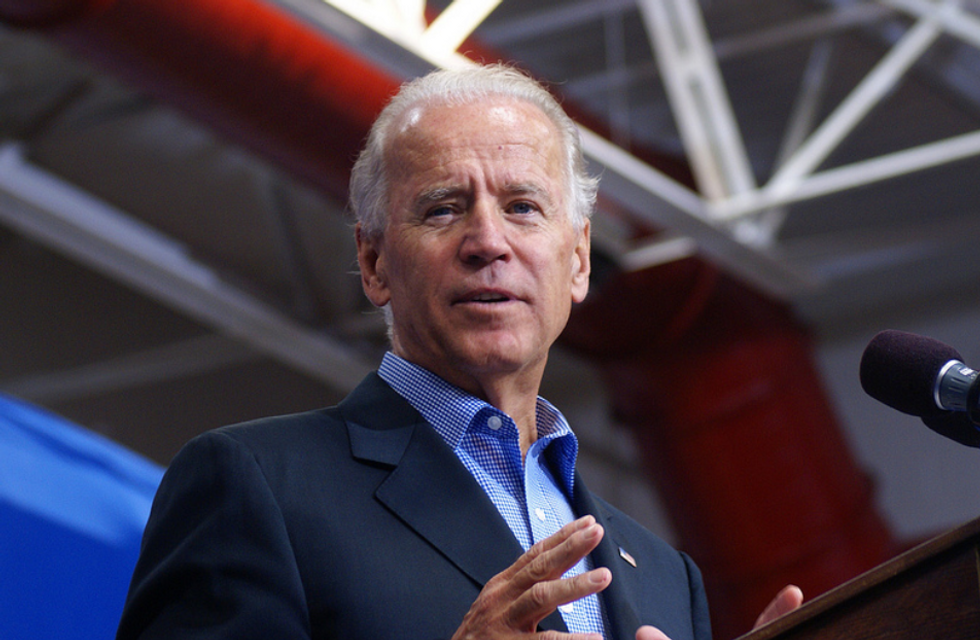 Last week, a variety of Democrats and their allies — from Sen. Bernie Sanders of Vermont and Sen. Elizabeth Warren of Massachusetts on the left to former President Barack Obama in the center — officially endorsed former Vice President Joe Biden. With Biden now preparing to go up against President Donald Trump in the general election, pollsters are trying to gauge which of the two has the advantage. And according to analysis from reporters Chuck Todd (host of NBC’s “Meet the Press”), Mark Murray, Carrie Dann and Melissa Holzberg, there is some good news for Biden in a new NBC News/Wall Street Journal poll — as well as some potential problems.

In an article published on NBC News’ website on Monday, the four reporters explain, “We’ll start with the good news for him: Biden leads President Trump nationally by seven points among all registered voters, 49% to 42%, though that’s down from his nine-point advantage a month ago.”

The poll also finds Biden performing well against Trump from a demographics standpoint.

They write: "Bottom line: Biden’s in the driver’s seat, but there are definite warning signs for him with six months to go — even though the incumbent president has many more flashing lights for him in this poll."

NBC News’ article goes on to deliver some of the “bad news” for Biden: Obama’s former vice president still has a problem with younger voters.

“While he leads Trump by 20-plus points among voters 18-34,” the article notes, “they have a net-negative personal opinion of him:  a fav/unfav of 25%/44%, which is a definite warning sign for Biden.”

Another warning sign for Biden, according to NBC News’ reporters: “Biden trails Trump by 11 points on which candidate better handles the economy, 47% to 36%.”