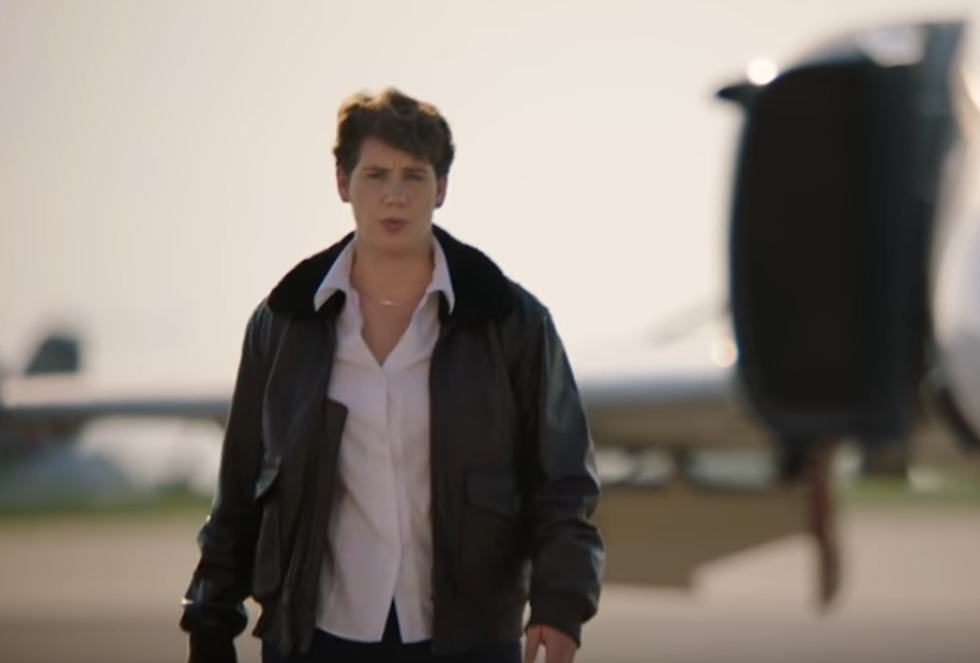 In Kentucky, Democratic senatorial candidate Amy McGrath has been waging an aggressive campaign against Senate Majority Leader Mitch McConnell, who is seeking reelection. McGrath knows she is fighting an uphill battle: Kentucky is a red state where President Donald Trump defeated Democratic presidential nominee Hillary Clinton by 30% in 2016. But that doesn’t mean that McConnell isn’t taking McGrath’s campaign seriously: The Hill’s Tad Axelrod is reporting that this week, McConnell is responding to her attack ads with an attack ad of his own. McConnell’s campaign didn’t specify how much was spent on the ad but told The Hill that it was a “substantial statewide buy.”

Here are some indications that McConnell is taking nothing for granted and is taking McGrath’s challenge quite seriously.

1. McConnell’s ad defends his record on coronavirus and health care

In the 2020 election, two of Republicans’ greatest vulnerabilities could be their record on health care and Trump’s response to the coronavirus pandemic. In his anti-McGrath ad, McConnell defends his response to coronavirus, asserting that he is “working across the aisle to get hundreds of millions in federal dollars for Kentucky’s hospitals. He’s helping stranded Kentuckians get back from overseas.”

Health care is one of the issues that the 44-year-old McGrath (a former U.S. Marine fighter pilot) has been attacking him on. And by defending his record on health care and coronavirus in the ad, McConnell is, in effect, acknowledging one of his vulnerabilities.

McConnell has fought hard for the repeal of the Affordable Care Act of 2010, a.k.a. Obamacare, and he continues to oppose the ACA during a deadly pandemic — a fact that McGrath will no doubt be emphasizing during the months to come.

Mitch does not care about Kentucky. He's repeatedly tried to destroy programs that work to stop the spread of infec… https://t.co/q426mYYwxE
— Amy McGrath (@Amy McGrath) 1586955373.0

2. McConnell is being slammed in Kentucky newspapers for his ‘loyalty to Trump’

In late December, the Louisville Courier-Journal published a biting op-ed by law professor Kent Greenfield — a Kentucky native who discussed Trump’s impeachment and attacked McConnell as someone who favors loyalty to Trump over loyalty to the U.S. Constitution. Greenfield wrote, “We Kentuckians know that our word is our bond. Oaths are the most solemn of promises, and their breach results in serious reputational — and sometimes legal — consequences.”

That’s not the type of publicity McConnell needs in Kentucky.

3. McGrath has a fundraising advantage — at least for now

The Republican National Committee (RNC) obviously isn’t going to roll over and play dead where McConnell is concerned: he’s been in the U.S. Senate since the 1980s, and a McConnell loss in November would be absolutely humiliating for the GOP. But the Center for Responsive Politics (CRP) reports that McGrath has been performing impressively well when it comes to fundraising and small donations: during 2020’s first quarter, she out-raised McConnell by $5 million. McGrath raised $12.8 million during that period, while McConnell raised $7.8 million. In total fundraising, McGrath has brought in $30 million compared to McConnell bringing in $25.6 million.

One of the most shocking political bombshells of 2019 occurred when Democrat Andy Beshear narrowly defeated far-right incumbent Gov. Matt Bevin in Kentucky’s gubernatorial race. Kentucky now has a Democratic governor — a fact that is not lost on McConnell. And recent polls have been showing a close race in the battle for the U.S. Senate seat that the 78-year-old Republican holds. A Change Research poll found the race to be a dead heat, while a Garin-Hart-Yang poll showed him leading McGrath by 3%. Other polls have shown McConnell ahead by 1%.

FiveThirtyEight.com has predicted that McConnell, in the end, will pull off a narrow victory, but “narrow” is the operative word — and McConnell would much rather be ahead by 10% or 15% than have McGrath within striking distance of him in those polls.