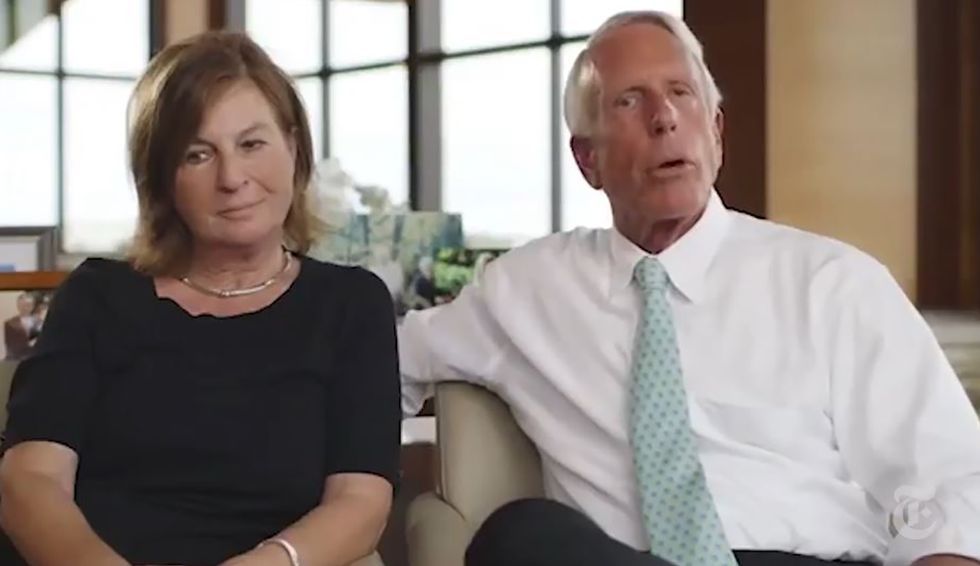 In the business world, supporters of stay-at-home orders and aggressive social distancing have been arguing that ending them prematurely — and causing unnecessary deaths from coronavirus — will ultimately hurt the U.S. economy a lot more than the financial pain that is presently being felt. But one person who doesn’t see it that way is billionaire shipping magnate Liz Uihlein, a major GOP donor and an economic adviser to President Donald Trump. And Bloomberg News reporters Anders Melin and Polly Mosendz, in an April 21 article, describe some of the actions Uihlein is taking politically to discourage social distancing and stay-at-home orders.

Uihlein, Melin and Mosendz report, is supporting a petition to recall Democratic Wisconsin Gov. Tony Evers for his stay-at-home order.

“As protests grip Wisconsin and other states with Democratic governors, the debate is dividing neighbors, politicians and business executives,” the Bloomberg journalists notes. “Big company CEOs — Democrats and Republicans alike — have generally urged caution about reopening because of the health risk, yet some of the GOP’s biggest donors have been pushing hardest on the side of lifting restriction.”

Uihlein has a history of downplaying the severity of COVID-19. In a March 13 e-mail to Illinois politicians, the Uline CEO asserted, “The media is overblowing COVID-19. At what point do we go back to our normal lives? This has been a huge disruption.”

But the pandemic that Uihlein believes the media are “overblowing,” according to researchers at John Hopkins University in Baltimore, has killed at least 178,845 people worldwide (as of early Wednesday morning, April 22). And that includes over 45,000 deaths in the United States, which has become the coronavirus epicenter of the world.

Uihlein has been criticized for not doing enough to encourage Uline employees to work from home. Melin and Mosendz note that Uline is offering an extra $5 per hour to employees who work on site rather than working from home.