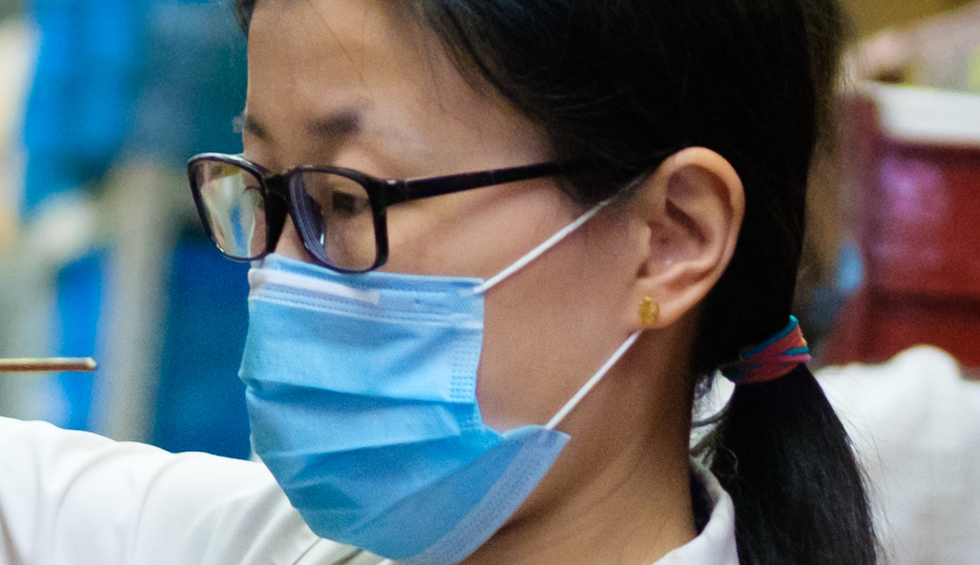 Across the nation, people who are able to are volunteering to offer free delivery of food and household supplies to the most vulnerable members of their communities. Volunteers all over are sewing masks, distributing hand sanitizer (often from distilleries, breweries and other local businesses that have been making and donating it) and other cleaning supplies, and offering free grocery deliveries to people who are advised not to leave their homes. There is a mass mutual aid effort underway in response to the COVID-19 pandemic.

Addison Winslow, a community organizer in Chico, California, has been helping to lead the charge with the local branch of the Democratic Socialists of America (DSA), to bring mutual aid to the area’s most vulnerable. The region is no stranger to mutual aid efforts and emergency volunteer mobilization. After the Camp Fire devastated and traumatized the nearby Butte County hill towns in November 2018 and Chico was heavily impacted by smoke, the region required a mass mobilization effort by volunteers and community to offer aid and work to accommodate the surging population when “Camp Fire refugees” arrived in Chico. According to Winslow, the area has not had a “normal” day since the fires, and because of this, in some ways local aid groups were ahead of the curve in Chico. For example, due to the fires, their DSA group already had stockpiles of N95 masks—some of which they recently sent to a group looking to start mutual aid efforts in Toledo, Ohio.

“Mutual aid is like disaster relief,” he says. “It feels like picking up the pieces that are falling all over the place.”

Winslow adds that it’s also an opportunity to push forward the vision for a more caring, cooperative society that sees housing and health care as human rights for all people.

Winslow says mutual aid and community volunteer efforts are a sort of antidote to fear-based responses to the crisis, such as hoarding toilet paper and other goods.

“We’re providing the alternative to that… a light for society on the other side of people worrying about themselves at the expense of the rest of society,” he says. “We can work together as a community.”

As many of the volunteer networks normally operating in Chico are largely composed of retirees, and people aged 65 and older have been advised by the governor’s office to stay indoors, Winslow says younger volunteers in the area are working to fill in the gaps however they can. And, he notes, there are several other groups in the region providing services, mutual aid offerings, and other support initiatives.

At any given time, a group of between 10 and 30 DSA volunteers have been manning the phone lines of the hotline, accruing supplies and financial support, and delivering goods to the community’s most vulnerable—from low-income seniors and people with immunodeficiencies, to houseless communities who have limited-to-no access to basic supplies and information about the pandemic, with libraries and other primary resource hubs they normally have access to shutting down because of the novel coronavirus outbreak.

Volunteers from the DSA have been finding or making hand sanitizer and hiking into creek beds and other areas where many of the region’s homeless encampments are located, offering them supplies and updating them on the situation.

Similar efforts to those in Chico are mounting across the country. A public Google spreadsheet, the “Database of Localized Resources During COVID 19 Outbreak,” offers a catalog of mutual aid efforts underway. Anyone can search for their nearby aid groups and make a localized request for supplies or support.

Many creative, autonomous efforts to provide free or subsidized food and other resources to communities hit hardest by the pandemic are forming all over, such as the new free grocery program in Tucson, Arizona, dubbed the Tucson Food Share, or recent efforts by volunteers for the People’s Breakfast Oakland who have donned gloves and N95 masks to hand out pre-packaged meals to houseless locals. In Tulsa, Oklahoma, the Socialist Rifle Association opened a physical space where they’re distributing free groceries and medical supplies to community members suffering financially after losing their jobs. Volunteers in Portland, Oregon, gave out hand sanitizer, Lysol spray, and other safety supplies at a resource fair and information session on pandemic preparedness organized for street medics and first responders. These are just a few of the hundreds of local, volunteer efforts taking place to provide mutual aid, many of which are detailed in a recent article published on It’s Going Down, which is a digital community center.

Winslow says the Chico DSA and other mutual aid groups are operating as open sources for the public and working to offer education and resources to anyone interested in joining the mutual aid effort. He says any support, however large or small, is important.

For those who are not able to leave their homes to take action, there are still many ways to get involved in mutual aid, from sewing masks to creating community phone trees or online community aid social media groups or Google spreadsheets where neighbors can post needs and offerings. The CodePink website, which is a women-led grassroots organization, also offers a list of actions and efforts to take, many of them possible from home, during the pandemic.

April M. Short is an editor, journalist and documentary editor and producer. She is a writing fellow at Local Peace Economy, a project of the Independent Media Institute. Previously, she served as a managing editor at AlterNet as well as an award-winning senior staff writer for Santa Cruz, California’s weekly newspaper. Her work has been published with the San Francisco Chronicle, In These Times, Salon and many others.