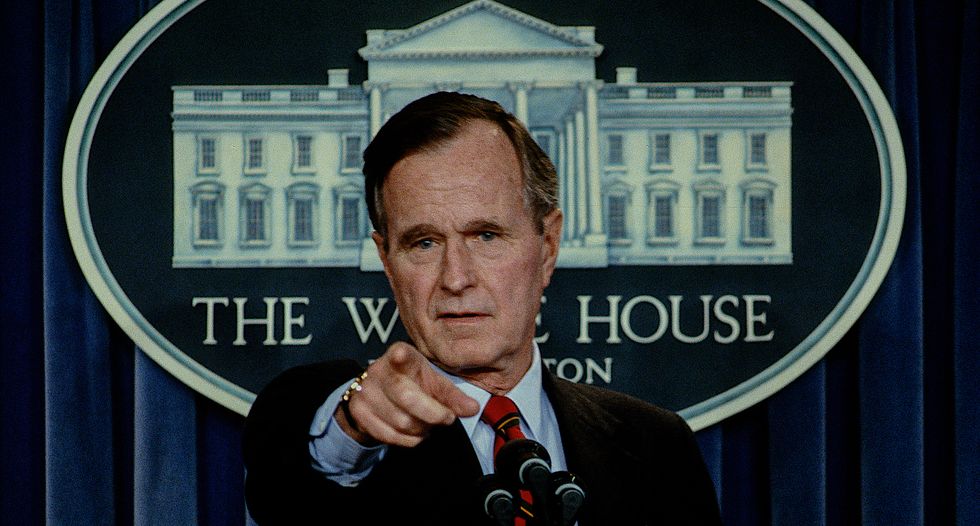 When American presidents run for re-election, they usually win — especially in recent history. Before President Donald Trump, his three most recent predecessors were granted a full eight years by the American electoral system. The last president to lose re-election was George H.W. Bush.

With the 2020 election essentially on ice while the coronavirus crisis unfurls, it's worth asking: What does it take for a president to miss out on a second term in the United States?

The benefits of incumbency

Being an incumbent running for re-election is clearly an advantage. Voters don't have to imagine the candidate as president. Every day, just by existing, the candidate shows that in the most literal sense they are presidential material. And the presidency gives them opportunities that their opponents lack: they can command media attention, make important decisions, and embrace the pageantry of the office. The benefits of incumbency for other political offices, too, are well documented.

People, in general, also have a significant status quo bias. So even if voters have complaints about the present administration, they know what they're getting with the current president and may be inclined to stick with what the're familiar with. The unknown risks of a new president may loom larger in their minds than readily apparent and widely known downsides of the incumbent.

And, at least in one sense, there may be a general reason to prefer an incumbent, all else being equal (which, of course, it never is). It takes time for a new administration to set itself up and a lot of work for the president to learn the ropes. Many important policy details and government functions may be impaired during the presidential transition, and this is time we can never get back. Any partisan will agree that these transition costs is the are worth it to get their party in power (and arguably, the transition costs for a Biden presidency are lower than normal given his familiarity with the executive branch), but a voter who was genuinely ambivalent between the parties may consider this a decisive factor.

But despite these advantages, some presidents do lose.

Consider the first President Bush. Following on Ronald Reagan's two terms, Bush actually was a quite popular president for most of his term. His approval peaked at 89 in the Gallup ratings following victory in the Gulf War. At that point, it may have seemed like he was destined to sail to re-election.

And yet it all fell apart. It's one of the most important lessons in politics: Don't get too comfortable. Everything can change.

Bush was hurt by breaking his infamous "read my lips" pledge not to raise taxes. This broken promise confirmed exactly what the Republican base had always feared about Bush: he wasn't a true believer in ideological conservatism like Reagan. As Gallup noted, his approval dropped to 60 percent when he broke this pledge, which was prior to the Gulf War. While 60 percent approval would be seen as phenomenal today, it was down from Bush's previous high of 80 percent.

Bush's approval rating remained above 80% until mid-April 1991, but gradually declined over the course of the year as Americans' attention shifted from the Persian Gulf to the struggling U.S. economy. Though the recession officially ended in March 1991, the perception among Americans that the economy was in poor shape persisted well into the next year. By October, with Bush's nomination of Clarence Thomas to the Supreme Court, his approval rating dropped below 60%.

Election year 1992 began with Bush's approval rating at 46%, the first time it had dropped below the majority level. It slipped further to the low 40s amid the 1992 presidential primaries in which Bush beat back a challenge for the Republican nomination from conservative commentator Patrick Buchanan while the Democrats coalesced around Arkansas Gov. Bill Clinton. Billionaire businessman H. Ross Perot also entered the race in early 1992, as a conservative-leaning independent who threatened to siphon votes from Bush in the fall.

The U.S. faced additional challenges over the next several months, most notably the Los Angeles race riots in April and May. However, Bush's job approval held near 40% until June, when it dipped further to 37%, after campaign clashes with Perot.

Bush's job approval rating sunk to the lowest point of his presidency, 29%, in July 1992, after Clinton and his party's leaders focused their message on the poor state of the economy at the well-received Democratic National Convention.

Even though Bush had shown the ability to rally the country behind him, other events intervened. The economic downturn severely hurt his re-election chances, and this fact was likely exacerbated by the fact that his base voters were discouraged by his broken tax pledge. He had no cushion to fall back on when misfortune intervened.

And what of President Jimmy Carter? He, like Trump, was an unlikely candidate to become president. Once in office, though, he should have had an easier time keeping it. So what went wrong?

There are two main explanations generally given for his failure. As History.com explained:

In November 1979, a mob of Iranian students stormed the U.S. embassy in Tehran and took its diplomatic staff hostage as a protest against the arrival in the United States of the deposed Iranian shah, Mohammad Reza Shah Pahlavi, in order to receive medical treatment. The students had the support of Iran’s revolutionary government, led by Ayatollah Ruhollah Khomeini. Carter stood firm in the tense standoff that followed, but his failure to free the hostages during the Iran hostage crisis led his government to be perceived as inept and inefficient; this perception increased after the failure of a secret U.S. military mission in April 1980.

And then, of course, there was the economy. Unfavorable conditions made voters desire a change, and Carter was already looking weak. The Brookings Institution summed it up succinctly:

In 1980, Jimmy Carter stood for re-election with even more rapid inflation, fueled by the second OPEC oil price shock, and with a sharply higher unemployment rate, which stemmed from policies to reduce that inflation. He lost in a landslide.

It probably didn't help that Reagan was a more skilled performer, as the Miller Center recounted:

A televised debate between the Carter and Reagan was set for a few days before the election, and it all but finished Carter. The president had prepared hard for the debate, recognizing it as the last card in his losing hand. But Reagan was an infinitely superior television candidate. Someone asked Carter a question about the arms race with the Soviets, and he claimed that he had helped decide policy towards it by discussing it with Amy, his eight-year-old daughter. When Carter acted querulous and sounded shrill, Reagan turned to  rtly and asked viewers, "Are you better off than you were four years ago?" The next day, Carter was stunned at the latest poll numbers-the very bottom had dropped out. The polls did not lie. When the election returns were released, the president had lost by nearly 10 percent of the popular vote and by 440 electoral college votes.

So what does this mean for Trump?

Will our current president joined the ranks of the first Bush and Carter, and before them, Herbert Hoover? Obviously, we won't know until it happens. But current events show that the ingredients for repeating their failures are here.

Trump has badly mismanaged the coronavirus crisis. And while he appeared to get a minor polling boost as Americans reacted to the threat, that seems to have faded — and it was quite small to begin with. He never had the good will that either Carter or Bush had.

And the economy is taking a massive hit. On Thursday, new unemployment numbers were released that show this is the worst downturn since the Great Depression. It's possible this could start to turn around by November, but people are still likely to be feeling the financial pain then. And the unpredictable course of the virus could remain a major peril.

Trump has also lied continuously as the virus has progressed, both about the state of the outbreak and about his administration's response. If Democrats want to hold him responsible for his failures, they'd be wise to drive home some of Trump's failed promises, such as his claim that "Anybody who wants a test gets a test." More than a month later, this still isn't true.

All these factors seem like a replay of the conditions both Carter and Bush faced that led to their defeats. But we shouldn't assume this means Trump will lose. The country finds itself in an extremely polarized political moment, and that may mean Trump's approval rating will be more stable than that of his predecessors, even through times of severe disruption. And Trump still seems to have an advantage in the electoral college map, which means he could win a second term even if a majority of the country is against him.

Trump has also been consistently unpopular, though, which gave Democrats hope that they could oust him even if the economic outlook remained strong. Republicans may think that the crisis gives Trump an opportunity to prove himself a strong leader — and he may be able to convince some voters of that — but overall, it should make them less optimistic about his chances in November than they otherwise would have been.