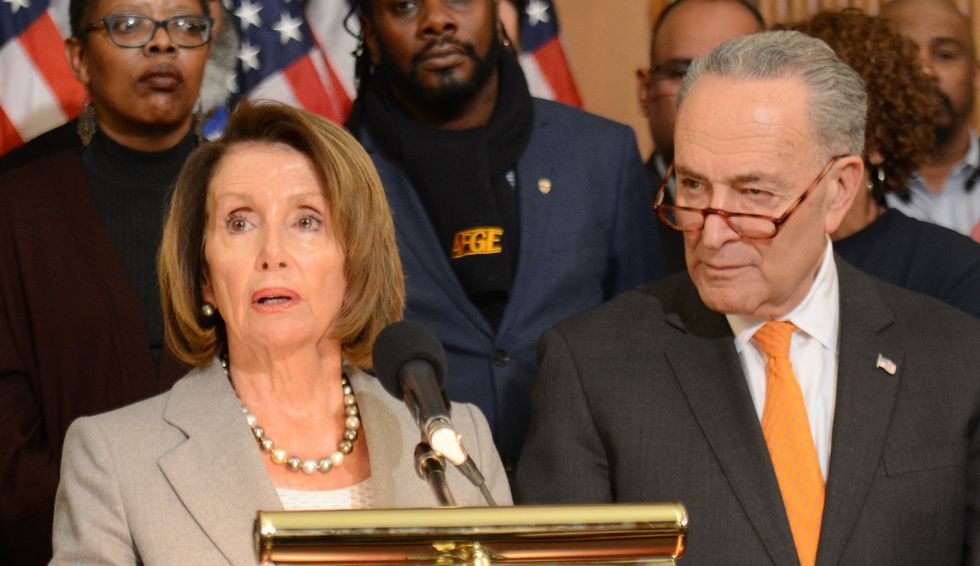 In the span of a couple of months, Senate Republicans have gone from bullish on their prospects in November to pretty desperate. Back in February, they were salivating over painting Democrats as the party of left-wing extremism, with Vermont Sen. Bernie Sanders as its standard bearer. The GOP caucus had just giddily acquitted Donald Trump after a sham witness-free trial and senators were looking forward to touting the strength of the economy.

Then Trump spent the month on a lying spree about the soon-to-be global pandemic that would ultimately ravage American lives and livelihoods—on his watch. Democrats coalesced around the far more moderate former Vice President Joe Biden, and the economy started to plummet along with Trump's approval numbers. Now Senate Republicans are staring down a presidential election that increasingly stands a real chance of sweeping away their slender three-seat majority.

In fact, Democrats aren't just viable in the most talked-about Senate races in Arizona, Colorado, North Carolina, and Maine. They are now also looking at opportunities in Montana and Georgia, along with a slim glimmer of maybe hanging on to Democratic Sen. Doug Jones' seat in Alabama.

According to The Washington Post, Biden also had a hand in securing some of the best Democratic candidates, reaching out to both former Colorado Gov. John Hickenlooper and current Montana Gov. Steve Bullock to encourage them to run. After serving in the Senate for 36 years, Biden continues to show a keen interest in strengthening Democrats' chances of reclaiming the chamber.

And where Democrats see openings, Republicans increasingly see trouble. “I think their optimism is fading a bit, because it feels like more of a jump ball,” GOP donor and oil industry executive Dan Eberhart said of Republican officials.

Robbed of their jabs against socialism as well as saddled with Trump's abysmal comportment and a spiraling economy, Republicans are pinning their hopes on things as far-flung as blaming China for the country's dismal state of affairs.

There's also the very real prospect of Republicans' political deficit continuing to worsen. Trump has provided no path forward to increasing national testing and reopening the economy, and he continues to make dumber pronouncements by the week. If you think Trump can't improve on bleachgate, just wait—he can always go lower.

On top of all that, one can easily see a messy public rift growing between Trump and Senate Republicans as the caucus tries to insulate itself from Trump's constant self-inflicted wounds. The supposed silver bullet of riding Trump's coattails to victory is looking more and more disastrous by the day. Nothing in the polling—public or private—suggests that strategy is a winner.

But the more Senate Republicans try to separate from Trump, the more tumultuous their path to reelection will get. Trump will never allow them to disown him without taking them down, too. Just such a spat spilled into public view this week with news that the Senate Republicans' campaign arm circulated a memo advising its members against defending Trump. Trump's campaign team quickly promised retribution for any Republican senator hewing to that strategy.

More fireworks are coming, folks, fueled by a capricious and deadly pandemic that knows no party or political bounds.