Here's the dark irony of the coronavirus: It's interrupting humanity’s ability to kill itself 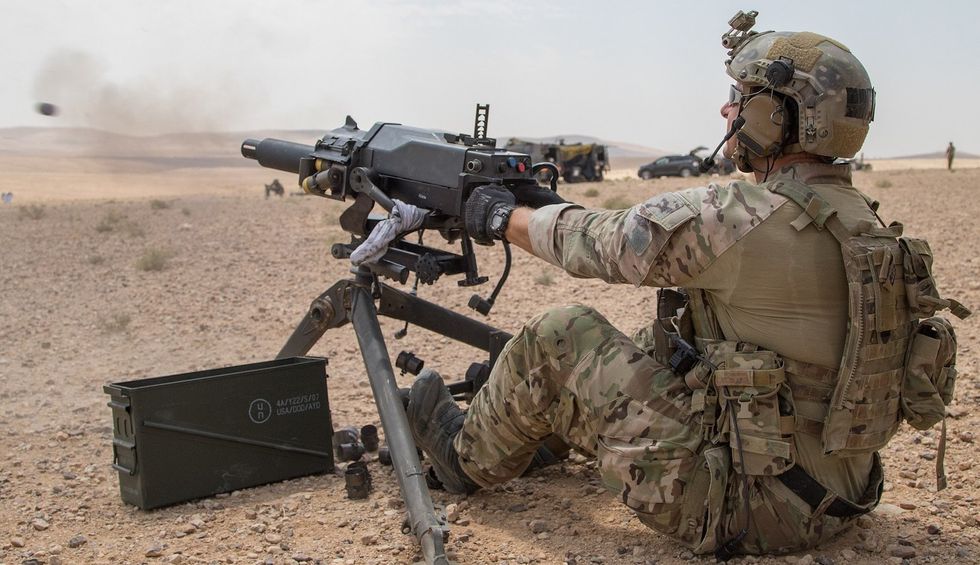 The uber-irony about the deadly coronavirus is that, as it claims lives, endangers millions and interrupts the social normal, threatening unprecedented global chaos, it is also quietly informing us what we must do to create a better world — and, indeed, creating it, in certain ways, as we look on in stunned wonder.

The ”what we must do” part is obvious to many: “After all,” writes Lawrence Wittner, “why not work cooperatively to save humanity from massive global death and economic collapse rather than continue to devote $1.8 trillion a year to waging wars and engaging in vast military buildups with the goal of slaughtering one another?”

And Khury Petersen-Smith, pointing out how xenophobic racism at the level of national government — e.g., Donald Trump’s initial impulse to blame China for the virus — fans the flames of public stupidity, writes: “The impact will be disastrous. Already, racists have taken license to attack Asians and Asian-Americans in public. And stoking division on a world scale will undermine one of the most important keys to our collective survival of this crisis: cooperation across borders.”

Has the division of the planet into nation states, each with a desperately maintained sense of identity — an identity that seems so real to so many when there’s an enemy beyond the border to hate and fear — completely deprived national leaders of the ability to think holistically: to think beyond the imaginary borders of the worlds they rule?

As the world struggles to create or flee from the new normal that’s emerging (or maybe not), here’s a phenomenon almost too strange to comprehend: March 2020, with schools across the country closed down, “was apparently the first March in nearly two decades without a school shooting in the U.S,” CBS News reports. The last March our school system has been free of a shooting spree was 2002.

But let’s go back to the nearly $2 trillion the world as a whole devotes annually to war and armaments, all in the name of keeping itself safe. This is insanity beyond comprehension. But because, up until the last couple months, it has been, for several millennia, the essence of Normal, the falseness of that belief doesn’t matter. It’s the way things are. Protecting borders and “interests” is the primary function of most national leaders across the globe. Almost every nation maintains a hammer — that is to say, a military — and every problem out there then becomes a nail to whack at. Is the coronavirus waking us up?

“Imagine,” writes David Swanson, “if the nuclear doomsday clock being closer to midnight than ever before were addressed appropriately, with some hint of interest from human governments in human survival.”

That’s precisely what millions of people across Planet Earth have desperately wanted from their governments — some hint of interest in human survival! — since, I would say, the dawn of the nuclear age. Has the division of the planet into nation states, each with a desperately maintained sense of identity — an identity that seems so real to so many when there’s an enemy beyond the border to hate and fear — completely deprived national leaders of the ability to think holistically: to think beyond the imaginary borders of the worlds they rule?

“Considering these questions,” writes Murtaza Hussain, “it’s hard not to conclude that the American government’s national security priorities have been so askew of reality that they left the country dramatically unprepared for an acute threat to millions of its people.”

While world leaders prepare for war, real threats continually percolate. One of them, of course, now has the name COVID-19. But most of them remain nameless and barely imaginable. That doesn’t mean we shouldn’t be looking at and addressing them with all the clarity we can muster.

Doing this is the work of what Swanson called a Department of Actual Defense, which is a far different entity from the current US. Department of Defense, which for most of American history was more accurately called the Department of War. A Department of Actual Defense “would need to be global, not national,” and, actually having an interest in human survival, would address our collapsing ecosystem, as well as poverty, physical and mental health, and issues of safety, he writes. I could see it also addressing the ongoing global pandemic of violence, the inadequacy of our prison system, the nature of crime and the nature of healing.

“A Department of Actual Defense,” he writes, “would train pro-environment workers, disaster-relief workers, and suicide-prevention workers in the tasks of protecting the environment, relieving disasters, and preventing suicide, as opposed to training and arming them all to kill large numbers of people with weapons but then assigning them to other tasks. We don’t need a military redirected but disbanded.”

Unfortunately, while the Department of Actual Defense has not yet attained actual existence, the Department of War . . . I mean, the Department of Pseudo-Defense . . . continues to strategize about winning victories that have nothing to do with the real world and its real dangers. For instance, the New York Times recently informed us:

“The Pentagon has ordered military commanders to plan for an escalation of American combat in Iraq, issuing a directive last week to prepare a campaign to destroy an Iranian-backed militia group that has threatened more attacks against American troops. . . .

“Some top officials, including Secretary of State Mike Pompeo and Robert C. O’Brien, the national security adviser, have been pushing for aggressive new action against Iran and its proxy forces — and see an opportunity to try to destroy Iranian-backed militia groups in Iraq as leaders in Iran are distracted by the pandemic crisis in their country.”

Actual military commanders see a few problems with this: “The debate is happening as top Pentagon officials and senior commanders worldwide are also expressing growing concerns about coronavirus cases expanding rapidly in the ranks, potentially threatening the military’s ability to field combat-ready troops.”

And there you have it: The virus is interrupting humanity’s ability to kill itself.

Robert Koehler is an award-winning, Chicago-based journalist and nationally syndicated writer. His new book, Courage Grows Strong at the Wound is now available. Contact him at koehlercw@gmail.com or visit his website at commonwonders.com.