Here's how Democrats can 'stand up' to 'madman' Trump as he hijacks coronavirus pressers for his own nightly political show: columnist 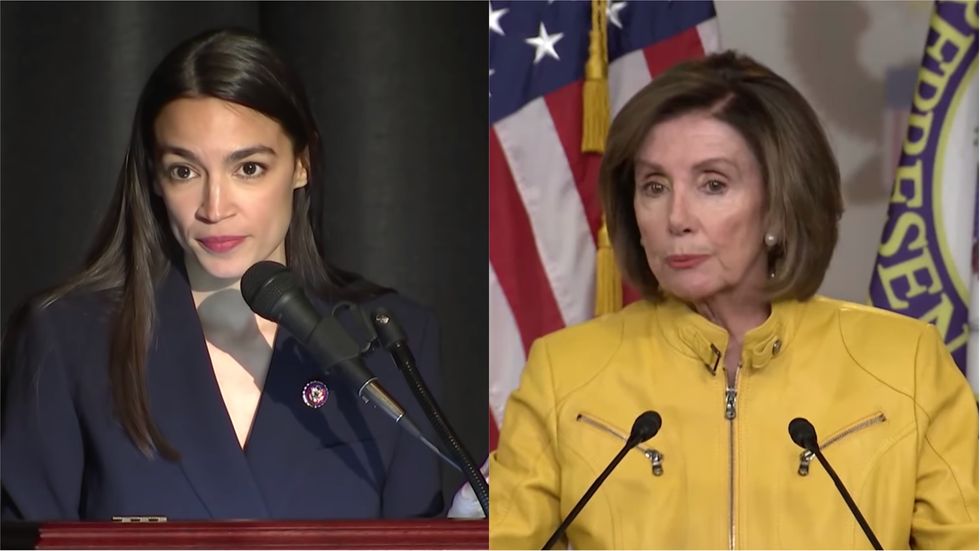 Given how badly President Donald Trump has mishandled the coronavirus pandemic, some pundits have been predicting a major Democratic wave in November — although The Bulwark’s Bill Kristol (a Never Trump conservative who is rooting for former Vice President Joe Biden) has warned that Trump might benefit from a “rally-round-the-flag effect” (meaning a tendency to rally around the president during a time of crisis). But journalist Michael Tomasky, this week in an op-ed for the Daily Beast, outlines some ways in which Biden and other Democrats can counter Trump’s propaganda this election year.

“Biden is the presumptive nominee. Fine. But he has no official role right now and holds no elected office,” Tomasky explains. “MSNBC’s Stephanie Ruhle suggested the other day that he form a ‘shadow government’ that would counter Trump’s daily deceit diet. It’s a good idea in some ways, but we’re not a parliamentary system — where shadow governments are the norm. It might look gimmicky.”

Tomasky goes on to cite some ways in which House Speaker Nancy Pelosi, Senate Minority Leader Chuck Schumer and other Democrats in Congress can get their anti-Trump message out.

“Schumer and Pelosi should appoint a rotating group of Democrats from the Senate and House to give a press conference every night right after Trump’s reality show,” Tomasky advises. “They need to say two things. First, call out the lies Trump just told, which means having a team sitting there in real time checking his claims so the Democrats can stand up there and say, ‘That thing he just said about ramped-up testing? Not true.’ Second, tell people what the reality on the ground actually looks like, and what’s happening with the money that’s supposed to be going out to people.”

Tomasky adds that the nightly Democratic press conferences could be held in Washington, D.C. “with safe social distancing in one of those cavernous hearing rooms in the Hart Senate Office Building or the Rayburn House Office Building.”

The Democratic press conferences, according to Tomasky, should include an “ideologically diverse collection of their younger members” — for example, Rep. Alexandria Ocasio-Cortez of New York City.

“Alexandria Ocasio-Cortez is a must,” Tomasky asserts. “She’s smart, she’d be really good at this — and lately, she’s been as much of a team player as any Democrat could ask. And I mean, come on. She’s a star. She has 6.7 million Twitter followers. With her on board, these Democratic press conferences will get better ratings than the president’s. Orange Julius will turn beet red.”

Other Democrats Tomasky recommends range from Rep. Katie Porter of California to Rep. Abigail Spanberger of Virginia to Sen. Chris Coons of Delaware.

“Would it change the world? No,” Tomasky asks. “Nothing changes the world. But at least they’d be saying to America: hey, we’re here too. And we’re not going to let that madman stand up there every night and tell lies.”