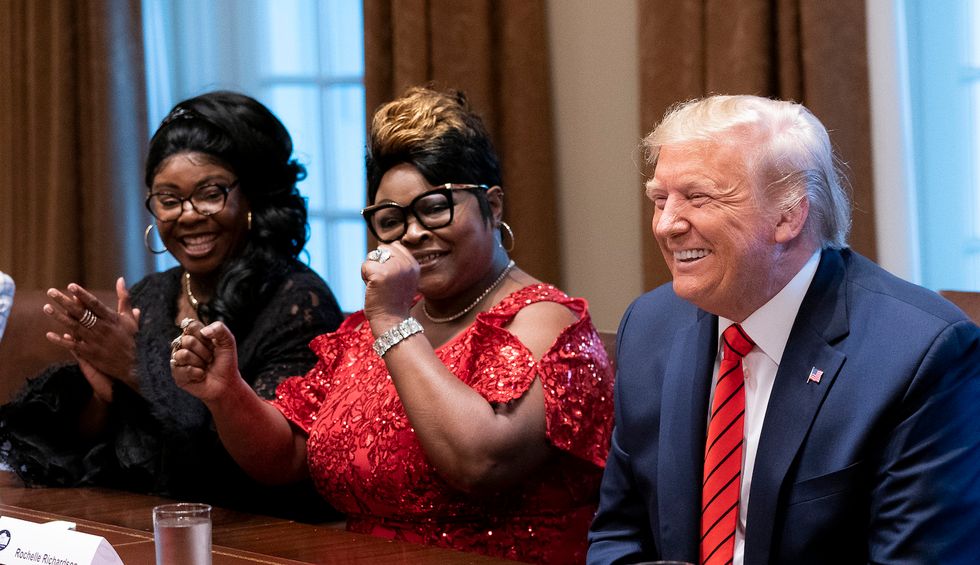 Although Fox News and Fox Business have been widely criticized for downplaying the dangers of coronavirus, very few pundits at the right-wing cable news outlets have actually lost their jobs because of it. However, Fox News parted company with former host Trish Regan in March and is now severing its ties to frequent guests Diamond and Silk, the Daily Beast reported on Monday evening. And as Media Matters’ Matt Gertz sees it, singling Diamond and Silk out for termination is hypocritical in light of how terrible Fox News’ overall coverage of the pandemic has been.

“Diamond and Silk’s departure isn’t a sign that Fox is becoming more responsible about its handling of the pandemic,” Gertz asserts. “The network doesn’t have hard standards against lies, bigotry, or conspiracy theories that it enforces on its right-wing commentators. Instead, it has a public relations strategy that revolves around sacrificing low-level employees when they draw too much negative media attention for their remarks, while protecting its big stars when they do the same thing.”

During their Fox News appearances, Lynnette Hardaway and Rochelle Richardson, a.k.a. Diamond and Silk, said many of the types of things that others at Fox News typically said — for example, claiming that the mainstream media were exaggerating the dangers of coronavirus in the hope of inflicting harm on Donald Trump’s presidency. Diamond and Silk insisted that “the number of American coronavirus deaths has been inflated to make Trump look bad” — a claim Gertz describes as “baseless.”

“The duo’s comments were risible and dangerous,” Gertz writes. “They also weren’t dissimilar from what more prominent Fox employees have said on the network’s highest-rated programs, albeit in a more high-brow fashion.”

Gertz cites some examples of recent coronavirus coverage at Fox, noting, “Star host Tucker Carlson and Brit Hume, Fox’s senior political analyst, argued on ‘Tucker Carlson Tonight’ earlier this month that the COVID-19 death toll had been inflated due to what Carlson termed journalists’ ‘agenda.’ In fact, data suggests that the COVID-19 death total has been significantly undercounted.”

Gertz points out that similarly, Fox made Regan “the scapegoat for its much-maligned coverage minimizing the danger posed by the coronavirus in late February and early March.”

Regan, Gertz recalls, “had claimed that Trump’s enemies were using the coronavirus (in) ‘an attempt to demonize and destroy the president,’ describing this as ‘yet another attempt to impeach the president.’ That language closely matched how other Fox personalities had talked about the virus — notably, star host Sean Hannity, as The Washington Post’s Erik Wemple noted. But when Fox took heat for its coronavirus programming, the network’s executives threw Regan overboard and took no action against Hannity.”