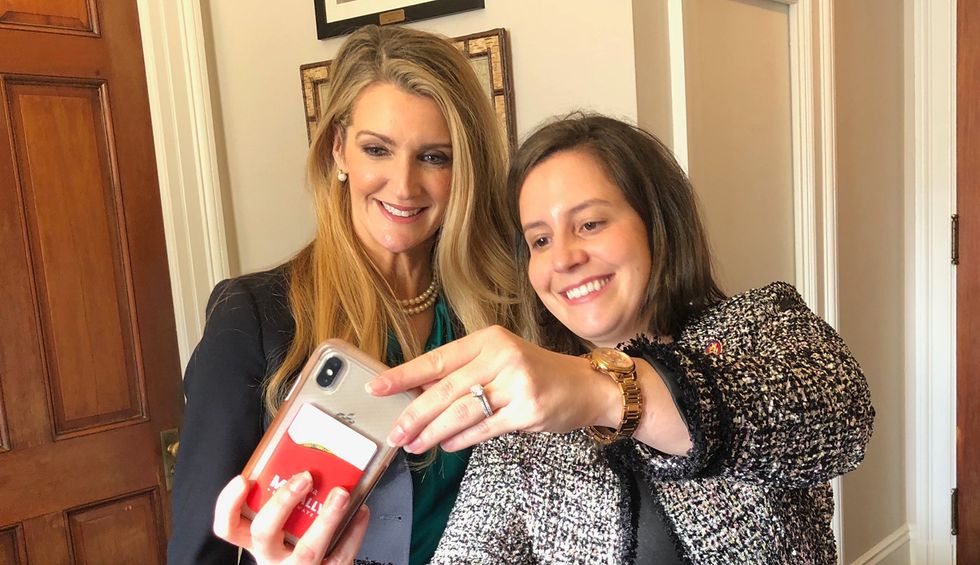 An ethics watchdog called for Sen. Kelly Loeffler, R-Ga., to be investigated by "any federal law enforcement agencies that have jurisdiction over insider trading" after a new report revealed the lawmaker unloaded millions of dollars in stocks from industries hit hard by the economic fallout over the coronavirus pandemic as she publicly downplayed the extent of the outbreak.

The largest transactions from Loeffler's most recent financial disclosures were three sales between Feb. 26 and March 11 of $18.7 million worth of stock in Intercontinental Exchange (which owns the New York Stock Exchange), according to figures provided to the Atlanta Journal-Constitution by the senator. Loeffler was once an executive of the company, and her husband, Jeff Sprecher, is its current CEO.

Since the start of 2020, the couple also sold shares in retail outlets like Lululemon and T. J. Maxx, which decreased in value as the pandemic worsened, and purchased stocks in DuPont, which manufactures COVID-19 protective garments. They also bought shares in Citrix, a telecom company that has profited amid an uptick in telecommuting.

The Georgia legislator towed the Trump administration's line as it initially downplayed the impact of the pandemic. For instance, she tweeted on Feb. 28 that "Democrats have dangerously and intentionally misled the American people on #Coronavirus readiness. Here's the truth: @realDonaldTrump & his administration are doing a great job working to keep Americans healthy & safe."

The controversial trades have fueled allegations of insider trading. If Loeffler indeed sold stocks based on insider knowledge she possessed about the impending pandemic, she would be in violation of the STOCK Act of 2012, which prohibits senators from using privileged knowledge for personal financial gain. Loeffler's campaign has denied wrongdoing. It claims that an investment firm manages the couple's stocks, their investment strategy had been determined prior to the outbreak and the senator was not personally involved in day-to-day trading decisions.

"This confirms that her conduct needs to be investigated by the Senate Ethics Committee and any federal law enforcement agencies that have jurisdiction over insider trading," Donald Sherman, deputy director at the watchdog Citizens for Responsibility and Ethics in Washington, told Salon on Wednesday. "It's obvious that at least some of the sales were made after she got a private briefing on Jan. 24, and some of those sales were made before Feb. 28, when she was attacking critics of the administration's response to the coronavirus and still saying that the Trump administration was 'doing a great job and working to keep Americans healthy and safe.' So there's certainly a question to be raised there."

Loeffler is not only the senator whose stock trades have been met with scrutiny. CNN reported earlier this week that the Federal Bureau of Investigation (FBI), which is coordinating its probe the Securities and Exchange Commission (SEC), has reached out to Sen. Richard Burr, R-N.C. His lawyer responded that Burr "welcomes a thorough review of the facts in this matter, which will establish that his actions were appropriate."

Fox News host Tucker Carlson denounced Burr's stock sales last week, telling his viewers that Burr seemed to have "had inside information about what could happen to our country, which is now happening, but he didn't warn the public. He didn't give a primetime address. Didn't go on television to sound the alarm. He didn't even disavow an op-ed he had written just ten days before claiming that America was, quote, 'better prepared than ever for coronavirus.' He didn't do any of those things."

The Fox News host added that "maybe there's an honest explanation for what he did. If there is, he should share it with the rest of us immediately. Otherwise, he must resign from the Senate and face prosecution for insider trading."
From Your Site Articles
Report typos and corrections to: feedback@alternet.org.