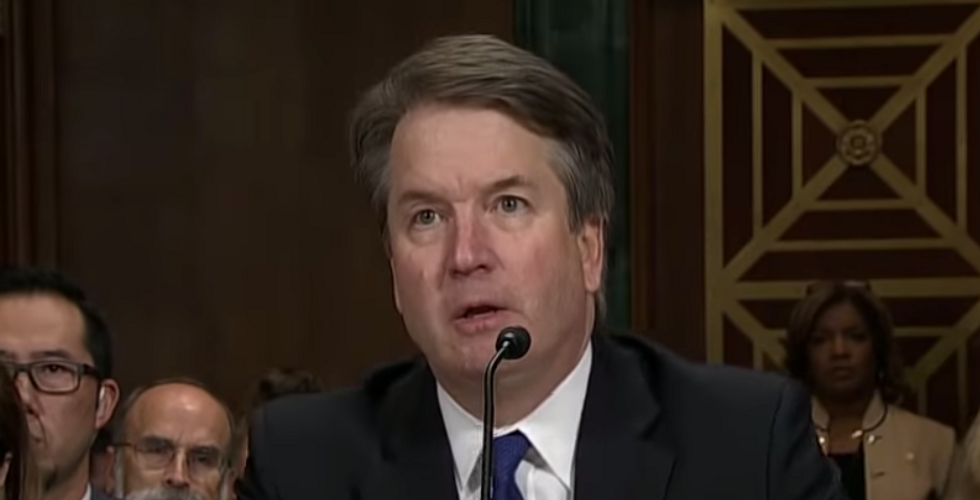 In the disastrous ruling handed down Monday night from the conservative justices, the Supreme Court said its move to sharply limit voting access for Tuesday's Wisconsin election was based on the details of a "narrow, technical question."

Nothing could be further from the truth. The unsigned opinion contained such a thinly reasoned and transparently frivolous defense of the court's decision that there's little doubt that the outcome, not the legal arguments, was all that mattered.

The case focused on the question of whether a lower district court's ruling that Wisconsin voters could mail in absentee ballots as long as they were received by April 13 would stand. The court's five conservatives decided to reverse the lower court and determined that ballots would have to be sent in or cast in person by April 7 or not be counted at all.

The problem with this ruling is that, with the coronavirus pandemic raging and Wisconsin under a stay-at-home order, many more voters in the state had requested absentee ballots. Many had not yet received them and feared they would not receive them by election day. If they were required to cast their ballots by April 7, they may be faced with either posing a danger to themselves or others by voting in person or forfeiting their right to have a say in the election.

So what reasons did opinion give for rejecting the lower court's workaround to this potential electoral disaster?

First, it argued repeatedly that the plaintiffs in the case, which include the Democratic National Committee, did not ask the district court in its preliminary injunction motions, for the remedy it provided: that absentee ballots could be mailed in after April 7.

"That is a critical point in the case," it said.

But as Justice Ruth Bader Ginsburg noted in her dissent, joined by all the other liberal justices, "the plaintiffs specifically requested that remedy at the preliminary-injuction hearing in view of the ever-increasing demand for absentee ballots."

Second, the majority cited the precedent of the 2006 case of Purcell v. Gonzalez, which it said established the principle that "lower federal courts should ordinarily not alter the election rules on the eve of an election." Yet the majority doesn't recognize at all that there's nothing ordinary about this case. We're experiencing a deadly global pandemic with no modern precedent, one that has forced the Supreme Court itself to stop hearing oral arguments. But the opinion doesn't even mention the pandemic until its second-to-last paragraph.

This argument is also an act of brazen hypocrisy. For it's the Supreme Court's intervention that literally ended up altering "the election rules on the eve of an election," while the lower court's decision was made days before. As Ginsburg pointed out, if it was bad for the lower court to change the rules then, the Supreme Court's actions must be even worse. A defender of the majority might say it's necessary to establish the precedent that rules of the election shouldn't be changed by lower courts right before an election. But this idea is contradictory. The court is itself setting a precedent that election rules can be changed, even mere hours before in-person voting begins.

It's true that there are often concerns about election results being released before voting is finished. Such disclosures may have an impact on the result, so there's reason to limit them. But it's not clear how important this consideration really is. There is, after all, plenty of information voters may use to assess the potential results of the election before they vote — polling, voter registration data — and none of this is seen as posing a threat to election integrity.

And while the majority is concerned about the impact on election integrity of the possible disclosure of incomplete results, it shows no concern about the fact that the election's integrity could be impacted by people failing to get their absentee ballots in time or avoiding in-person voting because of a deadly pandemic. Without even mentioning these threats to election integrity, the majority can make no claim to have properly weighed them against the concerns that motivated its ruling.

So the arguments the majority puts forth for its conclusions aren't worth the paper they're printed on. They're transparently frivolous, and Ginsburg expertly dissects them in her dissent. It's yet another sign the conservatives on the Supreme Court are driven by pure party politics. And when the Republican Party decides it wants to make voting as hard — and dangerous — as possible, the Supreme Court will have its back.