Comedian Michelle Wolf: The mainstream media is addicted to Trump — and feeding his childish need for constant attention 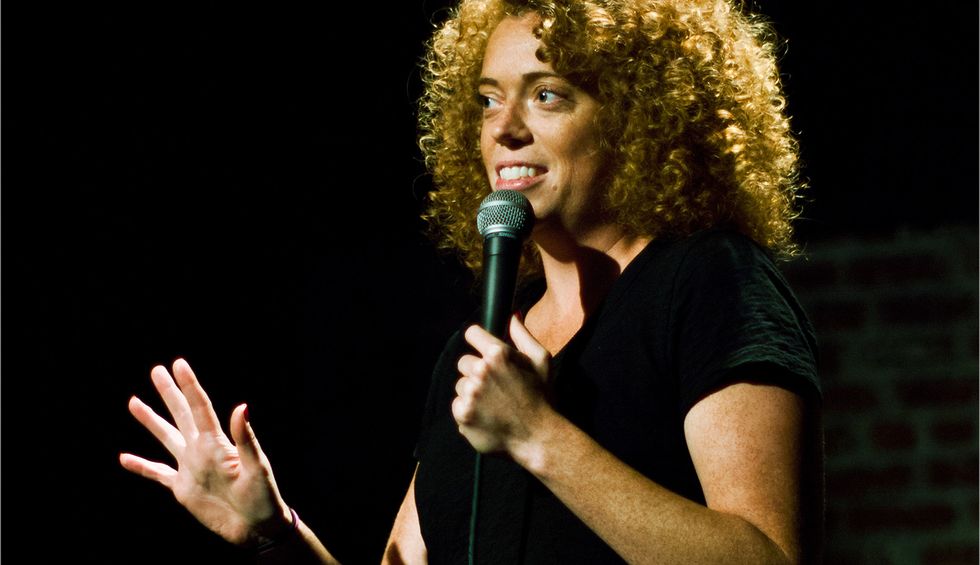 President Donald Trump is constantly railing against the mainstream media over what he calls “fake news,” which truth be told, is accurate reporting that he doesn’t like. But Trump also deeply resents being ignored by the press. And comedian Michelle Wolf, in a blistering but humorous op-ed published in the Daily Beast this week, warns journalists that Trump has a way of manipulating them into given him attention and that they’re taking the bait.

Wolf points out that originally, she was hired to write an op-ed with that theme for the Washington Post and “wrote something knowing full well that they would probably refuse to publish it.” And as she predicted, the op-ed wasn’t published. But the Beast published Wolf’s op-ed.

At a White House Correspondents Dinner, Wolf notes, she “called the news out on their gross, symbiotic relationship with Trump. Trump is great for their business, which is ironic since he’s catastrophic for his own. But the problem with criticizing the news is that they don’t like it — and they’re the ones who write the headlines.”

According to Wolf, the outlets that Trump rails against are also the ones that feed his childish need for constant attention.

“So who’s been blowing Trump?,” Wolf asserts. “Providing him sweet, sweet oral satisfaction? It’s The New York Times, it’s MSNBC, it’s CNN, it’s The Hill, it’s CBS, it’s definitely Fox News. It’s all of these media organizations and blogs and websites and books. It’s all the contributors who go on those shows and make money for every temper tantrum they throw. They’re all satisfying Trump, and then wiping their mouths with the money they made.”

The comedian goes on say that consumers of those publications are also part of the problem.

“It’s also YOU,” Wolf asserts. “It’s you who’s reading this right now and watching all those shows because you can’t wait to hear how bad Trump is every single day, like an ex who you can’t get over. You’re not #resist, you’re #obsessed.”