Will an oil tycoon who donated $500,000 to support Trump's re-election get bailed out by his administration? 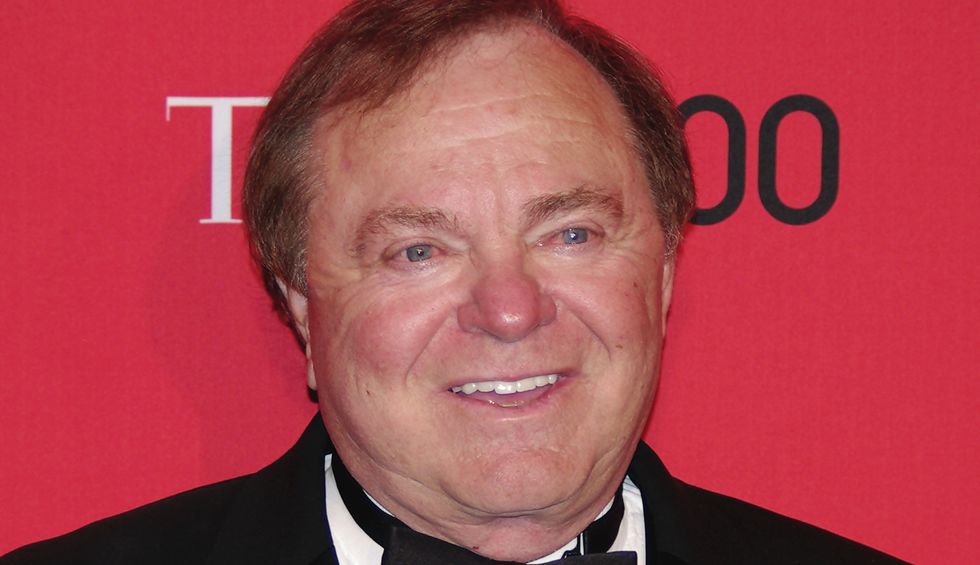 With oil prices plunging during the coronavirus outbreak, the Trump administration is weighing a federal bailout for oil and natural gas companies, according to a new report.

President Donald Trump has repeatedly touted a fracking boom under his administration, but oil and gas companies have seen profits drop amid an oil price war between Russia and Saudi Arabia.

"Alarmed" by the prospect that some of these companies, many of which are already in debt, could go out of business, White House officials have pushed for a federal bailout in the form of low-interest government loans, The Washington Post reported.

Among those pushing for the bailout is Harold Hamm, a billionaire Trump adviser who owns Continental Resources, an energy company which lost half of its market value Monday.

Hamm told The Post that although he had not made "direct" contact with the president, he advised the administration to consider "any action that the administration might take to protect and preserve American interests at this time from being unfairly disadvantaged."

Hamm has given more than $500,000 to support Trump's re-election effort since 2017, the government watchdog group Citizens for Ethics and Responsibility in Washington noted.

Some Trump advisers told The Post that the administration was eyeing "targeted assistance" for the companies. Though under consideration, another official warned that "political blowback over the idea may eventually lead campaign advisers and others in [the] administration to talk Trump out of it."

"It's difficult when governments selectively target individual industries," he said. "And there's going to be pushback on it, because it's political and may be tied to the administration's contacts and the people it knows."

Cornell University professor Robert Hockett, who has advised Sen. Bernie Sanders, I-Vt., and Sen. Elizabeth Warren, D-Mass., on economic policy, added that it was ridiculous to look out for big fracking companies while millions need relief.

"We are in the midst of a crisis where people are literally having to skip work and may miss paychecks or face medical debt," he said. "The idea you would look to help out shale companies now is like something out of a satire or a bad movie. It's absurd."

Trump also said that he was looking at bailing out airlines, cruise lines and the hospitality industry Tuesday, as they reel from the impact of COVID-19, the disease spread by the novel coronavirus. But the bailout proposals have received public pushback from Republicans.

"They can take care of themselves," Sen. Mike Braun, R-Ind., told The Washington Examiner. "Why do you overreact just when there's a little pain? That doesn't make sense."

Nick Loris, an economist at the right-wing Heritage Foundation, said such a bailout "would not sit well" with fiscal conservatives.

"Not only would it potentially put taxpayers on the hook for future potential losses and bankruptcies, it would distort the risk-taking process that is so critical in making these investments," he told the outlet. "We've seen the resiliency in the industry before, and I believe we'll see it again."

However, Alex Doukas, the lead analyst for advocacy group Oil Change International, predicted that Trump's big-money donors would heavily pressure the administration to ignore the criticism.

"With oil prices in free fall, expect oil companies to turn to their age-old tactic of bullying governments for even more subsidies on top of the hundreds of billions they benefit from annually," Doukas said. "Instead of more handouts to polluters, governments should make big investments in high-quality green jobs that will put people to work and ultimately end our dependence on the volatile fossil fuels that create climate chaos."

"Bailing out the oil industry won't help the workers who have to choose between their health and their paychecks. It won't help the people who could go into medical debt from COVID-19," Rep. Ro Khanna, D-Calif., tweeted. "We need paid family leave and Medicare expanded to every American."

"The American people are worried about missing paychecks, affording coronavirus tests, & being able to afford healthcare period. But [Trump] wants to bail out the oil industry?" Rep. Mark Pocan, D-Wis., added. "Leave it to Trump to prioritize his friends over the American people."