Why the coronavirus pandemic could weaken the school privatization agenda 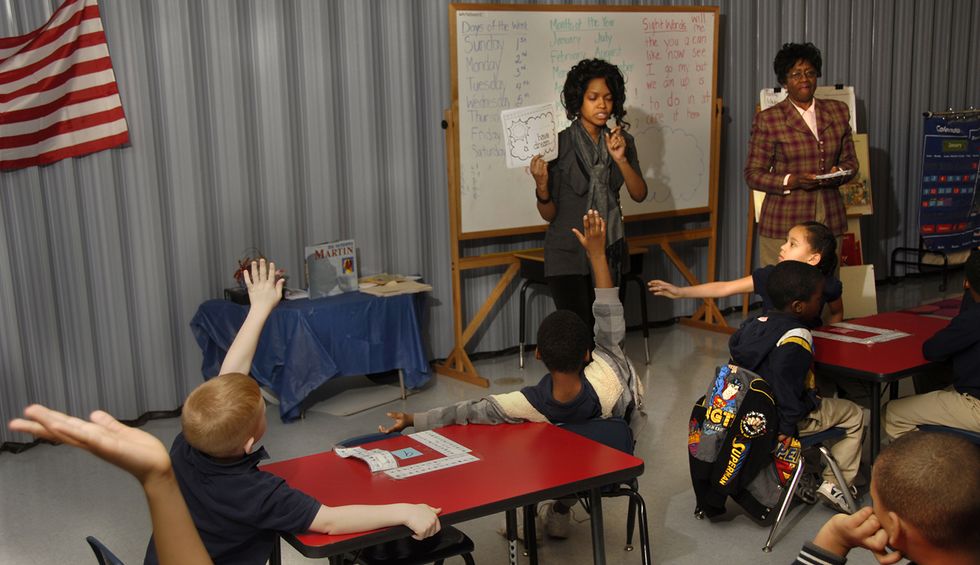 “The COVID-19 crisis reveals the true intentions of people,” Kathleen Oropeza told me during a phone call. Oropeza is a public school mom in Orlando and founder of Fund Education Now, a non-partisan grassroots effort to advocate for public education in Florida.

Her remark was in the context of concerns about how state officials were governing schools as the coronavirus was spreading across the state and generating fears of how the disease would affect schools and families.

Days after the first victims tested positive in the state and the first deaths were reported, Florida lawmakers in the House seemed oblivious to the impending crisis and instead passed new legislation to expand the state’s voucher program, thus diverting an additional $200 million from the state’s public schools.

The bill passed despite evidence that many of the private schools that would receive the voucher money openly discriminate against LGBTQ children and families, are not required to hire certified teachers, and generally provide a subpar education.

When Florida schools extended their spring breaks to slow the mounting epidemic, Oropeza received a tip from an anonymous trusted source that state Education Commissioner Richard Corcoran had called local school superintendents to urge them to restart schools March 30, primarily so school leaders could prepare for state-required standardized tests scheduled to begin April 1. According to Oropeza’s source, Corcoran made it clear the state considers test scores necessary for policy-making even if the scores would be much lower due to school schedule disruptions.

Oropeza and her fellow activists also noticed a “blitz” of new marketing pitches from online education providers, most of whom operate for-profit. The fear she and others had is that tests would be used to assess learnings that in no way reflect what students were being exposed to in online courses, which she and her colleagues consider to be poor quality.

In Florida, “we’ve long seen testing used as a way to punish teachers and schools,” she said, “and now in a time of crisis, the top priority still seems to be on testing and accountability instead of the best interests of children.”

Oropeza and Fund Education Now organized a petition campaign to demand Commissioner Corcoran and Governor Ron DeSantis cancel standardized testing for the entire 2019-2020 academic year and waive the 180-school-days graduation requirement for students, especially for graduating seniors, so they would still be eligible to enroll in colleges and other degree programs requiring high school diplomas. (Governor DeSantis did decide later to cancel classes, push back school openings and waive the 180-day requirements for students.)

As Florida state officials enforced a “business as usual” approach, as the Tampa Bay Times reported, policy leaders in other states were listening to the concerns of parents and educators.

As Valerie Strauss at the Washington Post reported, popular college admission exams such as the SAT and ACT were suddenly being canceled, and some states and school districts were considering cancelations of standardized testing or giving mixed messages about enforcing assessment policies.

The U.S. Department of Education also announced it would consider waiving the national requirement for states to conduct annual assessments.

A few days later, Strauss reported, state leaders in Texas and Washington canceled testing and Ohio Governor Mike DeWine indicated an inclination to eliminate exams. Those early cancelations seemed to have resulted in a domino effect as more states canceled or suspended tests or sought waivers from the federal government.

Some states are choosing to shutter school buildings for the rest of the academic year, while pledges some schools have made to take learning online seem unrealistic.

Among the states to outright cancel was Florida, where Governor DeSantis also pushed back school openings and waived the 180-day requirements for students.

Fund Education Now issued a thank-you to DeSantis for dropping the tests and seat-time requirement, but Oropeza still expressed concern to me that Florida lawmakers would “stick like glue to their school accountability agenda” even as the coronavirus epidemic and its impact on schools, families, and communities pushed that agenda to the margins of irrelevancy.

Not content with a rollback of testing in a few states, state officials and public school advocates, including the Network for Public Education, called on the federal government to drop legal requirements for states to conduct annual assessments.

Secretary of Education Betsy DeVos told some states they could cancel tests only if their testing period overlapped days when schools were closed due to the pandemic, but many of these states are urging her to issue a nationwide waiver, and some states, including California and Colorado, are ignoring her guidance.

“It’s outrageous that the Trump administration is continuing with high-stakes standardized testing but can’t properly provide tests for coronavirus,” Seattle-based high school teacher Jesse Hagopian told me in an email. Hagopian is an organizer with Black Lives Matter at School, the editor of More Than a Score: The New Uprising Against High-Stakes Testing, and a leading voice in the movement to end high-stakes standardized testing.

“His efforts gained national attention in 2013 when he and other teachers at [his high school] organized a successful boycott of … a set of standardized tests mandated by the Seattle Public Schools,” wrote Erin Middlewood for the Progressive magazine in 2015. “Under pressure, the district changed its policy and left it up to individual schools whether to administer the test.”

In his email to me, Hagopian wrote, “There are more important things right now—and really always—than ranking, sorting, and punishing students with high-stakes tests.”

The rash of canceled tests across the country caused some knowledgeable observers to speculate on Twitter that the testing industry would not be able to withstand the financial difficulties of a nationwide cancelation. But what is also in danger is the whole policy imperative of the market-based education agenda.

Much in the same way that widespread teacher walkouts and the Red for Ed movement over the past two years revealed the overwhelming need for government officials to increase funding and support for frontline teachers, the mounting fallout of school closures due to the COVID-19 pandemic is forcing politicians and policymakers to acknowledge the importance of schools as vital community institutions that need resources and support rather than fiscal austerity, privatization, and punitive accountability—the pillars of the market-based education movement.

Even amidst the avalanche of reported school closings, advocates of the market-based approach were lamenting the failure of their decades-long efforts.

“Neither standards and accountability nor charter schools have lived up to their promoters’ lofty aspirations. And there is much public unhappiness with school reform,” wrote Kevin Carey in an analysis for the Washington Post. Carey, a policy analyst for a Washington, D.C., think tank that favored the education reform agenda, worked for years in policy shops that pushed market-based agendas.

Carey noted a rising political opposition to market-based education advocates from the right and the left, including Tea Party Republicans who object to Common Core Standards and federal overreach in local decision-making and among progressive Democrats who are angered by the unfairness and inequities caused by market-based solutions.

But while he asserted that “School reform began with the civil rights movement,” he completely ignored the econometric principles that ended up driving privatization policies rather than the moral values of human rights and justice that powered the civil rights movement. Market-based education advocates have long obsessed over rigid standards, outcome measures, and competition from charter schools rather than providing schools and students with what they really needed, especially in communities that rely heavily on schools as anchor institutions.

For years, protests against the market-based school agenda have been scaling up from isolated actions to a nationwide movement widespread among teachers, students, and parents; grassroots-driven; and unified in opposition to an education agenda that values testing students and charter schools over attending to the needs for learners to have well-paid teachers, basic supplies, accessible curricula, and support from nurses, counselors, and librarians.

However, few states have taken advantage of this latitude.

“Our state lawmakers could have lightened the burden of testing when ESSA was passed,” Oropeza said, “but they didn’t even consider it.”

Now that state and federal authorities are being forced to weigh the necessity of testing against other vastly more important concerns, perhaps more of them will choose to chuck the remaining vestiges of the privatizing and market-reform ideology altogether.

This article was produced by Our Schools, a project of the Independent Media Institute.
From Your Site Articles
Report typos and corrections to: feedback@alternet.org.